By Anuar Abdrakhmanov in Sports on 20 February 2018 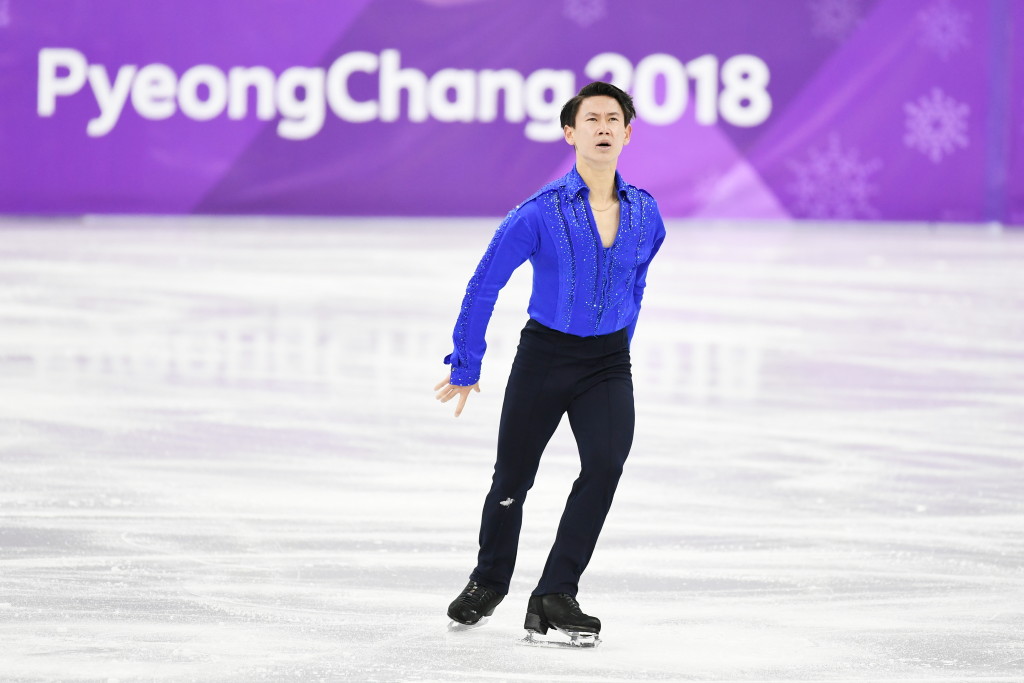 According to the skater himself, the injuries that plagued him throughout the season also affected his Olympic performance. Ten ruptured his ankle ligaments in August 2017, ahead of an ice show in Korea. Doctors gave permission for him to continue to train under the supervision of specialists.

But this is far from Ten’s first injury. The first time the skater was told he needed to rest and heal was after an unsuccessful performance at the 2016 World Championship in Boston, where he took 12th place. However, Ten continued to work, even though after the 2014 Olympics, other leading figure skaters decided to take a break to recover.

“This was definitely not my best performance. As I said before, this season was very difficult for me. I am glad and proud that I still managed to take part in the Olympic Games in South Korea. I literally go to bed with pain in my legs every night and wake up hoping that a new day is a moment for new achievements. Every day is a struggle for me. Unfortunately, not everything worked out well, but this is not a reason for being upset. I will try to bounce back in the future,” Ten said after his PyeongChang competition was over.

He said he intends to continue to fight and return to the top ranks of global figure skating again.

“I am very happy to be the first athlete in the history of Kazakhstan’s figure skating to win an Olympic medal. It’s a pity we still don’t have a growing generation of men’s figure skaters, those who could give me the chance to take a break for at least a year to heal the injuries. Injuries are like dominoes. One injury follows another. It’s very hard. Sport means daily stress for the human body. Despite all the difficulties, I train every day, and I had many opportunities to do something different in life. That might be why I wanted to finish my career after the Sochi Olympics. But I still love sports and I want to make all my fans happy,” Ten added.

The athlete stressed that in recent years, Kazakhstan has made impressive achievements in sport.

“Kazakh journalists come to the Olympics. Our people are interested in figure skating, such major competitions as the Universiade 2017 are held in our country, and we competed for the right to host the Olympics, so I can conclude that winter sports are developing in Kazakhstan. This is also thanks to the efforts of our athletes such as Vladimir Smirnov, Yuliya Galysheva, Yelena Khrustaleva. It’s nice that Kazakhstan is known in the world figure skating arena. I am grateful to all the people of Kazakhstan for keeping an eye on my career, for helping us move forward. This is the most important thing,” said Ten.

Ten, who is of Korean heritage, is very popular in South Korea. A few days before the skating competition kicked off, one of the local TV channels showed a one-hour documentary about his ancestors and his journey to his victories at the world championships and the Olympics.