Kazakhstan to face off against Croatia in Davis Cup quarterfinals

By Aigerim Sadykova in Sports on 7 February 2018

ASTANA – Kazakhstan’s men’s tennis team beat Switzerland in the first round of the Davis World Cup, held Feb. 2 to 4 at National Tennis Centre of Astana. Timur Khabibulin and Aleksandr Nedovyesov won their doubles rubber matchup, according to ATP World Tour. 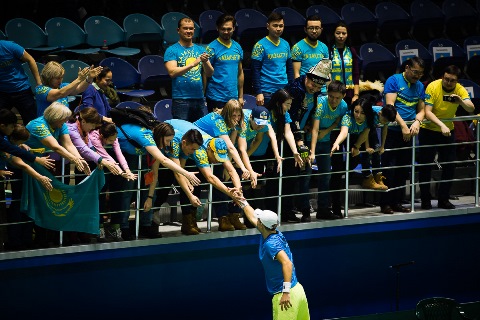 “These two days proved that anything can happen in the Davis Cup,” Nedovyesov said after the match. “Losing the fourth set, it was difficult to get back into the game. I think at that moment the Swiss were the favourites in psychological terms, but thanks to our team morale and support from the captain and fans, we were able to return. As a team, we continued to believe in each other and follow our plan. We believed that we are the best, that we can eventually achieve the victory.”

The results of first day gave the Kazakh team the chance for a quick victory with a 2-0 team score in the singles rubber. Starting to play in 2017, Dmitry Popko defeated Henri Laaksonen, the first racket of Switzerland. And Mikhail Kukushkin, who has competed in Davis Cups since 2008, won his battle against young Swiss player Adrian Bodmer. 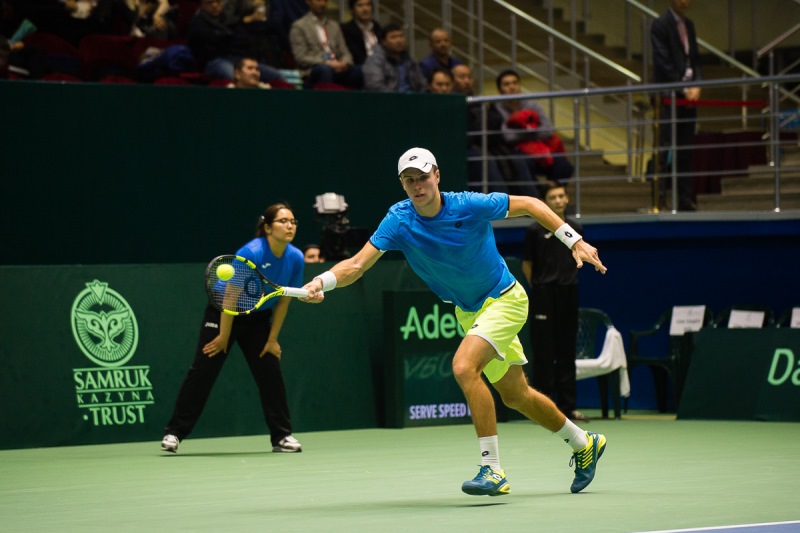 A five-set doubles match became the big game for both teams, as the result could have tipped the competition to one country or the other. Khabibulin and Nedovyesov won the first sets, 6-4, 6-4, over Swiss players Marc-Andrea Huesler and Luca Margaroli, but fell behind in the third, 3-6. However, the deciding sets ended with 6-7(5), 6-3 scores for the Kazakh duo, sending Kazakhstan to the Davis Cup quarterfinal early with a 3-0 team score.

With the competition settled, the Kazakh and Swiss captains decided to play fourth and fifth matches on Feb. 4 for training. Switzerland’s Huesler and Bodmer faced Roman Khassanov and Popko. Switzerland got one point and the score became 4-1 in favour of Kazakhstan.

Winning four games of five in the first round, Kazakhstan will now face Croatia, who come to the quarterfinals with a score of 3-1 over Canada. The Davis Cup quarterfinal will be held April 6 to 8 and Kazakhstan will play in a guest’s court. This time, the Kazakh team will have tough battle against the third racket in the world in singles, Croatian Marin Cilic.

The Davis Cup, the largest international team competition in men’s tennis, has annually gathered players from different countries to fight for the title of world tennis champion since 1900. The idea of the Davis Cup arose when four members of the U.S.’ Harvard University tennis team wanted to arrange a match between the U.S. and Great Britain.