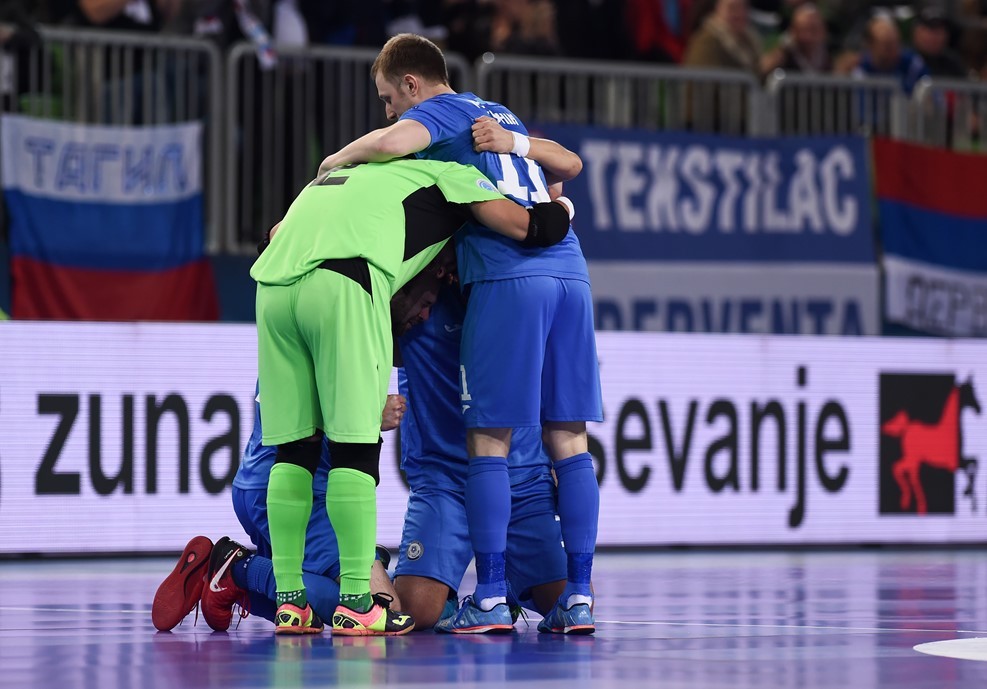 Team Kazakhstan started the tournament with a confident 5-1 win over Poland, followed by a difficult match with Russia that ended in a 1-1 draw, enough to bring Kazakhstan to the playoffs.

In the quarterfinals, Kazakhstan faced Serbia, the team they had defeated 5-2 at the European Championship two years ago to take the bronze. This time, the match was much more difficult.

In the rematch, team Kazakhstan was able to take the lead thanks to Serik Zhamankulov and extended it after the break thanks to Taynan. Near the middle of the second half, the Serbs managed to get one goal back, scored by Slobodan Rajkovic. At the end of the game, Serbia attacked, but failed to come up with anything. The Kazakhs were more successful, and a few seconds before the end of the match, Douglas Junior set the final score as 3-1 for team Kazakhstan.

Few expected Kazakhstan to be tough competition for one of the world’s best teams, but the match showed the opposite.

The Kazakhs came in ready to fight from the opening minutes and were the first to open the score. Douglas intercepted the ball and brought Taynan to shooting position, where he scored his third goal at the European Championship. Still, the first half ended with the Spanish team leading. 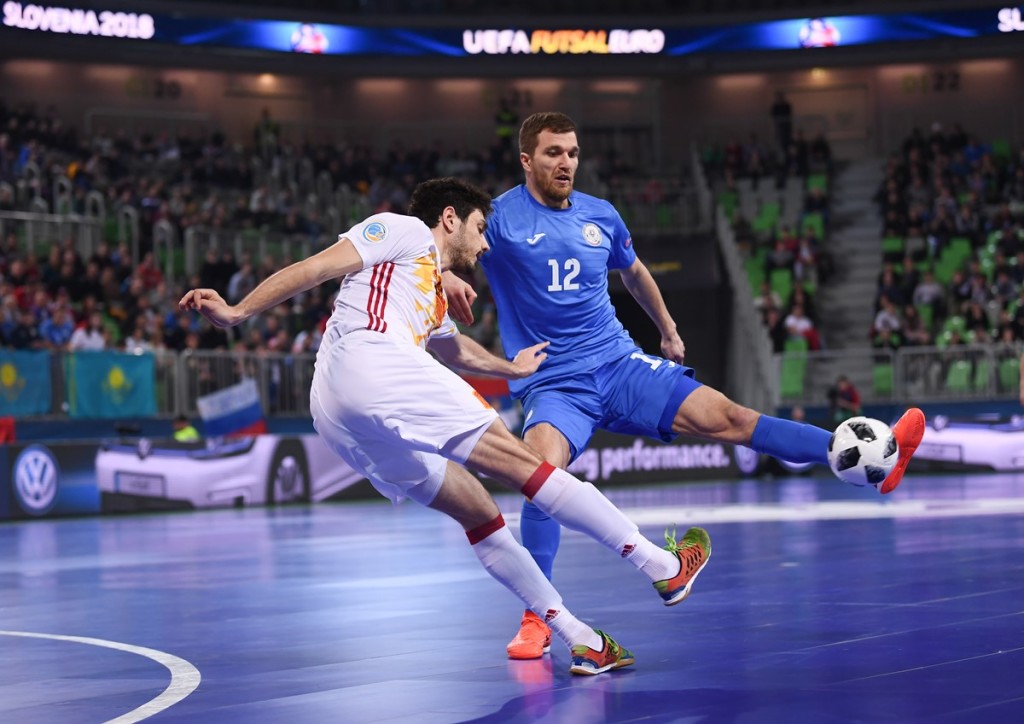 Then Chingiz Yessenamanov turned a goal into his own net, and Tolra brought the Spanish team ahead. In the 25th minute, Kazakhs managed to equalise and even take the lead: first, Higuita hit an accurate long ranger to the top corner; then Pavel Taku, taking the field for the first time, sent another ball into Paco Sedano’s net. 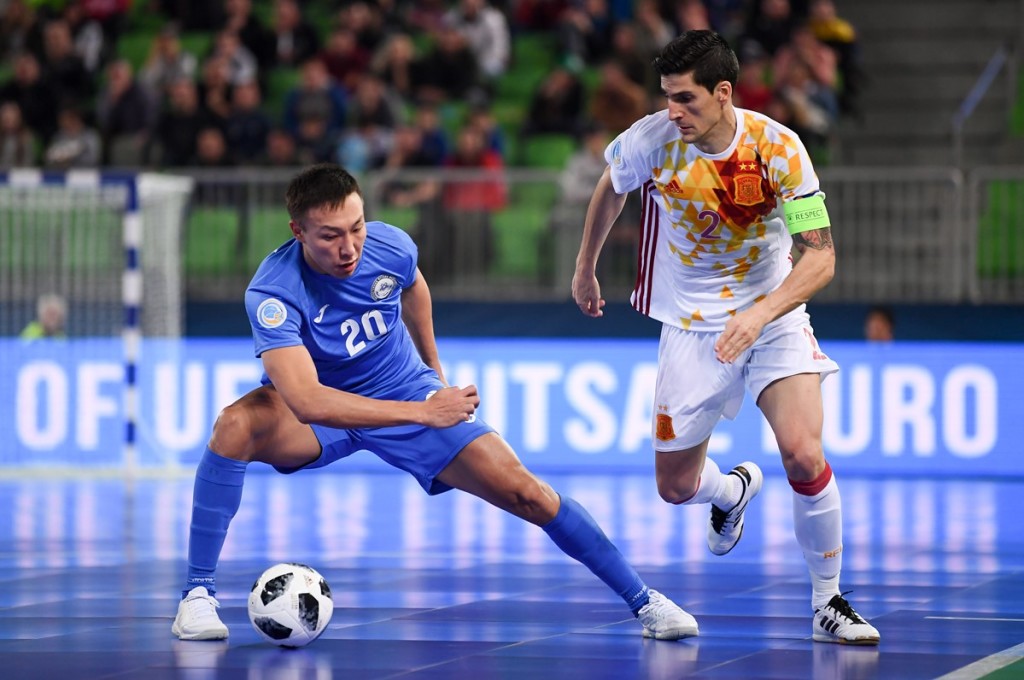 The match came to a dramatic close. Pola gave team Spain the lead in the 33rd minute, but 79 seconds before the end of the second half, Douglas scored as well. For the first time in this championship, two overtimes were played, though they moved the match no further. In the end, Spain took the match 3-1 in a penalty shootout.

“It’s surprising how cruel sport can be. We showed ourselves well today.’ People enjoyed the show. Spain defended well, but I think Kazakhstan deserved to reach the final. My players are heroes, and none of them deserved a defeat in this game, but there cannot be two winners,” said Kazakhstan’s head coach Cacau after the match.

Kazakhstan subsequently lost 0-1 to Russia in the bronze medal match.