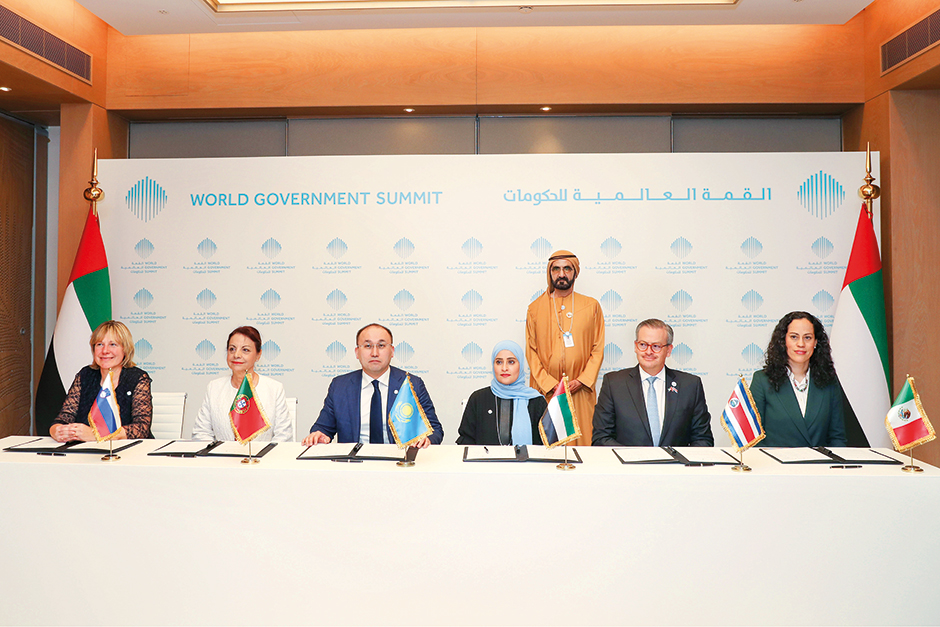 “The Global Happiness Coalition reflects the message where the United Arab Emirates’ aspirations meet with the ambitions of different nations around the world towards creating a better future for everyone. It is time to join efforts as governments to come up with new approaches and mechanisms to achieve people’s happiness and improve their quality of life,” he noted.

The coalition was announced Feb. 12 during the sixth World Government Summit (WGS) in Dubai. The group will meet during the annual WGS to review achievements and exchange ideas that may help members improve policies and programmes to ensure happiness is sustained.

“We perceive people’s happiness as a benchmark for government efficiency and an important indicator in assessing its policies and programmes. It is also a common objective which both government and private sectors collaborate to achieve,” said Al Maktoum, according to WAM, the Emirates news agency.

He added the coalition is an opportunity for its members to exchange ideas and expertise and learn from UAE’s experiences, as well as show its vision regarding the importance of happiness as the ultimate goal for any government. He suggested investing in happiness promotes security, peace and coexistence between nations.

“Happiness is the opposite of hatred and extremism. We look forward to the Global Happiness Coalition laying the foundation for a positive transformation in the world,” he said.

First held in 2013, the WGS has turned into an event of international scale. The platform is used to present innovation projects, with the hope of ensuring breakthroughs in science and technology. More than 4,000 delegates from 140 countries, including the heads of international organisations and representatives of leading science and technology institutions and global technology corporations, took part in this year’s event.