By Anuar Abdrakhmanov in Sports on 27 February 2018 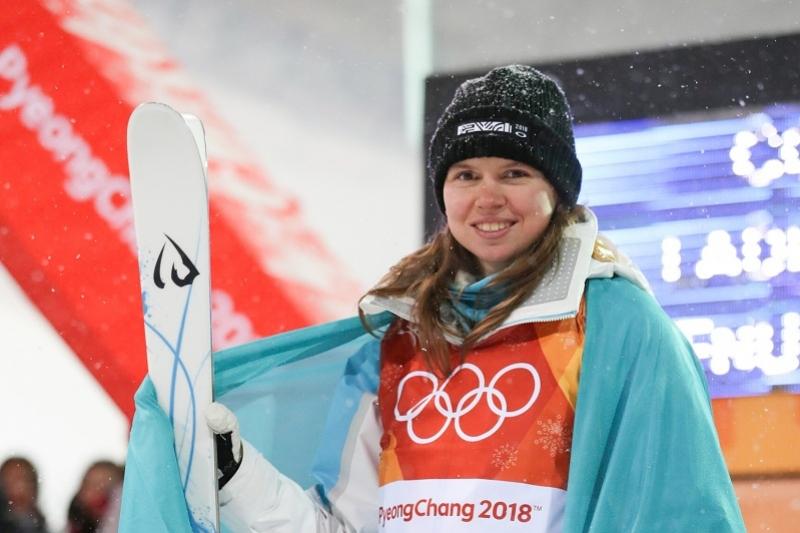 “This is the result of many years of work. Not everyone can win an Olympic medal, and you need to be born that way. Fortunately, our East Kazakhstan region, our city is a favourable place for talents such as Yulia Galysheva, Pavel Kolmakov, Dmitry Reikherd and Ayaulym Amrenova. Our entire coaching staff is also from Ust-Kamenogorsk. The goal of achieving such high results was set 20 years ago by our first coaches Viktor Lemeshko and Vladimir Svetlov, who were doing this sport out of sheer enthusiasm. They trained a great number of athletes. Today, there are those who achieve great success,” said Kruglykhina.

Galysheva also won gold medals at the Asian Games 2011 and Universiade 2015. Many felt she should have won a medal at the Sochi Olympics and the athlete contemplated leaving the sport after the judges failed to award her a medal at those games. But she changed her mind and worked with Kruglykhina and other coaches to compete in Seoul.

“We always prepare a few jumps for the athletes. The more different elements you have, the more chances to achieve great results. But this is the Olympics, this is a great responsibility, people expect you to win medals, so you should be very careful. We chose the maximum programme that Yulia could perform, considering her psychological preparation, because physically all the athletes are ready. Success is achieved only by those who are stronger psychologically,” Kruglykhina believes.

Kruglykhina also noted that Galysheva received offers after the Sochi Olympics to compete on behalf of other countries but remained with the Kazakh team.

“Galysheva never wanted to change the country, she only wanted support. Kazakhstan will not let go of such an athlete as Yulia, who steadily wins medals at international competitions. We received support, thanks to which we managed to win an Olympic medal,” said Kruglykhina.