Kazakh singer named most popular singer of the year in China

By Dana Omirgazy in Culture on 15 February 2018

ASTANA – Kazakh singer Dimash Kudaibergen is gaining popularity worldwide and was named Most Popular Singer of the Year for the second year in a row at the Feb. 9 Top Global Chinese Music Awards. 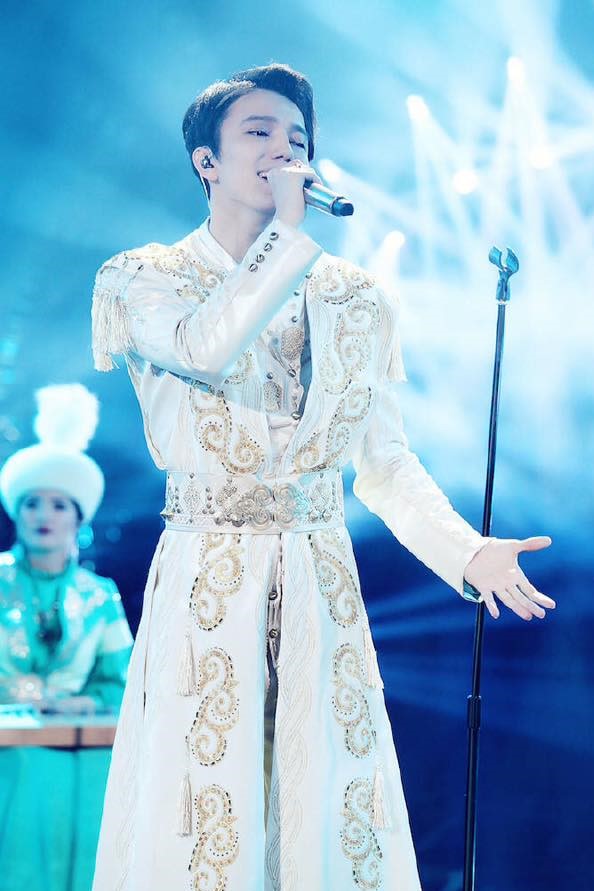 “I love you very much, thank you for your love,” Kudaibergen wrote on his page in Instagram.

He was also named Most Popular Foreign Singer at the Asian Music GaLa, received accolades at the MTV music awards and, at the end of last year, was awarded Best Artist at the Global Golden Chart Awards in Beijing.

Meanwhile, fans of Kudaibergen in France are awaiting his performance at the spring International Francophonie Day, said counsellor for cultural and cooperation affairs at the French Embassy in Kazakhstan Guillaume Kasperski.

“We know that Kudaibergen performs songs in the French language. The French Embassy is working with him. Dimash is the pride of Kazakhstan, he is known and loved in France. Kudaibergen fan club members dream to meet with him. As planned, Kudaibergen will take part in the celebration of the holiday, and, perhaps, he will perform the songs in French,” he said.

The Kazakh singer is currently on tour in China and has signed a one-and-a-half-year contract with Chinese agency BG Talent to participate in the world tour, inform.kz reports.

Aktobe-born and raised, Kudaibergen was the winner of the Grand Prix of the Slavic Bazaar 2015 competition in Vitebsk (Belarus) and the People’s Favourite National Prize in Kazakhstan. He was awarded the Certificate of Honour of the Kazakh President for helping to unify the people of Kazakhstan. In March last year, the Kazakh star won the top award at the China Top Music Awards in the category Best Asian Popular Singer for his outstanding performances in the television show “Singer 2017.”