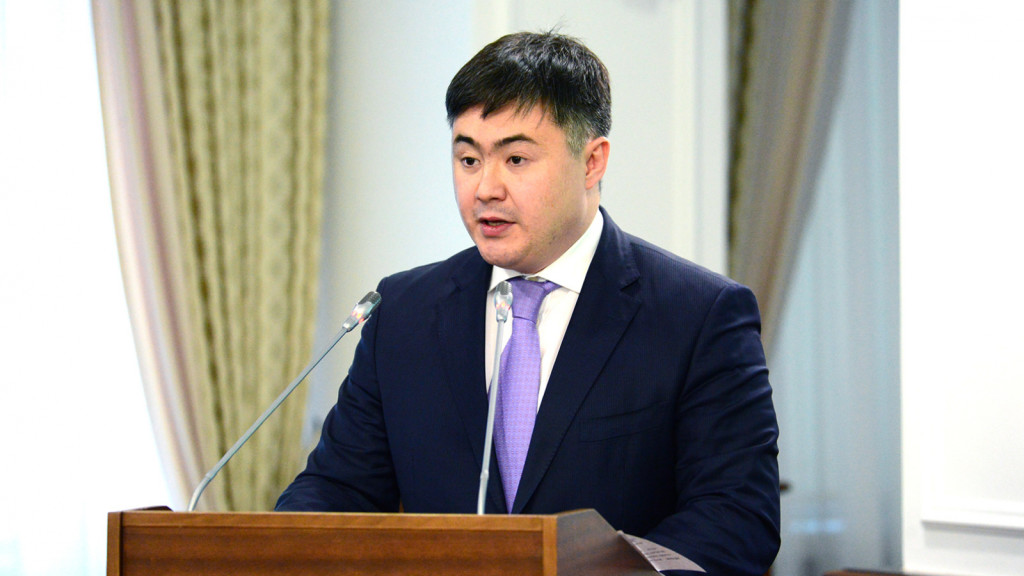 “As instructed by the President at the Feb. 9 extended government meeting, we have identified the main priorities for 2018 in addition to those that are contained in the national action plan. First, we commit to working on tax administration and tax policy improvements in order to increase the tax revenue to GDP ratio to 25 percent by 2025. This year, we will carry out an economic analysis and propose suggestions to address this issue,” said Suleimenov.

The ministry will also take strict control of the public debt. Government borrowing and National Bank and local budgets currently comprise 26 percent of the GDP, which is a safe level, he noted. That indicator can be decreased to 23.7 percent by 2022, according to the socio-economic development forecast, and measures will be taken to exclude domestic borrowing from the public debt calculation.

“A thorough analysis of state support measures will be conducted with the Ministry for Investment and Development in the first part of the year to assess how effective those measures were and how they can be improved to help competitive export-oriented business entities,” he added.

The ministry will monitor fulfilling the Industrialisation and Economic Growth programme, one of the directions stipulated in the 100 Concrete Steps Plan of the Nation. As the privatisation programme continues, its benefits for business, budget and the economy during the first half of the year will be analysed with the Ministry of Finance.

“We will continue execution of the second five-year plan on industrial and innovative development. The manufacturing industry still constitutes 11 percent of the GDP due to the overall growth of the economy. Therefore, comprehensive analysis in general is needed to assess the structure of the industry and economics,” said Suleimenov.

Sultanov reported on this year’s plan to execute the tasks assigned by the President, adding Astana-1, the information system for electronic customs declaration, will be fully launched in April.

“Upon joining the WTO (World Trade Organisation), Kazakhstan undertook to establish the system of tracking goods using lower customs fees. The ministry plans to launch the virtual warehouse module, which will count the inventories of a taxpayer automatically and next year track the goods from the producer to the customer. Thus, the software will help decrease the risk of operations carried out without the provision of goods,” he said.

The ministry is also taking measures to increase the number of users of the E-invoice information system, which registers all major taxpayers and 1,500 international logistics providers, to 312,000. All VAT (value added tax) taxpayers will enter the system beginning January 2019. An information system for VAT administration, currently being developed using blockchain with IBM, PWC and the innovative technologies park, will be presented in August.

The number of tax checks was lowered to 45 percent in 2017 and the ministry plans to reduce the figure to 37.5 per cent.

“We will commit to decreasing the public debt as well. Last year, we prioritised domestic borrowing to reduce dependency on foreign funds. The ministry now plans to work with Euroclear and AIFC (Astana International Financial Centre) to issue eurobonds denominated in Kazakh, Sukuk and Islamic securities,” added Sultanov.