ASTANA – The Kazakh Ministry of Labour and Social Protection will focus on formalising the self-employed workforce and continue digital transformation in the field in 2018, according to newly-appointed Minister Madina Abylkassymova. 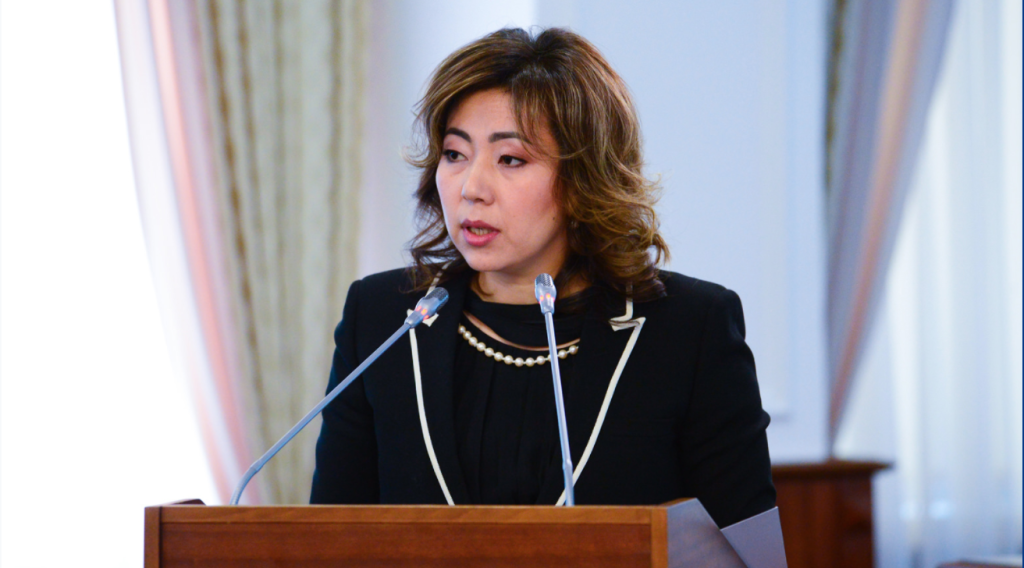 The issue of the self-employed population, which currently accounts for nearly one-quarter of the nation’s workforce, was raised during a Feb. 9 extended government meeting. President Nursultan Nazarbayev criticised the ministry’s performance in this area and noted failure to address the self-employed population that does not pay taxes delayed introduction of a mandatory social medical insurance system initially scheduled for last July.

He instructed the government to address the issue and the same day signed a decree appointing Abylkassymova, then Vice Minister of National Economy, as the new Labour and Social Protection Minister. She replaced Tamara Duissenova.

Current legislation is not equipped for self- and atypical forms employment. Abylkassymova reported the ministry will prepare a draft bill formalising the self-employed and informally employed (workers not paying pension contribution or unregistered businesses) population. The project will envision mandatory simplified registration of the self-employed workforce, among other aspects.

“We will develop tax stimulating measures to move the self-employed from the shadows and simplify tax administration. The term ‘self-employed population’ will be defined in all laws and normative and legal acts in accordance with best international practices,” she said.

The informally-employed population needs to be engaged in the nation’s economy and its mandatory social medical insurance system, she noted, and the ministry will present a road map including measures meant to help achieve the objective.

Abylkassymova said the self-employed population will be trained and encouraged to engage in productive employment.

Another priority of the ministry’s work is developing skills necessary for a new digital economy and creating quality jobs.

“Professional standards and relevant educational programmes will be renovated to increase the competitiveness of labour resources and their productivity. A national qualification system will be set up which will lay out the new approaches necessary for a digital economy. We will update the list of qualifications needed for the new economy as part of the fourth industrial revolution, as well as improving the quality of education,” she said.

Digitally transforming the economy entails jobs offset in different sectors. The measures regulating labour flow between the economic sectors will therefore be developed with companies, she added.

The ministry will continue working on productive employment and a mass entrepreneurship development programme.

The plan also includes measures to attract foreigners to work in key industries and economy sectors.

This year, the focus is also on digitising the social and labour sectors.

Other digital solutions planned by the ministry include a pilot e-HR system envisioning electronic employment contracts, an employment record book and an electronic social services system, which will enable a “proactive approach to providing social services and improve their quality,” she added.