By Dana Omirgazy in Business on 1 February 2018

ASTANA – The Kazakh government is continuing efforts to reduce activities for state and quasi-public companies in order to protect and promote competition in the country. Last year, 108 laws and 972 bylaws were audited to identify rules that hinder competition. As a result, 144 norms preventing competition were identified, said Minister of National Economy Timur Suleimenov at a Jan. 30 government meeting. 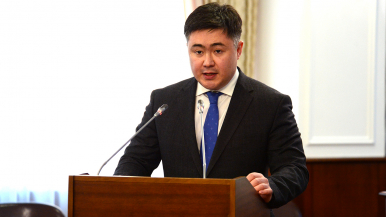 The most serious measures to reduce business costs were aimed at business deregulation; reducing a number of paid public services, as well as enterprise services (monopolies and quasi-public enterprises) or reducing their costs; revising individual tax rates and mandatory payments to the budget (fees); abolishing excessive requirements imposed on business entities when exercising state control and supervision or when they receive permits; optimising information tools and regulating issuance of technical conditions to connect to natural monopolies’ engineering communications, reported primeminister.kz.Amendments made to the relevant legislative acts were reflected in the draft law “On Amendments and Additions to Certain Legislative Acts of the Republic of Kazakhstan on Improving Business Regulation,” which is being considered by the Mazhilis (lower chamber of Parliament).

The Comprehensive Plan for Privatisation for 2016-2020, which originally included 734 facilities subject to privatisation, was approved to consolidate the principles of the Yellow Pages Rule and create effective protection for businesses from the actions of state agencies that restrict competition. As a result, 367 facilities worth 164 billion tenge (US$508.4 million) were sold by the state from 902 facilities in 2016-2017 as envisioned by the plan.

In November, the ministry sent proposals to the government on excluding 65 types of activities following commodity markets analysis. Of those, 17 are state enterprise activities in national ownership and the remainder are quasi-governmental activities or national managing holdings. The measures taken to reduce the state’s participation in entrepreneurial activities will be continued by implementing the state-of-the-nation address, “New opportunities under the Fourth Industrial Revolution,” published Jan. 10.

“At present, the ministry has established a working group to determine the list of state institutions and subjects of the quasi-public sector for transfer to the competitive environment or liquidation, as well as their consolidation. Information on the work results of the group will be submitted to the government in three stages: in April, May and June,” said Suleimenov.

In 2016, the Kazakh antimonopoly authority was admitted as a participant in the Organisation for Economic Co-operation and Development (OECD) competition committee. This year, a visit by OECD experts is planned to analyse the practical application of changes in antimonopoly legislation introduced in 2015-2016. In 2019, a large-scale OECD review is scheduled on competition law and policy.