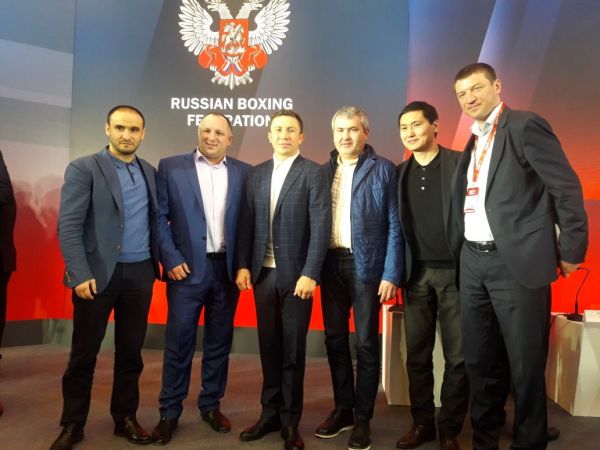 “It was a big honour for me to be ambassador at the First International Boxing Forum. Thank you so much to the Boxing Federation of Russia and all the people of Sochi for organising such a significant event,” wrote Golovkin on his Instagram page.

According to the press service of the Kazakhstan Boxing Federation, GGG received the Boxer of the Year title, and Golovkin’s coach Abel Sanchez was named Best Coach of the Year.

The event included referees’ seminars, councils for heads of international boxing organisations, roundtables with Olympic champions and master classes. A focus of the discussions was the possibility of amateur and professional boxing rapprochement.

The Kazakhstan Boxing Federation, as well as the hosting Boxing Federation of Russia agree that amateur boxing is a popular sport and should be more self-sufficient and less depend on state funding.

“Olympic boxing, as well as professional boxing, has a huge army of fans and great commercial potential,” said Bektenov. “Our goal is to unleash this potential and bring together amateurs and professionals. I think, together we can do it in the coming years, AIBA has already made the first steps to it.”

Representatives of more than 130 countries attended the event.