By Dana Omirgazy in Sports on 9 February 2018

ASTANA – Some of the best eagle hunters from across Kazakhstan met Feb. 2-4 in the Urdzhar district of the East Kazakhstan region to compete in the 12th annual National Eagle Hunting Championship. 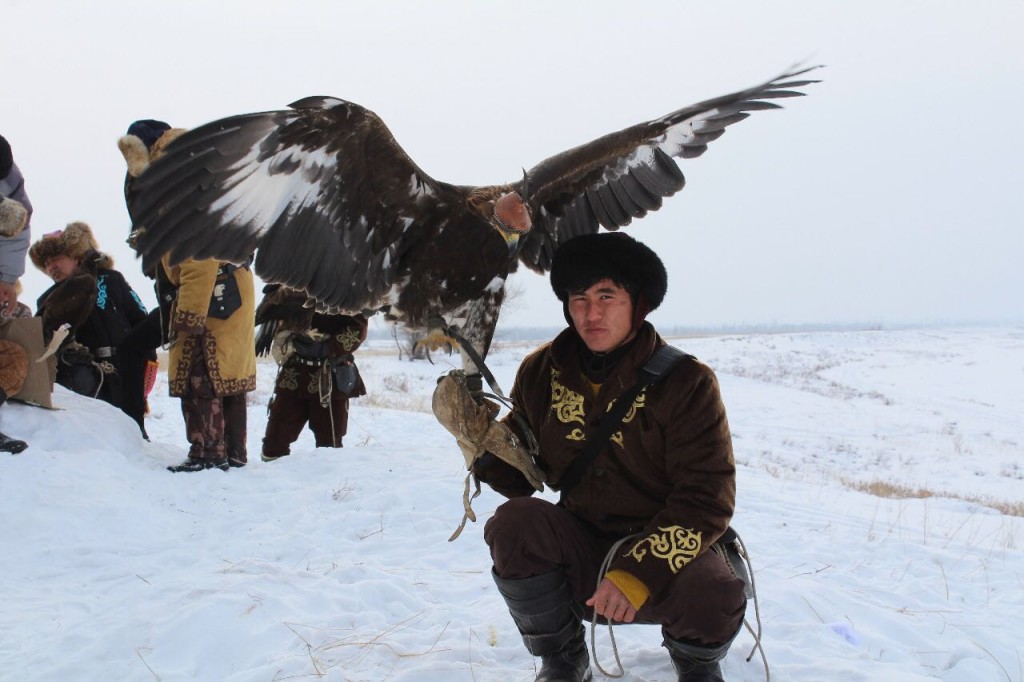 Urdzhar District Akim (Mayor) Serik Zainuldin said the competitions were dedicated to the 20th anniversary of the Kazakh capital.

“The competitions were held at a high level. I express great gratitude to all sponsors of the event. Approximately 40 birds demonstrated their skills. Every year, the number of eagle hunters increases in the country. This speaks of the popularisation of our national sport,” he said.

To take part in the event, participants make it through a preliminary stage, where the judges evaluated the equipment and dress of the hunters, as well as the condition of the birds.

Eagle hunters competed in catching hares and foxes. According to the audience, the former was especially spectacular. Nurgali Alikulov and his golden eagle from the South Kazakhstan region won the competition and received 250,000 tenge (US$773). Urdzhar eagle hunter Nugym Kaidar and Almaty resident Yeltai Muptekeyev took second and third place respectively. All winners were awarded cash prizes. 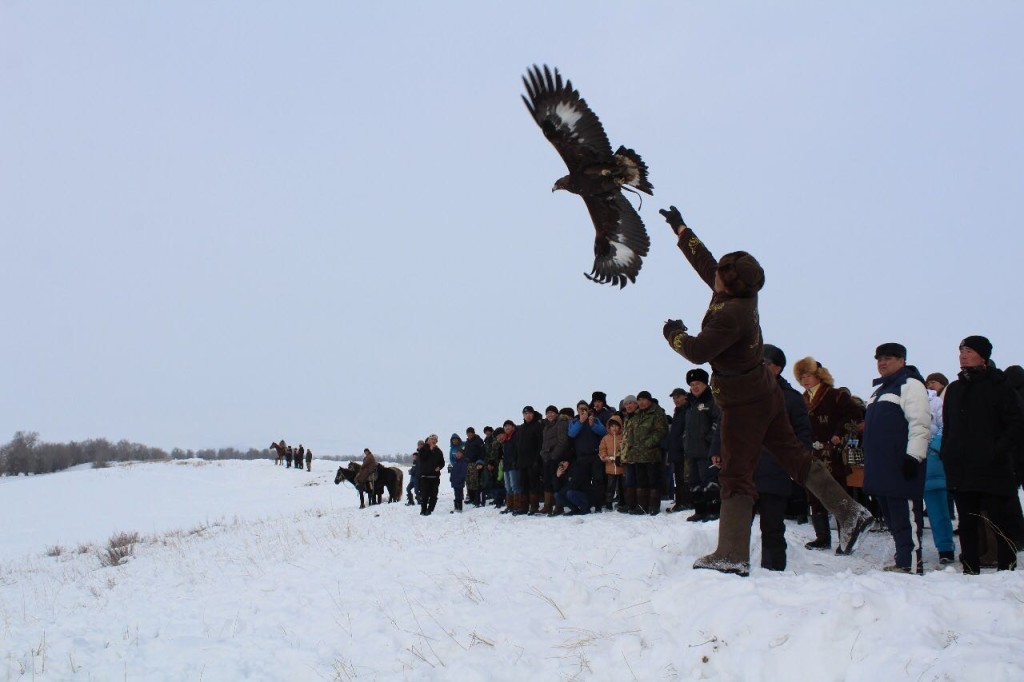 Today, there are at least 100 eagle hunters in Kazakhstan. Representatives of the great Kazakh tradition gather in different regions of the country to share their experiences. Parenting birds requires a lot of patience and skills as well as sincere love for their birds.

This year, Almaty hosts the Kyran-2018 eagle hunting tournament Feb. 8-10 within “The Course towards Future: Modernisation of Kazakhstan’s Identity” programme for the first time ever.

The event is organised by the Kyran Federation with the support of the regional governor’s office and the Zhalayir Shora Eagle Hunting Centre. Kyran federation aims at preserving the national traditions and historical heritage of the Kazakh people, including eagle hunting.

On Feb. 23-25, Eagle Hunting competitions will be organised in Uralsk.

Hunting with golden eagles is included in the UNESCO’s World List of Intangible Cultural Heritage. The ancient nomadic tradition of Kazakh ancestors promotes love for the country, culture and heritage.