By Anuar Abdrakhmanov in Sports on 27 February 2018

The return match of Europa League’s 1/16 round between Kazakhstan’s Astana FC and Portugal’s Sporting ended in a 3-3 draw in Lisbon on Feb. 22. 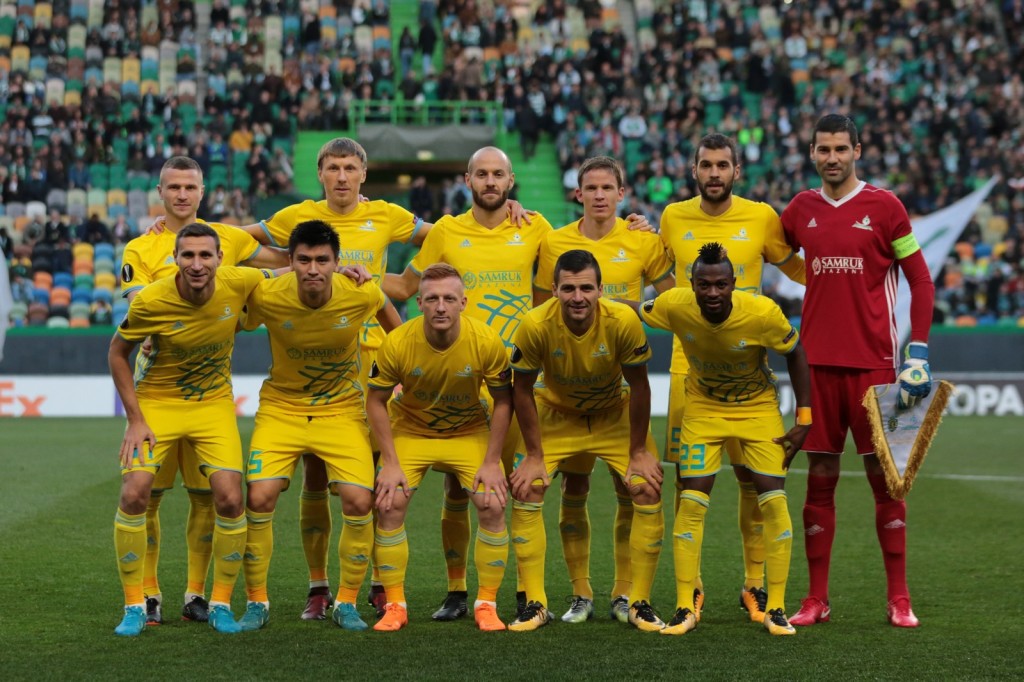 The fate of the two matches was predetermined in the first game in Astana, when the Portuguese took a confident 3-1 win, so very few expected a satisfactory result from Astana. In addition, because of Yuri Logvinenko’s red card in the first game, Astana lost its main defender for the away match.

The Portuguese took the lead in the first minutes. Fabio Coentrao made a perfect high cross from the wing, which Sporting’s forward Bas Dost headed into the net. Sporting continued to control the ball, but let Astana play and left free space for a maneuver. Astana managed to win back closer near the end of the first half. Dorde Despotovic hit the bar, but Marin Tomasov later scored on a corner kick to tie the game.

Sporting found another loophole in Astana’s defence to start the second half. Portuguese midfielder Bruno Fernandes made an accurate shot into the Kazakh net, then followed a few minutes later with a second goal to increase the difference to 3-1. The Kazakh team, however, did not give up. Midfielder Patrick Twumasi scored a goal and a bit later defender Dmitry Shomko made it 3-3 with a long ranger.

The Kazakh champs finished the European Cups with another record, as the first of the nation’s clubs to reach the Europa League playoffs.

“I am satisfied with my team’s result. We came here to play football, to attack instead of playing in the defence, and did not think about the score. We wanted to play open and score goals. Unfortunately, we missed some goals as well… But if you tie with Sporting, it is a great result. If we had realised our chances in the first half, we could have put Sporting under great pressure. We didn’t score and Sporting punished us due to the individual classes of players. But I think we played like any European team. Despite all our problems, we showed football at the level of the quarter-finals. I wish Sporting good luck and may they win it,” said Astana head coach Stanimir Stoilov after the game.

“We wanted to show our game in Portugal, to achieve a positive result. We did it. An important thing was the support of fans, both in Kazakhstan and here at the stadium in Lisbon. There were a lot of them today, so I would like to thank our fans for their support, which we felt throughout the game,” said Shomko.