By Aigerim Sadykova in Tourism on 22 February 2018

ASTANA – The Akmola Camp for Wives and Mothers of Traitors of the Motherland (ALZHIR) museum has put on display 44 certificates, photos and personal items belonging to Soviet-era female political prisoners. 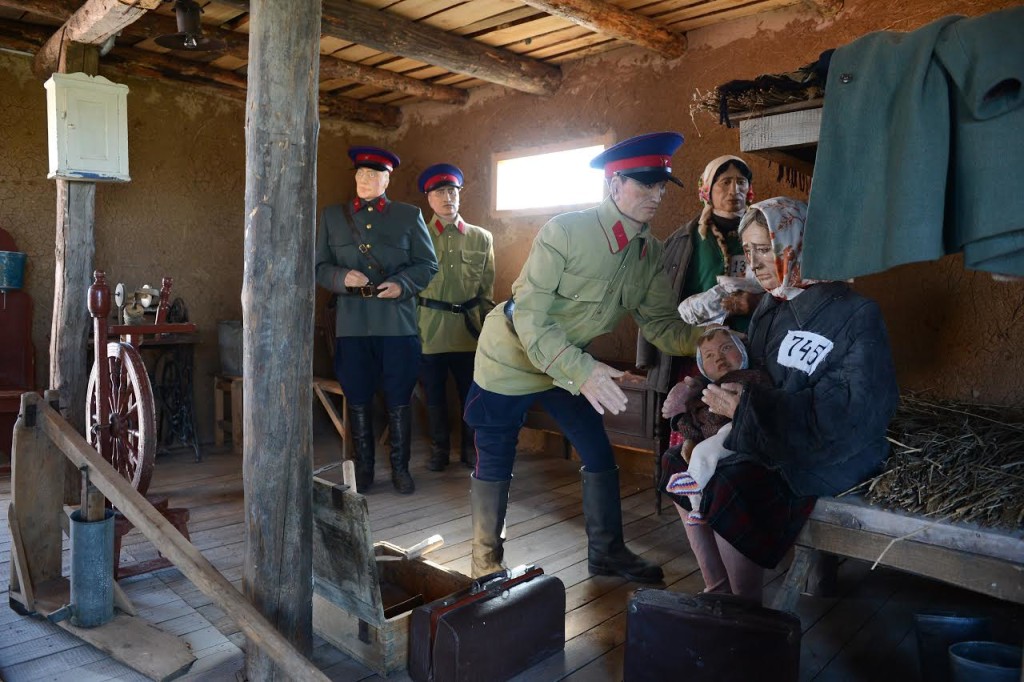 The ALZHIR camp was established in 1937 for wives, sisters and mothers of Soviet poets, political and public figures, labelled enemies of the state. They were deprived of their surname, nationality and profession, known only as enemies and traitors of the motherland. After two years, the women were allowed to send correspondence, inquiring about the fate of their husbands and children.

Almost 18,000 women of 62 nationalities across the USSR were arrested and convicted as wives of enemies and family members of traitors until 1953.

The 44 items were restored over the last three years and include more than 30 documents related to political repression and totalitarianism victims in the 1930s, according to the Astana mayor’s office website. The restoration was part of the national Modernisation of Kazakhstan’s Identity programme, said Museum Curator Zhanar Yergeldina.

Deported from Minsk to ALZHIR and sentenced to eight years, Tsypkina sent letters to her son Ben from the camp in 1937-1938. Keeping her letters, Ben granted the museum permission to restore them.

The museum curator also shared the story of prisoner Mariya Minkina who wrote a letter on a train on her way to the camp asking her relatives to take care of her children and not put them in an orphanage.

Shubrikova worked on a research project on soil corrosion in the camp from 1938.  After the liberation in 1945, she decided to stay in Malinovka village. Awarded with the Certificate of Honour of the USSR State Farms Ministry, she received medals for her labour in 1957.

Last summer and autumn, President of Latvia Raimonds Vejonis and President of Poland Andrzej Duda visited the museum. They thanked the employees for preserving the memory of these tragic events in history that must not be repeated.

ALZHIR museum was founded in 2007 and is in possession of 15,000 artefacts. The museum is located 30-minutes’ drive from Astana in the village of Akmol and is open Tuesday through Sunday.