AIFC to launch exchange, court and arbitration centre in 2018

ASTANA – The Astana International Financial Centre (AIFC), which opened Jan. 1, is set to register companies and launch its exchange, court and arbitration centre this year. The main office will also be moved to the grounds of the EXPO 2017. 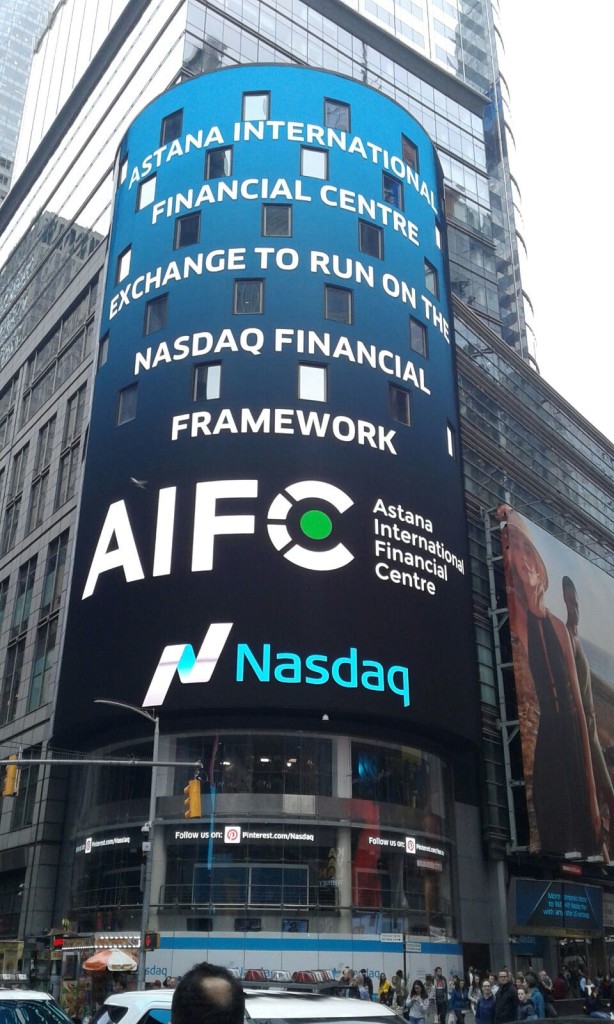 The AIFC office will not be the only venture on the campus. Nazarbayev University, Kazakhstan’s leading educational institution, plans to present exhibitions. The International Centre for Green Technologies, which will operate under the Ministry of Energy, and the international IT start-up hub responsible for the Digital Kazakhstan programme will also operate on the site.

“I would like to note that the AIFC is a territory and jurisdiction which are two floors of a special right field. The supreme body of the centre is its management board, chaired by the Kazakhstan President. The deputy chairperson of the council is the Prime Minister. The members of the council from the Kazakh side are the chairperson of the National Bank of Kazakhstan, the Minister of Finance, the Minister of National Economy and me. On the international side – President of European Bank for Reconstruction and Development Suma Chakrabarti, Chairperson of the board of Sberbank of Russia German Gref, Yandex CEO Arkady Volozh and GP Morgan Chase International CEO Jacob Frenkel,” said AIFC head Kairat Kelimbetov.

“But these bodies are only a small part of the centre. We assume that international companies will be located on the territory of the financial centre. We have five main areas of work – asset management, wealth management of individuals, the capital market, Islamic finance and new financial technologies. These are the most modern branches of the financial market which we plan to develop at the AIFC,” he added.

Kelimbetov noted Kazakhstan is the first country in the Commonwealth of Independent States (CIS) to apply English common law to such an extent. For Kazakhstan, this is not something fundamentally new; the government and Ministry of Finance have previously used it in their activities, issuing Eurobonds or signing contracts in the oil and gas sector.

Using English common law has been a keystone of the centre’s operation, as the familiar legal process is expected to attract investors. Choosing English common law meant changes in the country, including its constitution. The AIFC management understands investors are looking for safety and as a result, approximately 50 laws have been adopted relating to the centre and corresponding changes were made to Kazakhstan’s national codes.