ASTANA – Dias Tastanbekov, one of the 100 New Faces project winners, exemplifies hard work and a thirst for knowledge. He works with entrepreneurs on the Zertis aeroponic greenhouse to produce green vegetables, while simultaneously researching biodegradable bone fixation implants for his PhD and running a rocketry school to make science attractive to children. 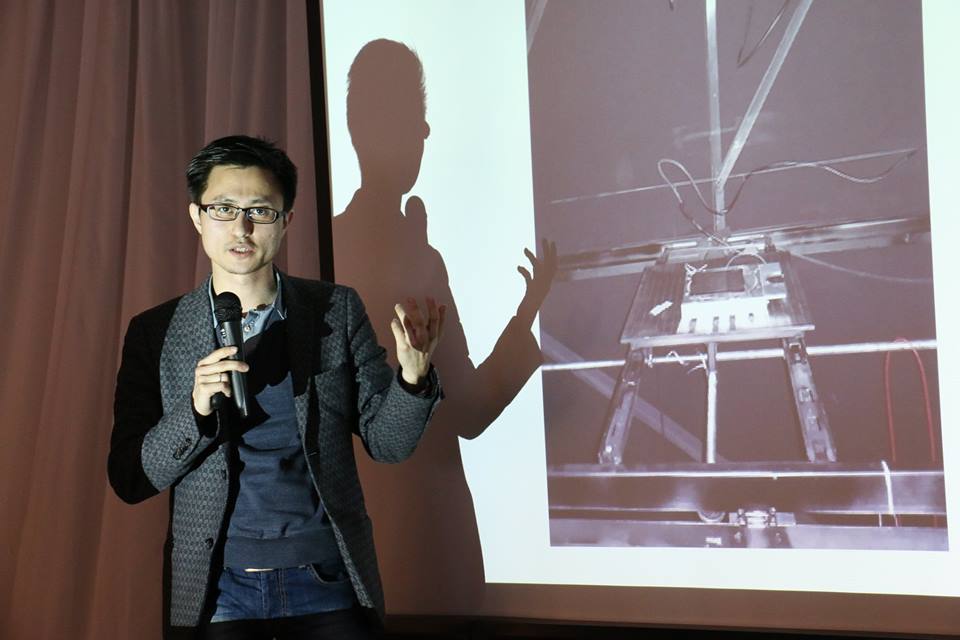 “My passion for science developed at school and later I realised that I am particularly keen on chemistry, which gives me an understanding of the world around us. Since I was also not bad at it, I felt I should choose a scientific career or at least a research-oriented one,” he said.

Tastanbekov received a Bolashak scholarship to earn a Master’s degree at the University of Sheffield. Upon his return, he embarked on a career at Nazarbayev University Research and Innovation System (NURIS), later becoming laboratory chief at Kazakh National Technical Research University. He also works on commercial projects in small teams.

“I believe it is more efficient to work in small teams separately from large organisations despite their resources and funding opportunities. I think bureaucracy is an obstacle for research since it diminishes enthusiasm. Still, there are many ways to obtain governmental and international support for research and start-ups. There are gifted researchers and promising inventions in Kazakhstan. We do not lack support; we lack proper management,” he said.

Tastanbekov finds it convenient to apply science in business, and then use the proceeds for further research. His first project, the greenhouse, is run in cooperation with Arman Toksanbayev, chemist Yerkebulan Maral and three investors. The facilities, in Almaty and Karagandy, grow plants without soil by automatically spraying the roots and stems with water.

“The idea of aeroponics came to me as a solution for my own problem. When I was a junior researcher at NURIS, I had a lot of plants and pets at home and long-term business trips as well.  If I could leave the pets with friends, there was still the problem of finding someone to water your plans in your absence. I made a small investigation and realised that plant care can be automated and gardening can be soil-free. Such farming is eco-friendly and efficient in terms of human resources, water use, soil, place and expenses,” he said.

“We receive requests from local hotels, restaurants and cafes. This year, we plan to sell 30 kilogrammes of arugula and basil and to build greenhouses in other cities. I would like to thank the Start-up Bolashak competition organised by Damu Entrepreneurship Development Fund and the Bolashak Association for providing funding to start this project,” he added.

The researcher plans to pursue a PhD and dedicate study to biodegradable implants for treating bone fractures. Metal devices currently implanted during surgery must be removed after the bone has healed and using biodegradable implants will make a second invasive procedure unnecessary. In the last two years, Tastanbekov submitted proposals to several funding organisations to commercialise such technology but without success and decided to do it himself.

“This technology and aeroponics are not original. I always say that unfortunately, and at the same time fortunately, this technology exists. Unfortunately, since I am not a pioneer in the field and fortunately because now I know for sure that such technology works and is viable. I have done the preliminary research plan as well as research into scientific articles and patents and now I am looking for collaborators in Germany and France,” he said.

Tastanbekov noted all his projects demand individuals who are highly skilled in their fields and motivated to make a difference. To that end he launched the rocketry school, which will attract promising scientists for teaching positions and educate a new generation of researchers. The school is an example of STEM interdisciplinary education technology that makes science appealing and easy to grasp. Tastanbekov also attracted rocketry expert Chenghis Akhmetullayev, a test engineer from the Baikonur branch of the Moscow Aviation Institute with five years’ experience in Baikonur space launch, to join the school. The team has created the Q100 educational YouTube channel for students.

“It is wise to make outstanding people recognisable and hold them as role models. My nomination among the 100 New Faces is an advance payment for me. I have achievements, but they are not impressive. Therefore, this is a huge responsibility and I strive to live up to the expectations of me. I perceive the victory as an opportunity to promote my projects and my teams, who made everything possible,” said Tastanbekov.

“My dream is to build a sustainable, self-funding, multidisciplinary research organisation so that every motivated researcher there will have access to resources to do science and make a contribution to the prosperity of society,” he added.