ASTANA – Enrolling in university at 13 and receiving a master’s degree at 18 is beyond the capacity of many, but not of eighteen-year-old Kazakh composer and pianist Rakhat-Bi Abdysagin. 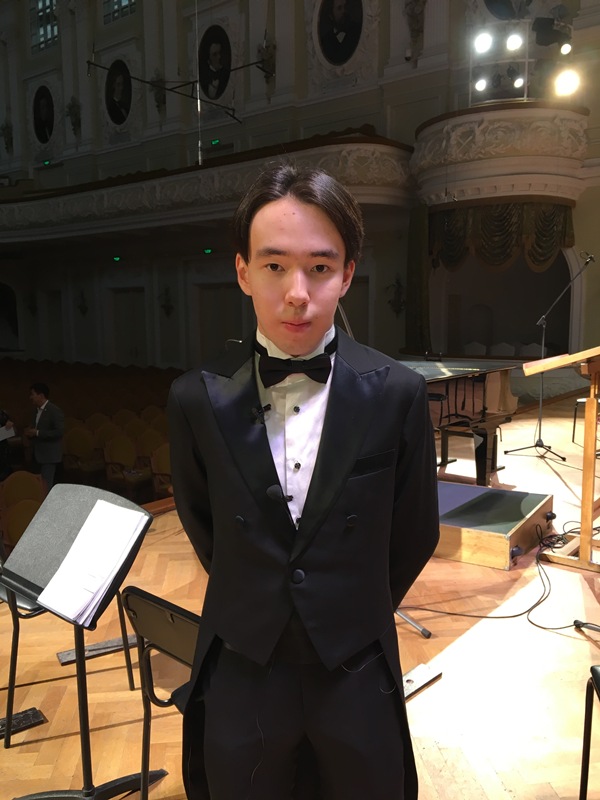 Named “Kazakh Mozart,” he is the winner of numerous international competitions and author of more than 100 compositions, including for symphony and chamber orchestras.

Adbysagin is one of Kazakhstan’s 100 New Faces, the recent project that seeks to discover people who made substantial achievements during the years of independence inspiring others, and the young Kazakh musician has certainly an interesting story to share.

Born into a family of academics, Abdysagin had a passion for music since his childhood, though it did not prevent him from succeeding in other fields.

Abdysagin became a student at the Kurmangazy Kazakh National Conservatory at 13 and was simultaneously studying piano under the guidance of renowned pianist and maestro Konstantin Bogino at Accademia Musicale S. Cecilia di Bergamo in Italy.

He had his research work called “Math and Contemporary Music” published when he was 14.

Four years later, with a degree from both schools, Abdysagin enrolled in the Kazakh National University in Astana and earned a master’s degree receiving the maximum score of 100 for his master’s thesis that offered new methods of analysis of contemporary music and examined a significant number of contemporary composition techniques.

This year Abdysagin was accepted as a post-graduate student at the Accademia Nazionale di Santa Cecilia in Rome.

He became the youngest recipient of the honorary award of the Commonwealth of Independent States (CIS) Interparliamentary Assembly for the contribution in the development of culture and art.

Abdysagin believes there are no boundaries and his achievements at such young age are simply the reflection of his perception of time. He believes that every person is a genius and possesses talents – one just needs to develop them.

Young people in Kazakhstan have all conditions to find what they love, discover talents and develop as a person, he said.