ASTANA – Kazakh journalist and entrepreneur Bolat Yerezhepov recently returned from a trip to Afghanistan, becoming the first from Kazakhstan to have visited 193 UN member states. He plans to explore more countries and territories, and develop the tourist attractiveness of Kazakhstan. 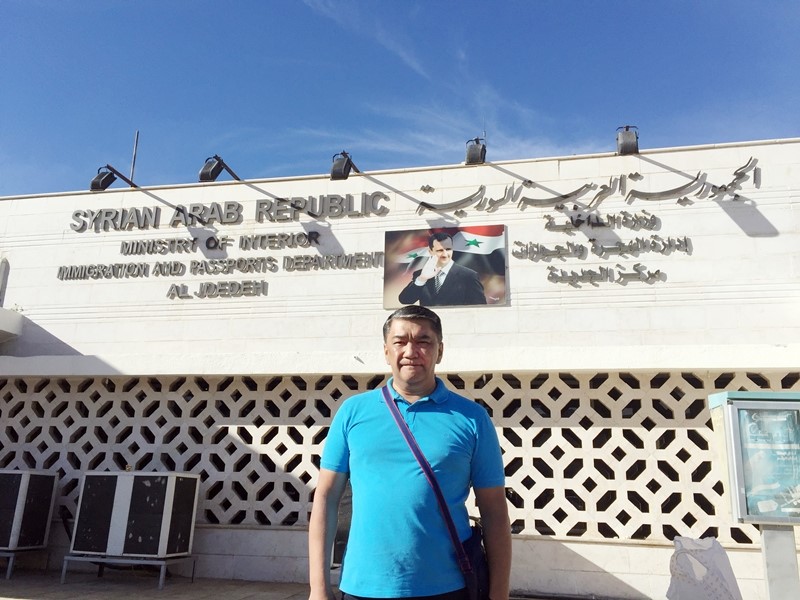 “The first time I travelled abroad was during my business trip to Japan as a journalist covering Winter Olympics in 1998. I was so impressed by Japanese cuisine and culture, roads and skyscrapers, that travelling became an indispensable part of my life. Initially, I travelled for work purposes and only later for pleasure. After I have visited 50 countries, fierce passion drove me to increase that number to 100,” said Yerezhepov.

The traveller also joined Travellers’ Century Club, for people who have visited 100 or more countries. The club provides a certificate proving that one has explored 100 countries, badge and access to the club’s database for an annual membership fee of $85.

“Two years ago, I learnt that Artemy Lebedev was the first in Russia to visit 193 countries and thought that I can do that as well,” he added.

Yerezhepov creates travel itineraries by himself. He prefers to visit several countries during one trip and to mix types of transport, such as planes, trains, buses, cars and ferries. It is important to plan the trip in advance, book hotels, choose tourist attractions and buy tickets for sightseeing tours, he notes.

“I own several hotels, restaurants, gyms and a publishing house and fund trips myself. The last two years, I have been away on journeys for half a year, travelled 400,000 kilometres or 10 times around the world. Certainly, travelling distracts me from doing business, but I still prefer exploring the world. Fortunately, I can apply what I have discovered while travelling to business. After I visited 193 countries, I published a ‘Journalist changes profession’ book, where I wrote not only about travelling,” said Yerezhepov.

The Kazakh traveller is not afraid of dangerous destinations. He went on a trip to war-stricken Syria, Iraq, Yemen, Libya and Somalia. In Mogadishu, the capital of Somalia, three gunners accompanied two guides and tourists on a sightseeing tour. However, in Tripoli, Libya, Yerezhepov was not allowed to leave the town and see ancient cities.

“There is plenty of work to be done. I would like to travel more, go back to places I have visited, explore them thoroughly and show the world to my children. I also will work on moving Kazakhstan up the tourism rankings,” noted Yerezhepov.