ASTANA – The final stage of the Dakar 2018 rally on the sandy paths of Peru ended Jan. 10. The route of the fifth stage of the marathon brought racers to the city of Arequipa. For the next stage, the caravan of Dakar racers will travel to Bolivia for routes over 3,000 meters high. 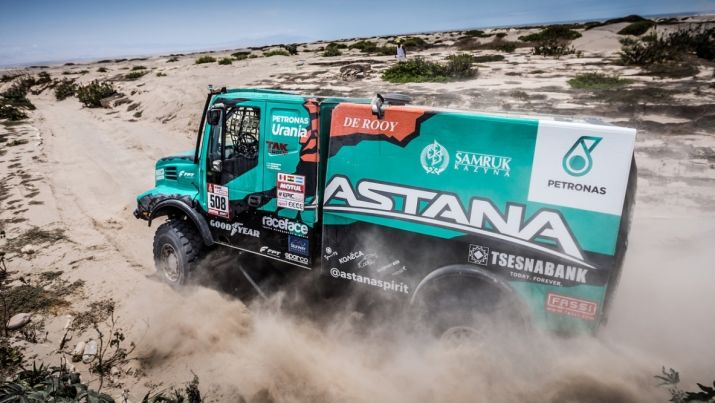 According to the press service of the Astana Presidential Club, for the cargo crews, the total length of the route was 934 kilometres and the special stage lasted 268 kilometres. Astana’s team never stopped at the final stage of the Peruvian sands – the athletes spent 16 hours in the truck.

Artur Ardavichus and his team managed to rise to ninth place in the standings by the end of the stage and improve their position to eighth place in the general classification.

“In total, I covered more than 900 kilometres today. We left the bivouac at six in the morning and arrived at the next bivouac at 10 in the evening. Today was a good day. Navigation was carried out without mistakes. We finished the stage without a single blot. Of course, we are really tired; the day was tough and fruitful,” commented Ardavichus. 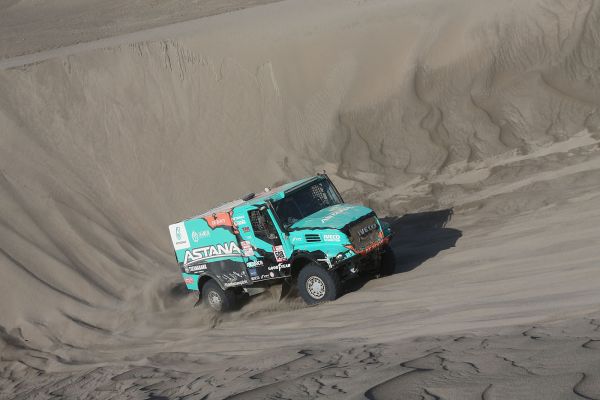 Both quad riders of Astana also reached the finish line of the final stage in Peru.

In the previous stage, Maxim Antimirov injured his right leg, which put his further participation in doubt. However, despite the injury, the athlete started the fifth stage of the marathon and passed it at a stable pace. Antimirov arrived at the finish in the city of Arequipa 15th, having risen in the general classification to 27th place. He was on painkillers during the fifth stage of the Dakar. Now he is suffering and facing difficulties in moving independently. Considering that with each stage it will be more difficult to finish while suffering pain and general physical weakness, the current condition of the athlete puts his further participation in Dakar in doubt.

Last year’s ATV champion of Dakar, Russian racer Sergey Karyakin, left the race due to a fall in the special stage of the fifth stage. The pilot was airlifted to a hospital, where he was successfully operated on. 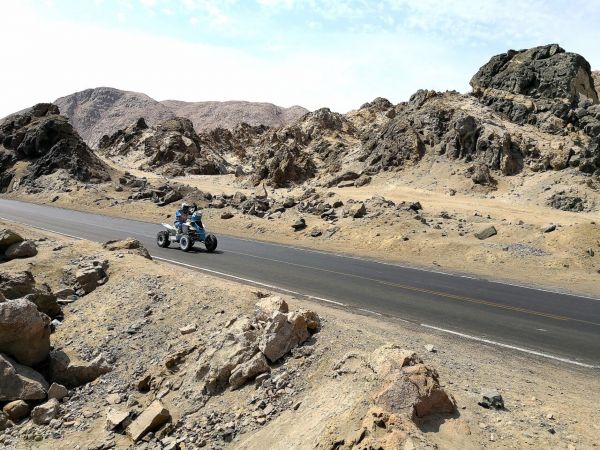 “We don’t spot a hole like that on the track once – and a blowout. We caught such holes while driving the car. Nothing good, but for a four-wheel motorcycle rider it is, of course, a great injury. It’s good that he’s alive! Sergey was supposed to be the winner, and our guys had to finish. Now there are only guys who must finish,” the Astana captain commented on Karyakin’s disaster.

Another Astana ATV rider, Dmitry Shilov, was 14th in the fifth stage. The athlete holds the same position in the general classification. He noted that the situation with Karyakin made him resist the urge to drive too fast.

“It was a difficult day, first I decided to slow down the pace myself, but then I saw the helicopter and Sergey being evacuated and decided to drop the tempo. Later there was a mistake, I had to go back to seven kilometres and take a position again. One of the rivals asked for a spare but I refused him, because I still had 120 kilometres to finish. Tomorrow we leave, and we’ll see what will happen at high altitude. Tomorrow we leave Peru and start to go up to Bolivia,” he said.