ASTANA – Swedish traveller Christian Bodegren recently announced the release of a documentary about his 2016-2017 Mongolia-Kazakhstan camel expedition, posting Jan. 7 the video on his Facebook page. 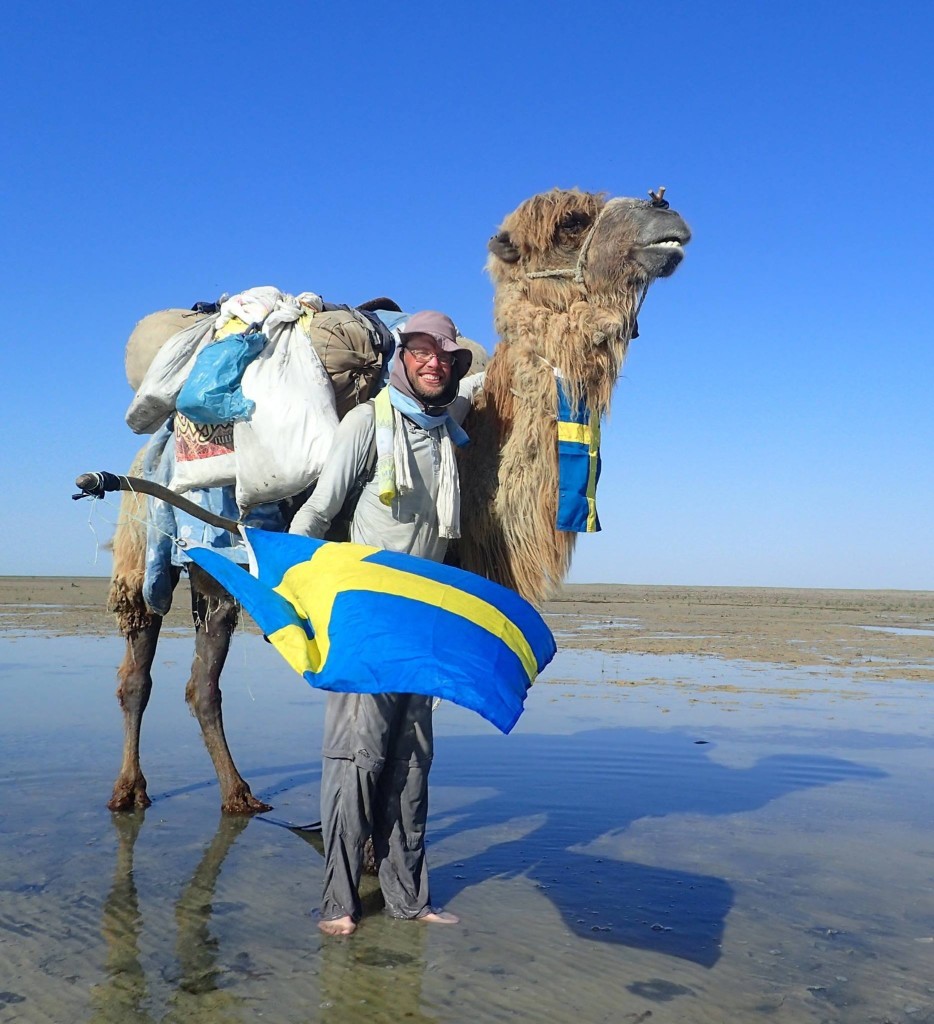 “I am working on the series now, and there is currently no date for the premiere. The idea is that there will be a series of seven to eight episodes, maybe. It is not yet decided where it will be displayed. I only work half time with the clipping of the series, because I have another job in Norway. There is an incredible amount of work with a series of this kind, and it takes longer to cut than to film,” Bodegren said in a recent interview for this story.

The solo walk with camel of the 44-year-old Bodegren lasted one year. He began his journey in Mongolia and completed the trip at the Caspian Sea in Kazakhstan in June 2017.  The expeditioner covered 5,000 kilometres and saw all four seasons in the steppe.

“I liked many things in Kazakhstan. The Kazakh people have a beautiful and big country to be proud of. I like the big open landscape in Kazakhstan, because I am from a place with almost just trees. To see the steppe changing with the seasons was one of the reasons I did this. The people I met were incredibly friendly and helpful,” he shared his impressions.

According to him, Kazakhstan and Mongolia are the only two big countries where one can freely cross large areas for long periods of time with Bactrian camels. His expedition was devoted to establishing a connection with the Silk Road and experiencing nomadic lifestyle.

“It was interesting to see the differences in Mongolia and Kazakhstan. Mongolia has a great nomadic culture. The one Kazakhs have left. Most of the Kazakhs, living a traditionally nomadic lifestyle, reside outside Kazakhstan. However, Kazakhs still have nomadic features of a welcoming culture,” he remembered.

Bodegren added that traveling in winter was the most difficult thing in the Kazakh steppe.

“It is a big challenge when the temperature going down to minus 30 degrees Celsius and you have only the clothes you wear and a cold tent to stay in for a long time. However, the warm qualities of the Kazakh people who have been helping me the whole time have given me great hope that I am going to succeed. I would also like to give my friend Nurlan Bolysbekov from Kazakhstan extra thanks. He was a big part in that everything went so well,” he said.