By Zhanna Shayakhmetova in People on 13 January 2018 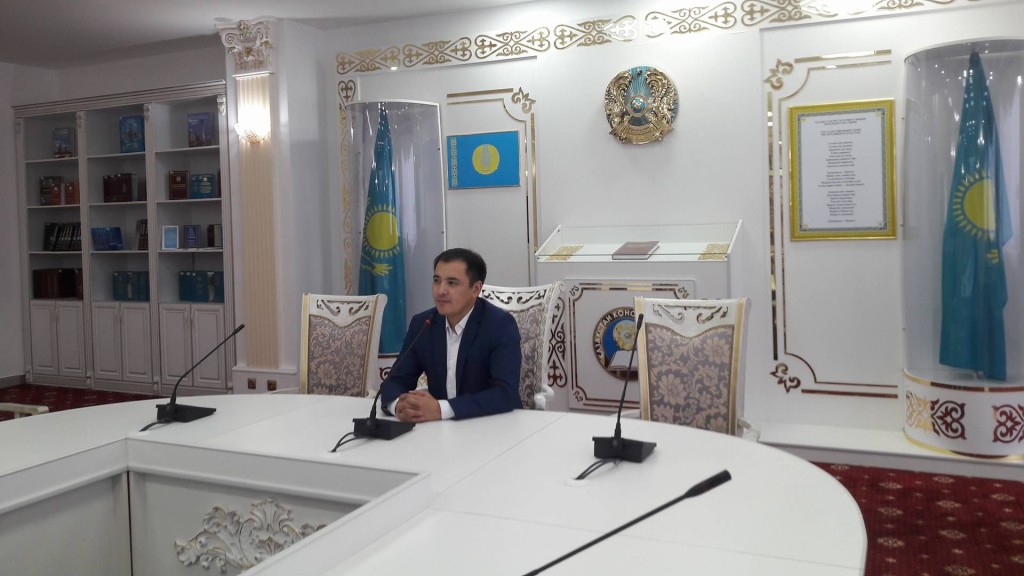 Zholdybalinov started his career at the national library in 2007. An IT specialist by occupation, later he received graduate degree from a library school.

“Our task was to develop the digital library project by creating a single database. Nearly 2,000 books in PDF format were downloaded the same year. We started to download copyright-free books, mostly rare ones. We closely collaborate with other libraries, since the project covers all the available libraries in the country. Regional libraries also handed us books for digitisation,” said Zholdybalinov in a Jan.11 interview.

The electronic library modernisation also included the implementation of automated information library systems to ease library jobs. Now the libraries work on a single base through an international protocol, so it is possible to exchange files and search books.

“President Nursultan Nazarbayev said that the national electronic library should become the think tank library in his address in 2012. To us, the most important thing is that all full-text books should be accessible to all residents and those who study abroad and the Kazakh diaspora,” he noted.

The developers decided to cancel authorisation and registration on the website.

“The analysis showed that authorisation process caused difficulties and took a lot of time for older people,” he explained. “This change immediately increased site traffic by 28 percent in one quarter. We also intend to convert all the books of our online library into Latin alphabet this year. We want books in the Latin script to be available for the future generation. The readers will have the option to choose reading books in Latin or Cyrillic scripts,” said he. “Today, we have more than 38,000 electronic copies of books. Unfortunately, we cannot digitise all books due to copyright rules. We invite authors to cooperate with us and we can post their books on our web portal. According to statistics, readers from 115 countries visit our site.”

The project of the digital library card giving readers access to the libraries nationwide using a single card is also one of the successful achievements of the developers.

“We are currently creating an online catalogue for searching books across the country. New technologies are rapidly developing as well as programming language. We successfully collaborate with IT companies to develop our projects and to improve our services. We studied the best practices before introducing the projects. When we develop our project, we observe it from the readers’ point of view to make an accessible service. Now our e-library is recognised as one of the best digital library projects in the Commonwealth of Independent States (CIS). We also have a version for the visually impaired,” he added.

Zholdybalinov said that his participation in the 100 New Faces project is a significant achievement.

“I am grateful for my management and colleagues for their support. Of course, we have a lot of things to do,” he said.