By Elya Altynsarina in Tourism on 13 January 2018 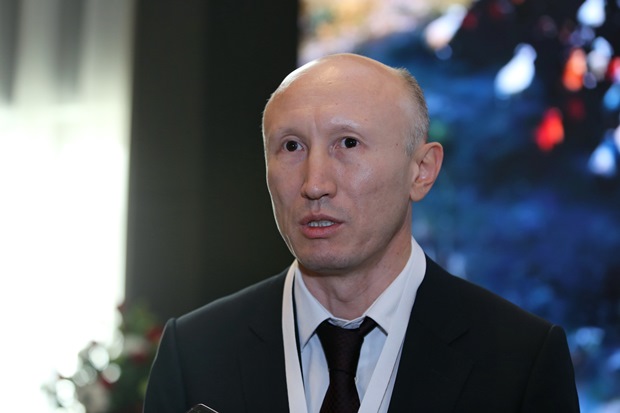 By 2025, the country plans to increase the tourism share of the GDP by 8 percent, up from the current 0.9 percent. Comparable sectors of the domestic economy, such as transportation (8 percent), construction (5.9 percent) and agriculture (4.9 percent), would be similarly affected, according to a recent government report.

Kazakh Tourism is coordinating the measures to create an industry-friendly environment, including institutional changes and region-specific goals of reconstructing popular resort zones and highways. Some products will be developed in conjunction with the Rukhani Zhanghyru (Modernisation of Kazakhstan’s Identity) programme that envisions creating the “belt of sacred sites.” The memo claims there are more than 100 such locations, not counting regional sites well-known to local communities.

From 2006-2016, the number of foreign visitors to Kazakhstan doubled in comparison to the previous decade, reaching 6.5 million people. Justifiably, that number may have been helped by hosting the 2010 Organisation for Security and Co-operation in Europe (OSCE) Summit, 2011 Asian Winter Games and EXPO 2017, as well as by establishing a visa-free regime for most developed countries and allowing new air routes into the nation.

“Our goal is to maintain the flow and boost visitors’ interest in the future,” said Kazakh Tourism CEO Rashid Kuzembayev in a recent interview with kursiv.kz.

Kuzembayev emphasised the areas where the industry needs to improve if it is to successfully attract tourist flows. Similarly, the report lists a number of drawbacks hindering tourism.

First, problems persist with visa and migration regimes and there is a lack of qualified personnel. The Kazakh Concept of the Tourism Industry until 2023 does not provide for a needs assessment and estimate of self-reliance measures, making it difficult to attract investments and implement projects.

The quality of service remains low, even in places most attractive to visitors. Not surprisingly, Kazakhstan ranks between 71 and 121 in the WEF’s Travel and Competitiveness Index in terms of service quality, availability of rental cars, infrastructure quality and hotels-population ratio. More than half of the 1,770 hotels nationwide do not have a star rating, which negatively affects the occupancy rate. That rate in hotels with a star rating is only 24 percent and 19 percent in those lacking it.

In addition, Kazakhstan has yet to apply contemporary ideas of tourism management. Tourists coming to the country are those mainly attracted by international events. As the report states, however, there are not many companies that can skilfully arrange and supply domestic tourist products that would meet international standards, while domestic tour agencies mostly specialise in outbound tourism.

According to statistics, only 1 percent of visitors come to Kazakhstan primarily for tourism, with the overwhelming majority of them from Russia, Kyrgyzstan and Uzbekistan. People travel to Kazakhstan mostly for business, personal or transit purposes or as labour migrants.

McKinsey Kazakhstan Executive Director Jochen Berbner has compared tourism development in the Commonwealth of Independent States (CIS) and notes the number of foreign visitors is higher in other member nations. Yet, on average a visitor spends more in Georgia or Azerbaijan. Statistics from the report demonstrates Kazakhstan is rather a “tourist donor” with 9.8 million visits abroad by its people in 2016 on private, business and tourist trips. The estimated expenditure abroad by these individuals was approximately $1.6 billion.

To overcome these and many other hurdles and by drawing upon the best international tourism development practices, the Kazakh government is considering focusing on “soft” infrastructure, which does not require considerable funds and can provide a quick return on investment. Government officials believe this tactic will entail a wider use of mass media, including television, the Internet and social networks in an effort to shape the country’s international tourist image – a brand of a new destination.

Efforts will also be made towards creating competitive tourist goods and services. Popular tourist destinations traditionally rely on attractions associated with unique nature, national history, architecture, culture and art, local cuisine, active leisure and shopping. At the same time, the experience of other countries shows a successful tourist industry does not need many tourist products, rather ones with quality and uniqueness. Berbner believes Kazakhstan has much to offer international visitors in sports, business, sustainable and ethno-tourism.

“A strong emphasis will be placed upon digitalisation of the industry,” said Kuzembayev. “Internet portals and mobile applications will facilitate tourist flows and motivate them to visit more tourist attractions, including sacred sites.”

Similarly, Kazakhstan plans to make concerted efforts to ensure its tourist products, accommodations and services are listed on such popular resources as Expedia.com and Booking.com, with information relevant to inbound tourism being regularly updated.

In the long run, more investment will be made in high-quality infrastructure to ensure accessibility and enhance the quality of tourist facilities and services.

“To enhance the tourism perspectives of Kazakhstan, our company is promoting PPP (public-private partnership) in construction of roads, airport terminals and other infrastructure projects,” added Kuzembayev.

The government is currently considering measures such as improving investment flows to the industry, adopting and including relevant tourism indicators in local governments’ strategic plans, introducing measures that facilitate visa issuance while considering a possibility of adopting no visa rules for passengers who face extended transit times and diversifying air transportation routes.

Tourism is currently the fastest growing trend in the world. Estimates show that the average annual market growth is expected to be 46 percent between 2016-2020.