A total of 138 out of 193 countries voted in June 2016 for Kazakhstan to become a non-permanent member of the United Nations Security Council (UNSC), making its the first Central Asian country to serve in the prestigious position. Kazakhstan’s two-year term began in January 2017. In January 2018, Kazakhstan has assumed the rotating presidency of the UNSC. Kazakhstan’s Senate Chairman Kassym-Jomart Tokayev noted “this event is an historic victory for Kazakhstan…made possible by the international authority of President Nursultan Nazarbayev.” I agree. 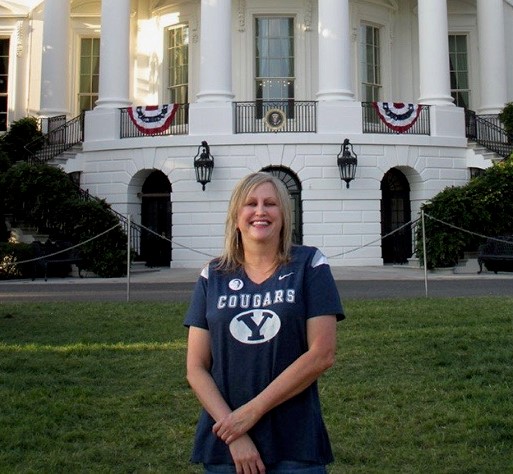 The purpose of the UNSC is to maintain international peace and security. Kazakhstan’s Foreign Minister Kairat Abdrakhmanov delivered President Nazarbayev’s Policy Address to the UNSC in January 2017. Entitled “Kazakhstan’s Concept Vision on Sustaining Global Partnership for a Secure, Just and Prosperous World,” the address focused on a wide range of security issues including Syria, Afghanistan, Africa, the Palestinian-Israeli conflict, and the denuclearization of the Korean peninsula. Kazakhstan is also focusing on food, water and energy security at the UNSC.

But, along with these important initiatives, Kazakhstan will ring in 2018 with a renewed focus on nuclear security. Unlike any other permanent or nonpermanent member state on the UNSC, only Kazakhstan has the political legitimacy to lead the world on the issue of nuclear disarmament and nonproliferation.

What sets Kazakhstan apart on the UN Security Council is President Nazarbayev. In 1991, following the collapse of the Soviet Union, President Nazarbayev made a decision to dismantle the nuclear arsenal it had inherited from the USSR. That decision changed the course of history – and continues to be a course that all other nations should follow.

From 1949-1989, the Soviet Union used Kazakhstan as a nuclear testing ground. The Soviets exploded their first nuclear bomb on August 29, 1949 at the Semipalatinsk Test Site in the eastern part of Kazakhstan. The test was code-named “First Lightning” by the Soviets and Joe-1 by the West, in reference to Joseph Stalin. The Soviets went on to explode another 455 nuclear bombs at Semipalatinsk. It is estimated that the cumulative effect of those explosions was equivalent to the power of 2,500 Hiroshima-sized bombs.

I have been to the Semipalatinsk Test Site with the late Congressman Eni F.H. Faleomavaega who was the Chairman of the influential U.S. House of Representatives’ Foreign Affairs Subcommittee on Asia, the Pacific and the Global Environment and also the first American lawmaker to set foot at ground zero in Semipalatinsk. During his tenure in Congress, Faleomavaega was an advocate for nuclear nonproliferation and consistently praised President Nazarbayev for his choice to renounce nuclear weaponry.

The late Congressman Faleomavaega once stated, “My position regarding this matter is no different than the position the United States took during a joint meeting between President Obama and President Nazarbayev on April 11, 2010 when President Obama stated that ‘the U.S. appreciates the leadership of President Nazarbayev and the contribution of Kazakhstan to nuclear disarmament and nonproliferation’” – a view also held by former President George W. Bush and now by U.S. Secretary of State Rex Tillerson.

On April 6, 2010, President Obama stated that “the United States will not conduct nuclear testing and will seek ratification of the Comprehensive Test Ban Treaty (CTBT)” which bans all nuclear explosions in all environments. While Obama was applauded for his efforts, Congressman Faleomavaega agreed with President Nazarbayev – that the time had come to move from a nuclear test ban to a nuclear weapons-free world.

Simply put, nuclear weapons are horrific. As a result of Soviet nuclear testing, more than 1.5 million Kazakhs were exposed to nuclear radiation. From 1946-1958, the United States conducted 67 nuclear tests in the Republic of the Marshall Islands (RMI) with an equivalent yield of 7,000 Hiroshima bombs. The Marshallese people, like the people of Semipalatinsk, suffer from nuclear fallout to this day. “Neither the Soviet Union nor the U.S. have fulfilled their obligation in cleaning up the mess they left behind as a result of their Cold War arms race,” Congressman Faleomavaega stated.

And now, the DPRK is threatening to launch nuclear weapons. Kazakhstan rightly and with authority “calls upon all member states to apply every effort in resolving this troubling situation,” Foreign Minister Abdrakhmanov recently said. “Achieving this goal requires, above all, intensified dialogue between all stakeholders in regional and global security.” For the long-term, the only solution is the one President Nazarbayev has already put forward – a universal ban on nuclear weapons. The late Congressman Faleomavaega so strongly supported the idea that he included the following remarks in the United States of America Congressional Record:

But the world has changed since 1968. No longer can non-nuclear states support the outdated premise of the NPT and none of us should settle for what the CTBT offers, particularly since the signatories of the NPT are among the worst violators of the nuclear code.

It is time for all of us to say enough is enough. It is time for the world to follow Kazakhstan’s lead and begin the process of dismantling. If Kazakhstan can dismantle a nuclear arsenal which was larger than the combined nuclear arsenals of Great Britain, France and China combined, then certainly the United States, Russia, the United Kingdom, France, and China can also do what is right.

Some twenty years ago, President Nazarbayev emerged to champion the cause of a nuclear weapons-free world, and no other leader before or since has done what he has done to advance the rights of the human person by promoting nuclear disarmament among possessor states and preventing proliferation to new states.

As President Loeak of the Republic of the Marshall Islands stated, ‘Had Kazakhstan retained the nuclear arsenal it inherited after achieving independence and following the collapse of the Soviet Union in 1991, Kazakhstan could have altered the fragile peace brought about by the Cold War. But knowing the price Kazakhs and Marshallese paid to preserve international peace, President Nazarbayev chose to renounce and disarm.’

If not for his untimely passing in February 2017, I am certain the Honorable Eni F.H. Faleomavaega would stand shoulder-to-shoulder with President Nazarbayev as Kazakhstan makes history at the UNSC. And, for sure, he would join with the people and parliament of the Republic of the Marshall Islands, and urge others to do the same, in calling upon the Nobel Peace Prize Committee to honor President Nazarbayev for promoting peace through nuclear disarmament in a way no other has before or since.

Dr. Lisa Williams is the former Staff Director for the U.S. House of Representatives’ Foreign Affairs’ Subcommittee on Asia, the Pacific, and the Global Environment, and the first woman to have served in the position. She also served as Chief of Staff for the late Congressman Eni F.H. Faleomavaega of American Samoa.