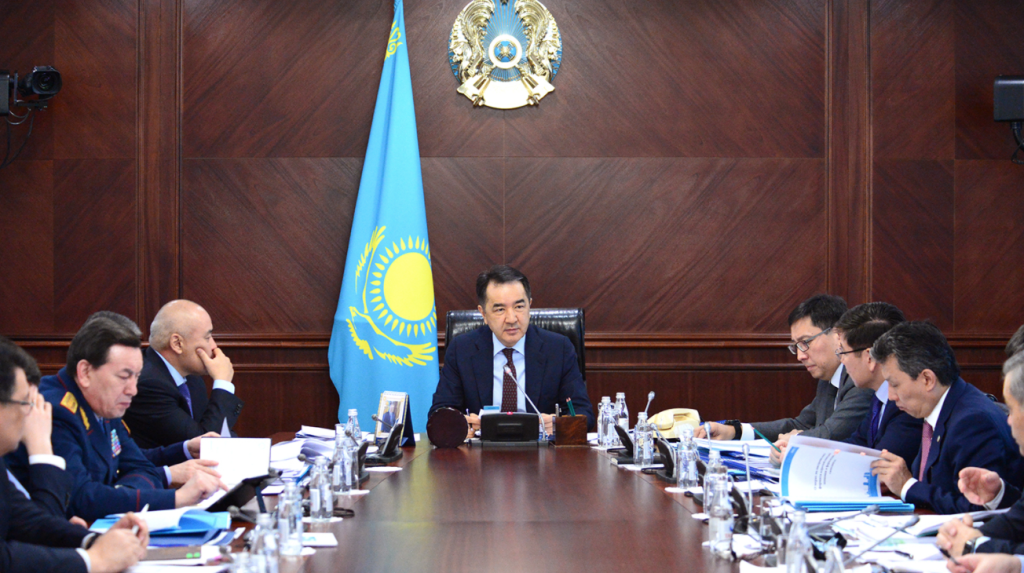 Addressing the government, Kazakh Minister for National Economy Timur Suleimenov stressed the positive effect of the plan on the nation’s development.

The first part, which focuses on industrialisation as the driving force behind new technologies, features eight measures in the management of labour resources and the improvement and development of new mechanisms seeking to modernise and digitise business. The focus will be on exporting goods and transferring technologies.

For that purpose, the government plans to prepare a concept and later a new national industrial and innovation development programme.

The second task addressed by the President called for further development of resource potential. In this area, the government presented five measures that are expected to facilitate development of green technologies and revise the current mechanisms of natural resources management.

A set of measures is also expected to be prepared to introduce advanced solid waste utilisation and processing technologies with significant involvement of small and medium-sized businesses. All of these activities will require modernising the national legislation, including the environmental code.

Agriculture occupied a special role in the address, envisioned as a major driver of economic development. Six activities are planned to boost the field, including the introduction of new technologies and business models, the development of jointly owned enterprises (cooperatives), the revision of inefficient subsidies and the facilitation of agricultural research. The relevant changes will be added to the national agriculture development programme for 2017-2021.

Digitisation will also be brought to the nation’s transport and logistics field. Among other continuous measures in the field, the government plans to increase funding for highway reconstruction across the country.

The government will also introduce digital solutions in education, though the plan does not specify in what areas in particular. Other measures outlined by the plan include improving education processes and education curricula.

Five more measures were set out to improve legislation regulating housing and natural monopolies as well as national standards in architecture and urban planning.

The plan details eight measures for the finance sector, the sixth direction in Nazarbayev’s address, that seek to ensure long term loans to businesses, develop a draft bill on restoring individuals’ solvency and amend the mortgage refinancing programme.

Kazakhstan’s biggest companies, including those under the control of the Samruk Kazyna Sovereign Wealth Fund, which manages a total of $67.4 billion in assets, will have their shares listed through initial public offerings (IPOs) starting this year. Approved in 2011, the programme has been stalled for some time. The plan also regulates the preparation of the Astana International Financial Centre platform for that purpose.

New technologies will be introduced in the healthcare system to enhance prevention and treatment of diseases and raise the quality of medical services across the country, including the development of a comprehensive plan to fight cancer.

The efficient government section in the address includes 10 measures with a broader objective to incorporate digital technologies and improve the quality of public services and state support. The plan also emphasises the support of businesses and lays out the development of a new package of supporting measures at both the national and local levels.

The reforms will also continue in the judiciary and law enforcement spheres, with eight measures stipulated by the plan in each area.