ASTANA – The first 2018 meeting of the Kazakhstan Council on International Relations (KCIR), held  Jan. 8, involved a discussion by experts of the top 10 significant events which will have important implications for the political and economic development, stability and security of Central Asia in 2018. 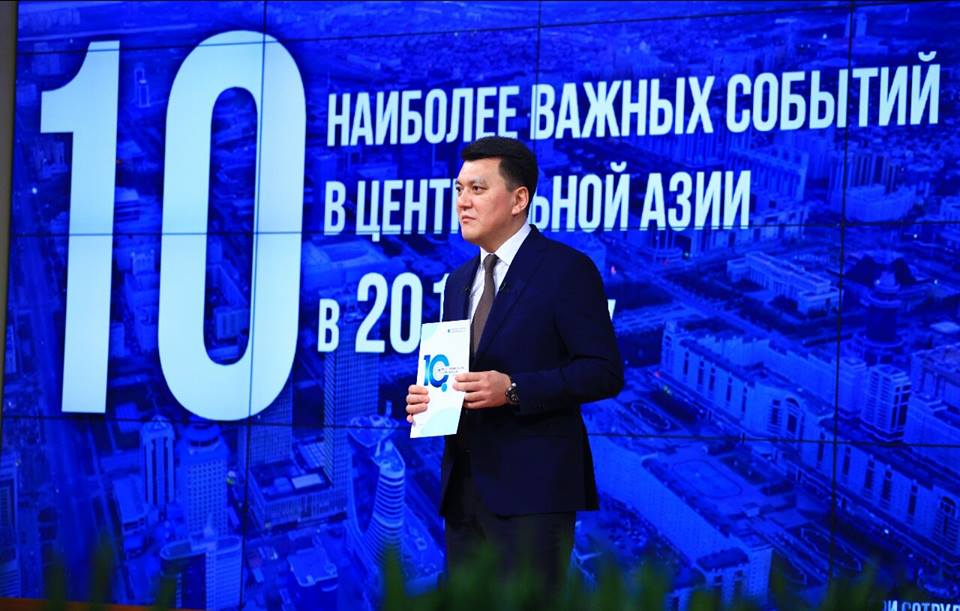 Council Chair Yerlan Karin, one of the nation’s leading political analysts, highlighted the following events as setting the trends in the region:

First, a stable foundation set in 2017 will allow countries on average to achieve 2.7 percent economic growth in 2018. Depending on specific dimensions of internal and external factors, the average growth rate per country will vary. A projected modest increase in oil prices and U.S. Federal Reserve decisions are among the common external triggers.

Second, communication among Central Asian states that has significantly increased in 2017 may lead this year to the first high-level gathering of Central Asian leaders since 2005. Although bilateral cooperation will remain a driving partnership force in the region, the perspective itself may signal the revitalisation of regional cooperation.

Third, given the strategic relationships between Russia and the Central Asian states in security, politics and economy, campaign rhetoric and statements rather than the Russian election outcome will be important in that it will shape, expressly or by implication, Moscow’s further actions in the region.

Fourth, the return of Central Asian militants from Syria increases the terrorist threat in the region. Approximately 5,000 foreign fighters from Central Asia have fought in Syria and Iraq, with about 500 having already returned home. This trend will intensify as the situation in Syria and Iraq continues to change. The involvement of Central Asian natives in terrorist activities abroad will have serious security implications in Central Asia. In 2017, they committed several terroristic attacks on foreign soil, including Russia. This fact, along with sleeper cells of extremists already existing in the region, adds up to security vulnerabilities in the region and the world, thus keeping the fight against terrorism on the region’s agenda.

Fifth, in 2017, the world has seen a worsening of the political and military situation in Afghanistan, reaching the highest human toll since 2001. The Taliban de facto controls 11 percent of the country’s territory, claiming its authority over 29 percent. The developments in Syria lead to the activation of ISIL/ISIS in that country, which has already claimed to be the perpetuator of terrorist attacks committed last month in Kabul and other Afghan locations/sites. In light of such events, the world might see a new U.S. strategy in Afghanistan.

Sixth, Central Asia will be moving towards more digitalisation, as relevant state programmes in Kazakhstan and Kyrgyzstan were announced earlier.

Seventh, the Central Asian population exceeded 70 million in 2017, marking a turning point in the demographic structure of the region. According to UN data on aging, some countries in Central Asia are experiencing the growth of life expectancy. The age structure of the Kyrgyz and Uzbek populations changed last year, as the proportion of people aged 65 and over has grown significantly. This is associated with increasing life expectancy and a declining mortality rate. At the same time, the younger age groups will continue growing and by 2018 their share is expected to be 30 percent. As a result, the demographic changes in the region will be another of the year’s important developments.

After its latest enlargement in 2017, the Shanghai Cooperation Organisation (SCO) leaders’ summit will bring together eight countries and 40 percent of the world’s population for a meeting in China, making it an essential occasion and No. 8 of the top 10 events. Considering China’s foreign policy efforts in recent years, this event may serve as a new platform for China to advocate its initiatives.

Ninth, in January 2018 Kazakhstan is tasked with the UN Security Council (UNSC) presidency with a programme focusing on Central Asia. The country seeks to advance cooperation issues and be the region’s voice at the venue. This historic event for Kazakh foreign policy, along with non-permanent UNSC membership for 2017-2018, is expected to enhance the country’s diplomatic mediation capacity.

Last but not least, 2018 might be a year for increased water security awareness in the region. This year marks the 20th anniversary of the establishment of the International Fund for Saving the Aral Sea. Signing of the the agreement on the status of the Caspian Sea, as well as launching the Rogun Dam Project, are expected this year.

KCIR was set up in early 2017 as a non-profit think tank specialising in Kazakhstan’s foreign policy and international affairs. Headquartered in Astana, it aims to consolidate local experts in international affairs and serve as a resource for its members, government officials, journalists and others to help them better understand the world and the foreign policy choices facing Kazakhstan and Central Asia countries. The members include elected officials, cabinet ministers, Parliament members and leading foreign policy experts.