ASTANA – Kazakh Minister of National Economy Timur Suleimenov said the inflation rate will stay within the projected corridor of 5-7 percent this year. He discussed the preventive measures to curb inflation which the government will take by the end of 2018. 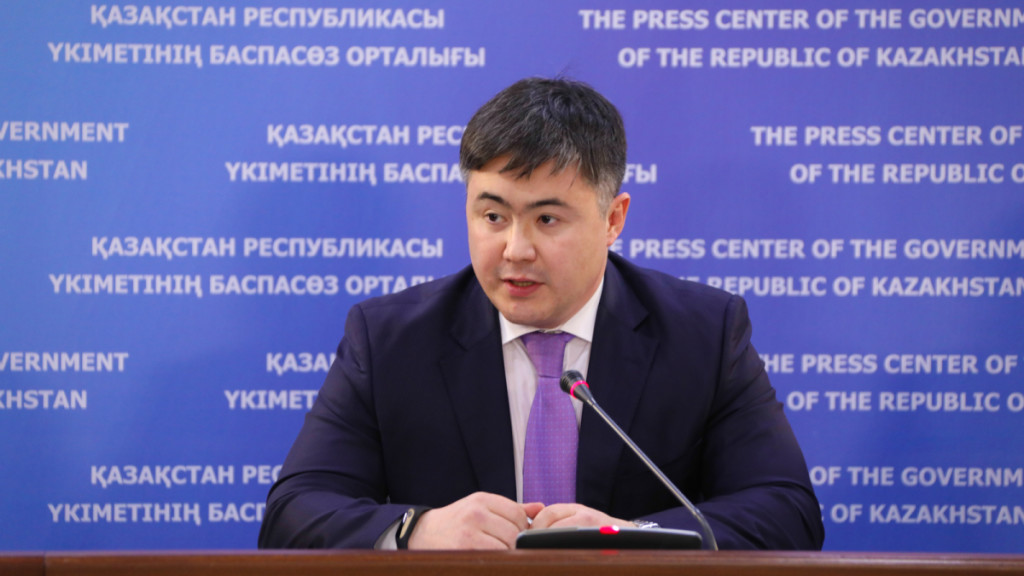 Suleimenov noted the inflation rate was 7.1 percent in 2017, when it was supposed to stay within the 6-8 percent corridor. He answered journalists’ questions about high prices for some types of fruits and vegetables in winter, saying Kazakhstan still has a problem with seasonal supply and demand.

“We can’t provide the same volume of offers for vegetables and fruits in December, January, February and March as in July, August and September. Therefore, this particular seasonal surge has been observed in our country at all times,” he said.

At the same time, he noted the Ministry of National Economy and the Ministry of Agriculture are actively engaged in expanding the supply of fruits and vegetables. In particular, a great deal of work is underway to increase inventories, the number of warehouses and wholesale centres and wholesale distribution and trade in all major cities and towns.

The Ministry of National Economy has also proposed reducing intermediary links, although Suleimenov emphasised there is no need to categorically dispose of all mediators.

“Trade intermediation is absolutely a normal economic activity, because not every farmer, not every peasant farm is able to deliver and produce its products on the shelves of bazaars and shopping centres at a distance of 100-200 kilometres. Mediation is just right for this,” he said.

The main thing, he noted, is that it does not become a dependent situation.

“Right now, our committee for regulation of natural monopolies and the protection of competition has legal levers: these are turn-over penalties and the withdrawal of monopoly income. While this year we did not stir anything, we will closely monitor the development of the situation,” he added.

The December inflation rate was 0.7 percent compared to the previous month and 7.1 percent year-on-year compared to 2016, according to the Ministry of National Economy statistics committee.

“One of the important trends of the past year was the slowdown of inflationary processes. Throughout the year, inflation was within the 6-8 percent target corridor of the National Bank and, as a whole, showed a downward trend. As a result of November, the consumer price growth index was 7.3 percent, which is lower compared to the end of last year – 8.5 percent,” said National Bank chair Daniyar Akishev.

Prices for confectionery rose 10.7 percent in 2017 and horsemeat and fresh fish prices grew 9.8 and 9.4 percent, respectively. The prices for sugar dropped 19.5 percent and sunflower oil by 9.9 percent.