The tasks set by Kazakh President Nursultan Nazarbayev in his state-of-the-nation address to the people of Kazakhstan aim at bringing the country to a whole new level of development.

As is well-known, the global resources for extensive development are almost exhausted, and further growth is possible only by means of intensive factors, that is, through a maximum use of scientific achievements. 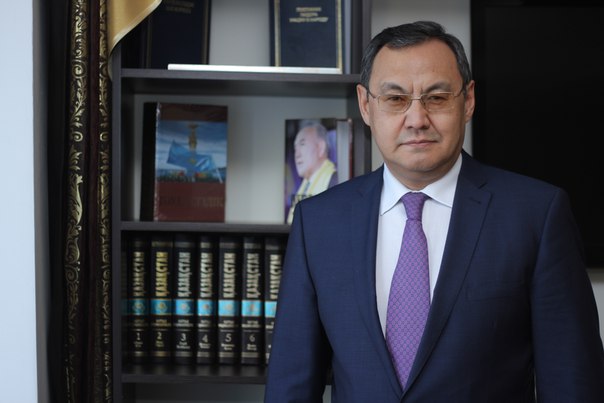 Speaking about the agro-industry, President Nazarbayev stressed the need for its development using new technologies.

Five years ago, at the Seifullin Kazakh Agrotechnical University, after a careful analysis of the best practices of advanced countries, we realised that it is not possible to solve the problem of technology transfer without creating a clear system for its implementation; and that we need to begin with the transfer of scientific knowledge, the embodiment of which would create the conditions for the development of science personnel of a new quality, as well as the training of professionals with new competencies, so that they will be the performers of practical tasks in technology transfer.

Today, we do not have such scientific and human potential. Based on this reality, we have developed our own strategy. We established a partnership with one of the world leaders in agricultural education and science at the University of California in Davis, USA which is well-experienced in the field of running educational and research systems reforms all over the world, and particularly in Chile, Malaysia, and China.

Based on recommendations, and with participation of researchers from this university, we developed our university’s transformation programme into a research university.

At the same time, this idea was based on a project of establishing a research university on the premises of the Barayev Science and Production Centre for Grain Farming located in Shortandy Village; the project was developed and presented to the President in 2010.

Why should it be a research university? The answer is simple. Firstly, it is the shortest development path that has been tested in the world and produced great results in developed countries. Secondly, the research university model integrates the education, scientific research, knowledge dissemination and application processes into a single whole. Here the main character is the researcher who leads all these processes. Unfortunately, inconsistency of these processes results in a low influx of young professionals into agricultural sector, in lack of continuity in scientific schools, as well as the underdevelopment of systems for knowledge dissemination and application.

Currently, we are working on the implementation of the above-mentioned programme.First of all, as part of knowledge transfer we became proactive in training and improving the skills of our researchers and teachers in the world’s leading research and training centres.

The next stage of this work is to upgrade the educational curriculum. With the help of trained staff and professors from the University of California in Davis we have developed and implemented six new curricula. Soon, we are planning to develop and implement 62 more such programmes. As a part of the process of education reform, we strengthened the practical focus of teaching. In particular, the duration of students’ practical work has been extended from three to seven months. For the agricultural area of concentration, the training period matches with the season of agricultural works. Four technology platforms were arranged at the university campus, which have also been supplied with modern equipment for meat, milk, grain and oilseeds processing, as well as for greenhouses, robotics laboratories and GIS technologies.

The second direction of our focus is the transformation of the university’s science system. Within these years we have supported the training of 42 people under the Bolashak programme, prepared dozens of researchers of a new formation capable of conducting scientific research at the gene and molecular levels. Currently, some of these researchers, along with their colleagues from Australia, are implementing a scientific project to increase the drought and stress resistance of local varieties of wheat, barley and chickpea using genetic engineering techniques. And our biotechnologists have fully mastered a modern method of producing biological test systems for diagnosing especially dangerous infectious animal diseases in a digital format.

The third direction is the creation of a technology transfer system. We have established five centres of international cooperation with international partners and owners of technological innovations for the transfer and adaptation of technology,. At the same time, instead of spending budget funds for these purposes, we were able to attract foreign investments of around 1.2 billion tenge (US$3.7 million). On the basis of these centres the scientific work is under way to adapt new technologies while delivering ready-made solutions to introduce into production. Moreover, our students have their studies here. Our partner, who has invested in the creation of the transfer and adaptation centre of Belarusian technologies, in addition to this, funds the training of around 50 students annually at Belarusian universities and machine-building plants.

So far, the centres are already demonstrating some good results. In particular, last year the GIS technologies centre, created jointly with South Korea, became the associate contractor of the state contract on satellite monitoring of harvesting in the main grain-producing regions of Kazakhstan. Currently, a decision has been made to include it as an associate contractor in the satellite monitoring of natural resources across the territory of Kazakhstan. In addition, this centre carried out the digitisation work of agricultural plots in the Tselinograd district of the Akmola region using its own resources and capacities. In the future, this database, when compared with satellite imagery, can be used to run an operational control over the activities of each land user in the area by parameters such as the appropriate use of the land plot, observance of crop rotations, susceptibility of crops to diseases and pests, as well as the course of sowing and harvesting campaigns.

At the International Chinese Technology Transfer and Adaptation Centre established using the funds of Chinese partners, we have launched joint projects of adapting to local conditions 40 species and varieties of drought- and salt-resistant wood cultures of Chinese selection that can be used to solve existing problems of the “Green Belt of Astana,” as well as high-yield varieties of grain crops and potatoes.

Today, we see the great perspectives of “precision agriculture” technology. Its implementation not only offers the farms huge savings in material-and-technical, labour and financial resources, but also ensures high productivity and environmental sustainability of the production. At the Precision farming centre, created on our territory and with the financial support of our German partner, our researchers have fully worked out the elements of this technology, so today we are ready to replicate them throughout the country.

Another aspect that plays a leading role in the accelerated development of agriculture is the knowledge dissemination. Last year, with the support of foreign partners, we created in our university the office for knowledge dissemination, which aims at developing farmers’ practical skills of complex and innovative decision-making. With support of UNDP and in partnership with Astana EcoStandard, Greenhouse Complex LLP, we organized a greenhouse farm, where more than 200 first-time and proactive entrepreneurs have been trained. Moreover, an aquaculture and fish farming school was launched, covering about 100 entities from fish industry in a hands-on mode. I want to note that today the demand for such training by the business structure has dramatically increased, and we intend to develop it further.

Analysing our past work, today we can state with complete certainty that agrarian universities with their systematic transformation are able to become an important tool in solving the problems of technology transfer. We proved this out. To continue these reforms, it is necessary to increase the cost of state funding for agricultural majors up to the level of national universities.

Carefully studying the key messages of the address of the head of state regarding the development and problems of agro-industrial sector and agricultural science, our university’s community is proud to note that they have been consonant with all our efforts in recent years aimed at systemic transformation of the educational and scientific research process to solve the practical problems of technology transfer. And this gives us confidence and a powerful stimulus to continue working on our plans.

The author is Rector of the Seifullin Kazakh Agrotechnical University and a former Minister of Agriculture of Kazakhstan.