ASTANA – The Internet opens wide possibilities for children, however, free access to all websites can pose hazards. While it is technically impossible to make sure a child surfs the web safely, Internet service providers can block access to sites at the request of parents, said Vice Minister of Information and Communications Alan Azhibayev during the discussion of the draft law protecting children from harmful information. 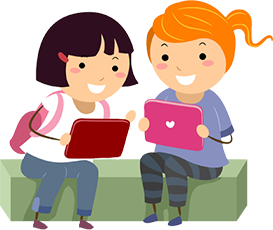 “In April 2016, domestic and foreign media reported that the European Parliament intended to set age limits this year for social media use. This initiative is important for Kazakhstan as well. Parliament members offered to apply a similar norm in Kazakhstan. This initiative was backed by representatives of IT companies, including Kaspersky Lab,” said Mazhilis (lower chamber of Parliament) member Kenes Absatirov.

He added the government provided an official response to Mazhilis members on July 1, 2016 and assigned the Ministry of Information and Communications to study the question.

“One and a-half years have already passed. Is it possible, given the high social price paid by children involved in suicide sites, being raped by ‘acquaintances’ from social networks and so on, to finally ensure control over access to social networks for children under 16 in the draft law?” he asked.

Although Azhibayev indicated it is not yet technically possible to ensure a safe Internet, he noted parents can contact telecommunication operators and restrict access on children’s computers and devices. The corresponding agreement would be concluded with the operator.

“Each parent can apply to the operator and ask to connect the safe Internet to the gadget, where they will have access to certain sites. Thus, each parent can show social responsibility and limit Internet access for their children, particularly access to social networks. This is the way out and we are working in this direction,” he said.

“Responsibility should be mutual and parents should be responsible, not just letting children into society with pockets filled with telephones and gadgets. There is a need to bring this information to the whole society to ensure that parents and the public know how to protect children with the help of those opportunities which we have,” he said.