ASTANA – The Association of Kazakhstan Automobile Business recently predicted that the Kazakh car market would grow 15-20 percent this year. The recovery of the market after the fall in sales during 2014-2016 was one of the most important events in the country’s economy in 2017. 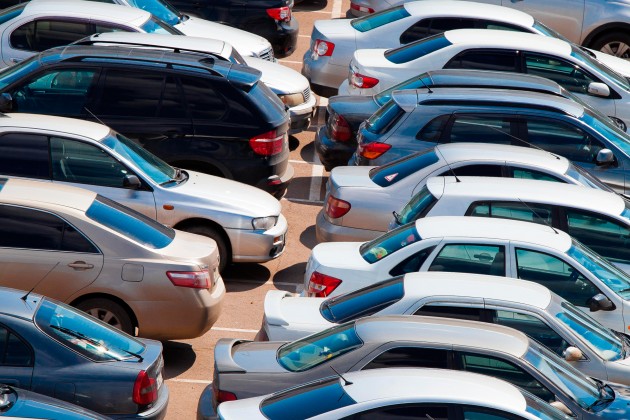 Vice-president of the association Anar Makasheva is a strong supporter of automobile production localisation and she reported that in 2017 its level increased.

“Our goal is to achieve 50 percent of production localisation by the end of 2019. Kazakhstan producers are doing their best to increase the share and by the end of 2017 it has reached 36 percent. The state will continue to support automakers through the implementation of the state programme for the sale of cars at 4 percent per annum,” she said, Kapital reports.

The last year has been successful not only for importers, but also for manufacturers of domestic cars. According to the association, in the last year, six Kazakh automobile plants produced 19,086 pieces of equipment (cars, trucks and buses) worth $435.2 million. This triples the results of 2016.

Every third car sold in the country, including commercial vehicles, is produced in Kazakhstan. According to the Committee of Statistics of the Ministry of Energy, the share of automotive industry in machine building industry doubled in monetary terms, tax payments of six automobile enterprises in 2017 amounted to about $21.8 million. According to the forecasts of the association, in 2018 the growth of the car market will continue and will be 15-20 percent.

The implementation of the programme will continue in 2018. The state has already allocated about $31.2 million for the purpose. In addition, the programme has proved itself in the commercial equipment segment.

“The right for leasing at 3 percent per annum is granted to Development Bank of Kazakhstan Leasing. The terms of the programme are quite attractive: about 30 percent of the initial payment, a small package of documents required for clearance. For small and medium-sized businesses this is the most comfortable way of purchasing commercial equipment,” Makasheva said.

According to the results of 2017, 1,480 Kazakhstan cars worth to $18.1 million were exported to near and far abroad countries. The export of Kazakh automotive products has quadrupled in comparison with 2016 in 2017.

Thus, 1,205 Lada 4×4 vehicles were exported to China, and 66 JAC S3 crossovers were exported to Tajikistan and Russia. The leader in the export of trucks is Hyundai Trans Auto, which delivered trucks to Russia, Belarus and Kyrgyzstan for the amount of almost $6.2 million.

“For our company, Russia remains the main export market. The potential of Russian market is huge. At the end of the last year, the full-cycle JAC line was launched at SaryArka Autoprom plant in Kostanai and I hope that the company will be able to export cars to Russia and the volumes of Kazakhstan’s automobile exports will be measured by tens of thousands of cars,” Afonin said.

“But if you plan to enter Russian market, you have to understand that you can’t offer models which are already localised there. Therefore, it is necessary to present models that are either not represented in the market or are not produced by Russian enterprises. As for cars, this is the JAC line, and for commercial vehicles – some models produced by Hyundai Trans Auto,” he explained.

One of the trends that will remain in 2018 is the conversion of the Kazakhstan’s motor pool to alternative fuels and the development of the infrastructure for servicing electric vehicles.