ASTANA – The European Bank for Reconstruction and Development (EBRD) continued to support the Central Asian region in 2017 with a total investment of $1 billion. It has also resumed operations in Uzbekistan after a seven-year pause. 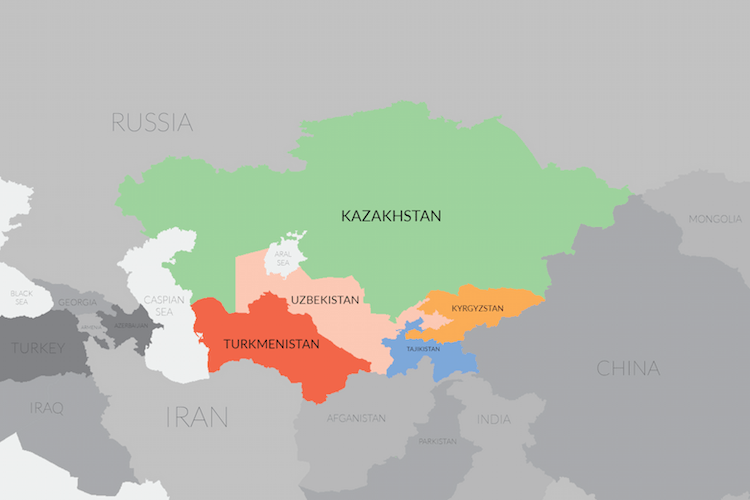 The bank is the largest institutional investor in the region, with approximately $12.3 billion committed to a variety of projects. With the new financing in Uzbekistan, its lending in the region reached the figure last year, said EBRD first vice president Phil Bennett, according to Reuters.

During his speech at Nazarbayev University in June, EBRD President Suma Chakrabarti noted Central Asia is one of the bank’s most important regions.

“We now combine a private sector focus on financing and the delivery of development goals with extensive work on policy reform with the governments of the countries where we work. In Central Asia, for example, we are actively engaged in such reform in the areas of green energy, diversification, the investment climate and the role of the private sector,” he said.

Kazakhstan is one of EBRD’s largest countries of operation; it ranked second last year after Turkey with nearly $6.5 billion invested in 236 projects throughout the last 20 years. According to the bank’s website, it has several priorities in the country such as balancing the roles of the public and private sectors, strengthening the banking sector and developing local capital markets. The bank also claims infrastructure as one of the most important areas. EBRD is also Kazakhstan’s largest investor in sustainable energy, including renewable energy and energy-efficient technologies. As the bank’s work in the country has been widely covered, the following concentrates on its activity in neighbouring countries.

With the reopening of the Tashkent office in November, EBRD has signed three loan agreements totalling $120 million. The largest, worth $100 million, is for the Uzbek National Bank for Foreign Economic Activity for on-lending to small and medium-sized enterprises (SMEs) and trade finance. At the same time, agribusiness Agromir Juice and medical supplier Mutabar Medical Standart will each receive approximately $10-million loans for expansion and growth. EBRD also signed a memorandum of understanding with the Uzbek Chamber of Commerce and Industry for joint work to improve competitiveness.

The bank noted its current objectives in Uzbekistan are supporting domestic SMEs and promoting trade finance and cross-border cooperation, as well as facilitating foreign direct investment resulting in technology and know-how transfer and improving competitiveness of the local economy. The EBRD Board of Directors is expected to approve a new country strategy for Uzbekistan which will set out longer-term strategic priorities, according to the bank’s press release.

EBRD announced in May that it is providing loan and grant financing to Manas Airport, Kyrgyzstan’s main air gateway, to modernise the terminal. Under the agreement, the airport operating company will receive a $4.7-million loan and $500,000 investment grant to address the country’s growing demand for good quality airport services and assist in installing a ventilation and heating system which complies with international and energy efficiency standards, noted the bank’s press release. In addition, EBRD will provide technical assistance to improve the airport’s financial management and operation efficiency, as well as energy efficiency standards.

In December, the bank and the Kyrgyz Investment and Credit Bank (KICB) announced they are providing financing to Kaindy-Kant, the country’s leading sugar producer. The $2-million loan agreement will provide the company with working capital related to procuring and subsequently storing, transporting and processing sugar beets.

At the same time, EBRD indicated it will be contributing to the reliability of power distribution in the country with a financing package up to $7.17 million to Vostokelectro, the power distributor covering 47 percent of the nation. It will consist of a sovereign loan and an investment grant from the EBRD Shareholder Special Fund to support the company’s investment to improve energy efficiency and reduce energy losses. Vostokelectro will be able to install advanced metering systems, modernise and strengthen its low- and medium-voltage power infrastructure and establish a better integration with renewable sources of energy.

During its years of operation, EBRD has invested approximately $770 million in various sectors of the Kyrgyz economy in 160 different projects, mostly in infrastructure.

EBRD’s Women in Business programme was launched in Tajikistan last year. The bank, which sees economic inclusion as one of the attributes of a successful modern economy, has allocated $10 million to the programme, according to the press release. As well as access to finance, it will help women receive the know-how they need to develop their businesses through business advice, training courses in key entrepreneurial skills and a mentoring programme.

In late December, EBRD announced it is committing new funds to address solid waste treatment issues in the country. The loan, which will finance priority municipal investments in the city of Kulob, will be aimed at improving and expanding its solid waste collection network, procuring associated equipment and constructing a new sanitary landfill. The project is part of the Tajikistan Solid Waste Framework approved by the EBRD Board in December 2014.

A total of 114 projects are currently and/or will be implemented in Tajikistan, with a cumulative EBRD investment of $716.7 million.

In early 2017, the bank announced $10 million in financing to Turkmenistan Coca-Cola Bottlers to support its expansion and energy efficiency improvements. The funds will allow the company to invest in energy efficient coolers, new vehicles and bottling machines to improve production processes, boost capacity and reduce energy waste. As part of the project, the firm will train local SMEs to help them meet Coca-Cola standards and potentially become suppliers.

EBRD will also provide Taze Ay, a family-owned meat producer, with a loan of up to $4.5 million in cooperation with Taiwan ICDF (International Cooperation and Development Fund), which will finance a third of the amount. The funding will help the company expand its daily production volume of halal products and acquire new refrigerator trucks, which will help increase sales across the country during the extremely hot summer.

The cumulative EBRD investment in Turkmenistan is $305 million in 64 projects, with the focus on private sector and SME development. Ninety percent is targeted to support local SMEs.