ASTANA – The Head of International Committee of Sports for the Deaf Valery Rukhledev recently visited Almaty and encouraged Kazakhstan to submit an application for Almaty to host the 2019 Winter Deaflympics. 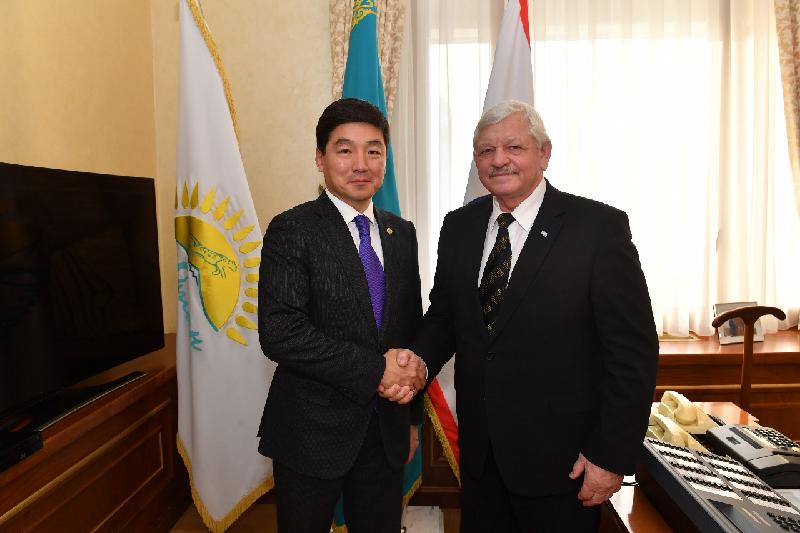 “Almaty has not submitted its application to host Winter Deaflympics, but we would like to consider it as a candidate. We observed the sports infrastructure and were impressed by the architecture of the buildings, state-of-the-art equipment and especially by the active sports life in those facilities. In addition, we witnessed national competitions in curling and skiing, children’s training of figure skaters and hockey players, as well as mass skating and skiing. All of this, as well as the 28th World Winter Universiade held in February 2017, prove that Almaty is deservedly one of the world winter sports capitals,” said Rukhledev.

Almaty is home to 44,100 people with disabilities, including 5,000 with hearing impairment.

Rukhledev noted that the Winter Deaflympics have not been held on the Asian continent. He also mentioned potential benefits of hosting the Games, including developing urban areas and improving urban environments for people with physical challenges, including the installation of elevators, sidewalks, traffic lights, special marking and visual pointers. He also said such events generate interest in sports among people with disabilities, which helps them integrate into social life.