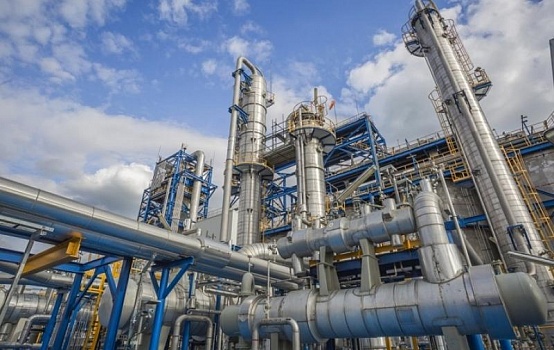 “The Atyrau refinery began shipping diesel fuel of ecological classes K4 and K5 (equivalent to Euro-4, Euro-5) from Jan.1. This became possible after a major overhaul in the diesel section of the KU HBD, where catalysts were replaced… As a result of the replacement, a reduction in the sulphur content of hydro-treated diesel fuel to 2-3 ppm was achieved with the norm for K5 class not more than 10 ppm, and for K4 class not more than 50 ppm,” the Atyrau refinery press service explained.

Measures related to the washing of pipeline systems, oil filling systems and tank farms of the plant were carried out in preparation for the transition to the production of new fuel standards at the facilities. Pilot-industrial lots of diesel fuel K4 and K5 have also been developed and product quality passports have been issued.

“The plant also imposed high demands on organisations engaged in the transportation of products and the supply of tanks for filling, associated with new approaches for the washing of tanks and their cleanliness. Similar technical measures must necessarily be carried out in the tank farms of oil depots and gas stations,” the press service informed.

The Atyrau refinery processed 218,778 tonnes of oil, with almost 7,844 tonnes processed in excess of the plan in 15 days of January.

During the same period, K-4 and K-5 diesel fuel was shipped in the amount of 44,971 tonnes, 589 tonnes of which exceeded the planned amount.

The Atyrau plant also exceeded expectations for the shipment of TS-1 jet fuel TS-1, shipping 1,080 tonnes were shipped though only 968 tonnes were planned.