ASTANA – President Nursultan Nazarbayev was among friends during his official visit to the United States earlier this month, as he was one of the guests for the Astana Ballet’s Jan. 17 performance at New York’s Lincoln Centre. The event was unexpectedly popular and scores were unable to attend due to the high demand.

“The concert was very successful; there were no places and the audience met our artists very warmly. Each performance was greeted with sincere applause. Unfortunately, not everyone could enter. The hall could not receive everyone; we will definitely take this moment into account for the future. Perhaps one day in New York is not enough,” said Astana Ballet Director Valery Kuzembayev.

The programme included several primary works such as “Heritage of the Great Steppe,” which includes miniature scenes and moments taken from national ballets rich in culture and colour. It reflects the dynamic growth and uniqueness of the Kazakh modern national ballet. 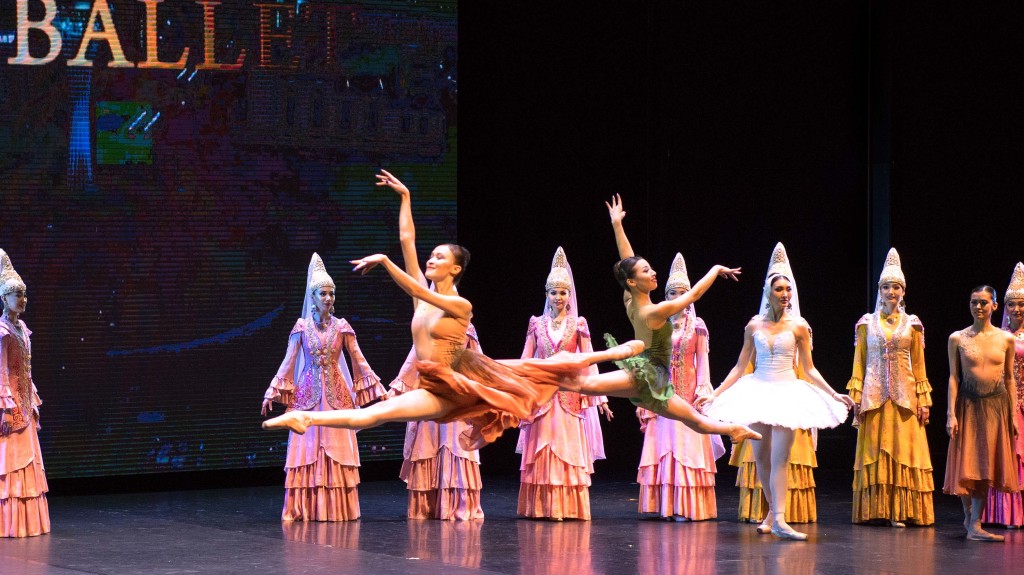 “Love Fear Loss” is set to the songs of Edith Piaf and choreographed by Ricardo Amarante. Inspired by the singer’s remarkable life story, it is a dance about emotional attachment moved by hymns of love that took the world by storm.

The announcement for “A Fuego Lento” notes it tells the story of “nascent feelings of emotional heat, burning emotions and the force of first love. The dance mimics the powerful waves of excitement as the object of one’s affection draws close to becoming the centre of one’s world. ‘A Fuego Lento’ shows the world that the true meaning of life is love.” The music is by Lalo Shifrin, Astor Piazzola and Carlos Gardel and choreography by Amarante.

“I think that the performance of our theatre in New York will be an impetus for further creative achievements. Tours for young artists are a huge stimulus for creativity, an opportunity to test their strengths and abilities in front of the audience of the largest cultural centre of the United States. For the tour in New York we chose the best productions out of our repertoire: choreographic miniatures and fragments of ballets of the national programme ‘Heritage of the Great Steppe,’ pas de deux from ‘The Nutcracker’ ballet directed by Altynay Asylmuratova, fragments of neoclassical ballets ‘Divercity’ and ‘A Fuego Lento’ and the one-act ballet ‘Love Fear Loss’ of Belgian choreographer Amarante,” said the theatre’s chief choreographer Mukaram Avahri in early January.

The Astana Ballet repertoire includes classical international and national masterpieces, as well as original compositions by renowned choreographers. Collaborating with choreographers and teachers from different countries has enabled the dancers to acquire a rich vocabulary of modern composition, making the language of the company accessible and understandable to audiences throughout the world.

The performance is part of “Modern Kazakhstan Culture in the Global World,” a project of the Kazakh Ministry of Culture and Sport.