ASTANA – Freezing cold weather has settled into Kazakhstan with the arrival of an artic cyclone coming from the Kara Sea located north of Siberia. 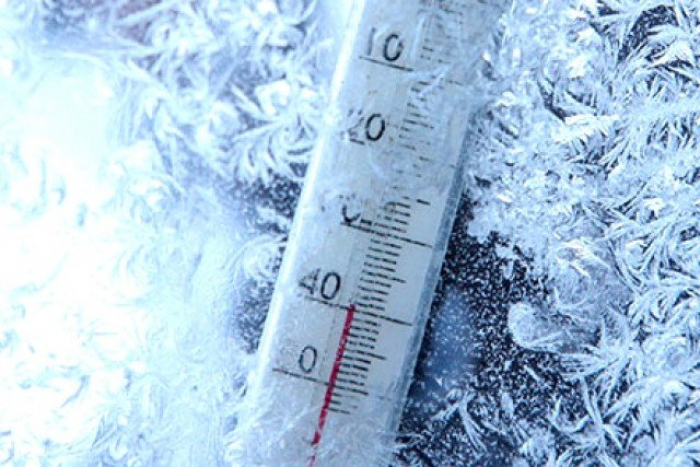 Schools have been closed since Jan. 22 for four days in a row due to the freezing weather.

Though cold winters are a regular phenomenon for Kazakhstan, which is located in a sharp continental climate zone, this cold snap is severe even by Kazakh standards.

The nation’s weather service Kazhydromet forecasts the temperature will drop even lower.

“A huge anticyclone was formed that reached Siberia and went further to the South and South Eastern regions. An anticyclone in winter always means temperature drops, clear sky. No precipitation is expected in the near future. Very cold flow of air mass comes to us from the north, from Yamal (Yamal Peninsula, northwest of Siberia). This brings such low temperatures,” said Kazhydromet Climate Research Department Head Svetlana Dolgikh.

Very cold months alternate with warm ones and the pattern is continuous throughout the years, she said.

“Global warming does not rule out such weather surprises. We observe the changes in weather in winter each year and we see fluctuations when very cold months change to warm months. Such pattern is very pertinent to Kazakhstan in the last decades. Climate change is seen in our Novembers and Decembers, when it gets warm very fast. We start feeling the real winter only in the second half of winter season,” noted Dolgikh stressing people will have to withstand freezing cold temperatures for at least one more week.

Astana city services have switched to an intensive work mode to accommodate the temperatures.

People in ten regions as well Astana and Almaty have suffered from the big Arctic freeze so far.

The Kazakh Healthcare Ministry press service reported 223 people were taken to the hospital diagnosed with frostbite and 73 of them were admitted to the hospital.

People in Astana have taken to social media to show temperatures in the city lower than in Antarctica.

Freezing cold, however, have prompted kindness among Astana residents – Astana Zhastary youth resource centre volunteers are offering hot tea to people on the streets and some cafes are providing free hot tea or coffee.

Volunteer drivers are also picking up people on the streets and taking them to their destination for free.

“Today we helped people to get to work from 7 a.m. until 9 a.m. We will also help get them back home in the evening from 5 p.m. until 7 p.m. We have a truck and three cars. People are surprised at first, but then are happy and thank us,” said Astana Zhastary Head Mukhamedzhan Bolysbek.

Outdoor parking lots near the city’s train station and airport are also free because parking gates might break down due to low temperatures and result in a traffic jam.

The freezing weather comes just a week after Astana was hit by a record strong blizzard. Though strong winds are common to Astana winters, their speed was unusually high this time causing significant damage to buildings and making it difficult for people to stand or walk on the streets.