Almaty resident Kobylanda Zhanabekuly has brought “Game of Thrones” to his own country as the inventor of the board game Kazakh Khanate. It has been patented and is unique to the nation. 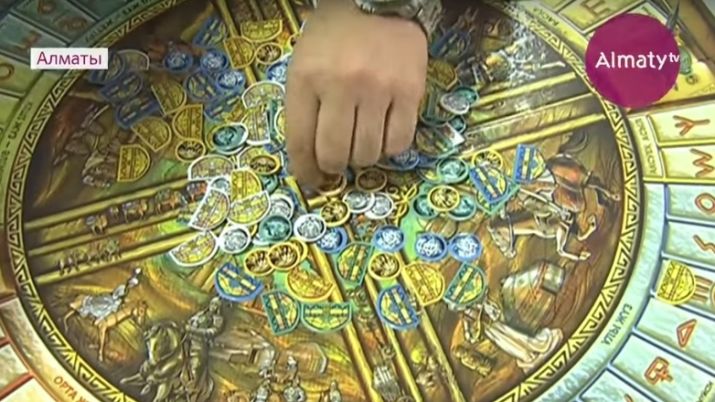 Kazakh Khanate has 40 different tribes across a field representing the three zhuzes (the three largest conglomerations of tribes in the Kazakh nation) and players must gather as many villages and auls as possible. The game takes them to the times of the great conquests, with the action unfolding on the board. Players have chips, cards and precise calculations in their arsenals and are given 30 minutes to beat their opponent.

When players’ chips intersect, they need to battle and resolve any dispute by resorting to help from batyrs, sultans, tulpars and sarbazs – mighty warriors, warlords, flying horses and soldiers, accordingly.

Zhanabekuly worked for nearly a year to develop Kazakh Khanate, which includes features similar to chess, backgammon and monopoly. Before releasing the game, he tested the rules with players of various ages and walks of life, from 7-year-olds to retirees.

“The game is called Kazakh Khanate because you play as a sultan – the way Abylai, Kassym, Zhanibek and Kerey khans played in the very beginning. They united tribes and the more Kazakhs you unite, the higher your status rises, and whoever has the biggest number of tribes first will become a khan,” he said.

Kazakh Khanate combines the traditions and customs of the Kazakh people. When a player’s chip lands on the Bazaar tile, for example, he or she uses cards with descriptions of different rituals which help secure the desired territory.