By Anuar Abdrakhmanov in Sports on 24 January 2018 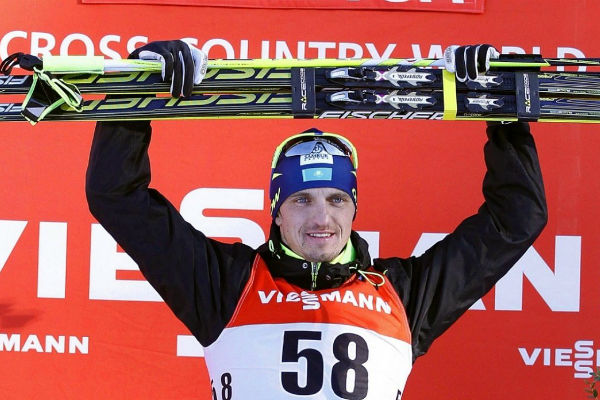 “We had a very good race today. The course was great for me. I would like to thank my service team for very good skis,” he said after the race.

Poltoranin was the team’s lone representative among 78 of the world’s leading skiers. He started under number 44 and finished the distance in 36 minutes, 54.7 seconds. Poltoranin shared the lead at some points with Johannes Klaebo, but ultimately edged the Norwegian by 13.2 seconds. Calle Halfvarsson of Sweden closed the top three.

“We are very happy for Alexey. He is 100 percent up to the tasks facing him now. He was the only member of our team to take part in the race in Planica and yesterday’s sprint was not quite a success, but today Alexey showed his high professionalism and a really beautiful race, which is a result of both his talent and hard work. The next World Cup events will take place next weekend in Seefeld, Austria, where Alexey will again be the only representative of our team,” said head coach Alexander Batyaykin.

With the win, Poltoranin broke the World Cup record in 15-km classic competition podiums. He now has 14 podiums, one more than Dario Cologna of Switzerland and Paul Gunnar Mikkelsplass of Norway.

Poltoranin is one of the main names on the Kazakh team for a medal at the upcoming Olympic Games in South Korea.

“I think Alexey has perfect opportunities. He has gained experience, learned to lose with dignity and overcome the great pressure he suffered sometimes. These can give him a good head start to win a long-awaited medal in winter sports, especially in ski races, at the Games in South Korea,” said Kazakh skier and1994 Olympic champion Vladimir Smirnov.