Afghan student studying in Kazakhstan appeals to Nazarbayev ahead of visit to U.S.

ASTANA – Hafizullah Qaderi, an Afghan student studying in Kazakhstan, recently posted a video on his Facebook page asking Kazakh President Nursultan Nazarbayev and U.S. President Donald Trump to step up efforts to find a solution to peace and stability in his homeland. 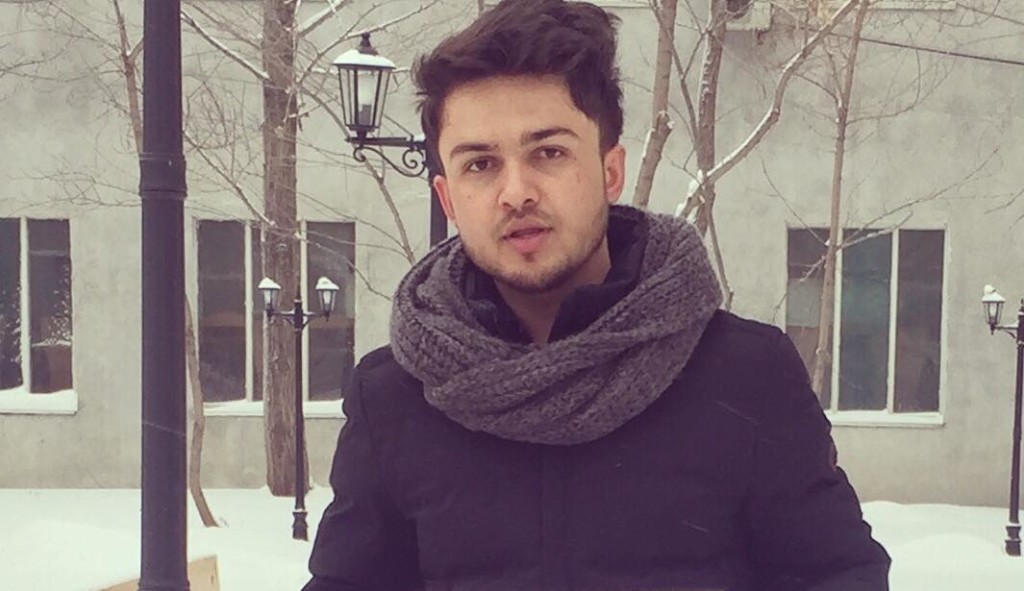 “My address aims solely at peace in Afghanistan. I do not want war. Our people became victims of war,” he said in the message.

Qaderi believes the war in Afghanistan means war in other Asian countries, stressing terrorism has no faith or religion.

“If the war in Afghanistan is not stopped, then the Asian nations might suffer as well. Terrorism will get closer to neighbouring countries and will spur smuggling in those countries,” he said.

Screenshot from the video message.

Qaderi noted he does not want revenge, adding he is only seeking stability and peace in Afghanistan.

“Here, in Kazakhstan, I am receiving a good education. I learned to live in peace with people of different ethnicities,” he said.

Qaderi believes his country could learn how to build peace from Kazakhstan’s example. He stressed Nazarbayev’s consistent efforts to serve as a mediator in settling the conflicts, including the Syrian peace talks that have been held in the Kazakh capital since January 2017.

While addressing Nazarbayev and Trump in particular, he urged all world leaders to galvanise efforts to stabilise the situation in Afghanistan. The request was posted in advance of Nazarbayev’s much-anticipated official visit to the U.S., as the two leaders are expected to meet at the White House Jan. 16.

“I learned from the news that you will soon meet Donald Trump and I ask you, Nursultan Abishevich, to convey my words to him and begin peaceful negotiations in Kazakhstan,” he said.

Qaderi is a senior at Seifullin Kazakh Agrotechnical University majoring in engineering. He has been living in the capital for nearly five years.

“I really like Kazakhstan and I have learned a lot here, where people of different nations live in peace together and respect each other,” he said in an interview with The Astana Times.

Qaderi is among 1,000 Afghan students studying in Kazakh universities as part of Kazakhstan’s $50 million project launched in 2010 which seeks to educate as many as 1,000 Afghan students in its higher education institutes through 2020. As of September 2017, 564 students have graduated from Kazakh universities and technical and vocational education institutes, while more than 400 are continuing their studies.

Upon graduation, Afghan students are required to return to their native land and apply their experience and knowledge to rebuild their nation.

“After graduation, I want to continue my graduate studies. I want to study further. I believe Kazakhstan will teach me how to find peace in Afghanistan. I want to help my family,” he said.

In his post, Qaderi called upon young people to support his address, a plea which fellow engineering student Saber Rasuly said they have taken to heart.

“My friend made this video to address the President of Kazakhstan to achieve peace in Afghanistan. All of us, young people, support him,” he said.

Afghan students who come to Kazakhstan after finishing high school in Kabul complete ten months of Russian and Kazakh language training. The classes allow them to speak and understand local languages freely and immerse comfortably into the local environment.

Once he has completed his studies, Rasuly plans to return home to work and help his family and friends.