Kazakh President Nursultan Nazarbayev announced in October 2016 the establishment of a new prize, the Nazarbayev Prize for a Nuclear Weapon Free World and Global Security. In November 2017 in Astana, the first such award was given to King Abdullah II of Jordan.

“Today I would like to tell you and our people about the new initiative,” Nursultan Nazarbayev said when announcing the establishment of the prize last year. “I have made a decision to establish an international award for contributions to nuclear disarmament and security. This is Kazakhstan’s international prize.”

Kazakhstan has been a decades-long internationally recognised leader in the global antinuclear weapons movement. Their efforts, after more than 450 Soviet nuclear weapon tests were conducted at the Soviet Union’s nuclear test site in Semipalatinsk in eastern Kazakhstan from 1949 to 1991, have begun with the closure of this test site in 1991 and continued with the elimination of what was then the world’s fourth largest nuclear arsenal.

The period of testing has inflicted great suffering on the Kazakh people and environment. Tests negatively affected the health of more than 1.5 million Kazakh citizens including many who, to this day, in the first and the second generations, suffer early death, lifelong debilitating illness and horrific birth defects.

King Abdullah II of Jordan was chosen as the award’s first laureate for his contribution to “regional stability, global security and steadfast stance against war and the proliferation of weapons of mass destruction.” 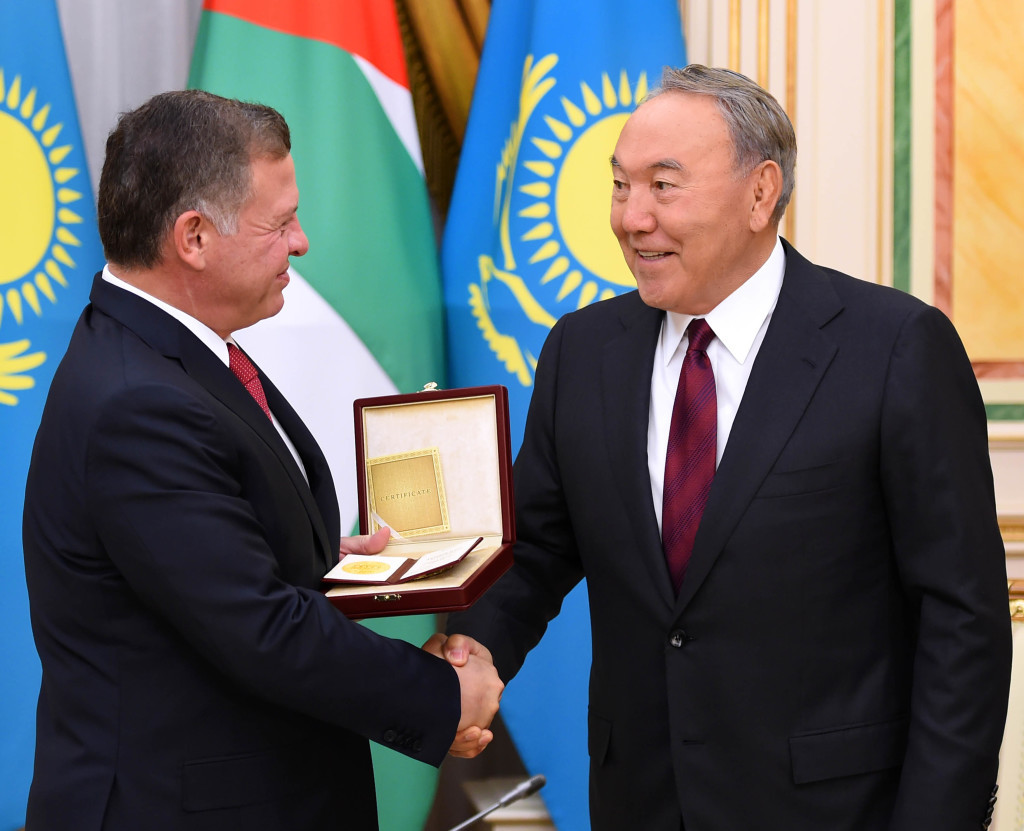 In presenting the award, President Nazarbayev specifically highlighted Jordan’s acceptance of up to 1.3 million refugees since the Syrian crisis began more than six years ago, as well as Amman’s involvement in the Astana Process peace talks on Syria as an observer. Jordan’s contribution to peace process between Israel and Palestine was also noted as was the king’s work to make the Middle East a nuclear weapons-free zone.

At the ceremony at the Akorda presidential residence in Astana, the king stressed that “this award is for the entire people of Jordan” and said any prize funds related to the award will support Jordanian students in public schools.