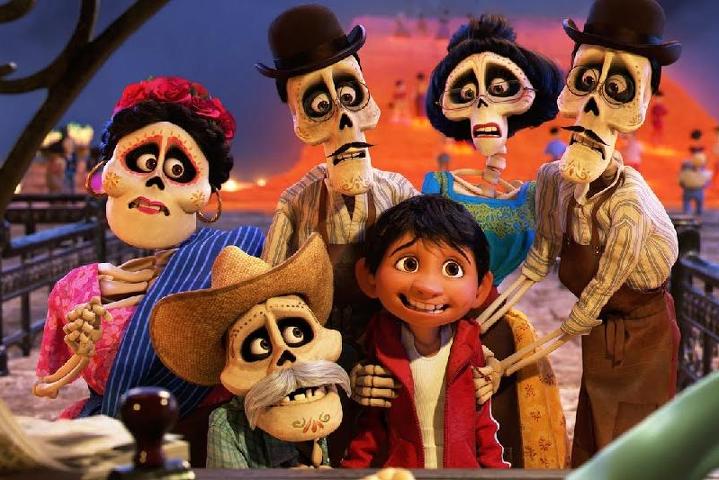 “‘Coco’ is my third project as a director, the 11th as an actor and the first animated film in my entire career. I am sure that the movie is the most difficult project in comparison with all previous ones. The complexity of the project is in its musicality. The main characters are great in singing and we have no right to sing worse,” said Kazakh dubbing director Shakh-Murat Ordabayev, reported Kazinform.

He added that, thanks to the cartoon, he had an opportunity to understand the similarity between Mexican and Kazakh peoples. The main idea is the memory of our ancestors and love of one’s family, qualities that are instilled in both populations, Ordabayev explained.

“‘Coco’ is a warm family cartoon, full of love, beauty and nobility. I recommend all family members watch it, especially in Kazakh,” he said.

“My heroine, like all grandmothers, surrounds the child with her love and care, tries to protect him from difficulties and bad habits and raise him to become a good person. Indeed, this is the role of the grandmother, who believes that children are our future; we must take care of them, protect young children and give them a good family upbringing,” said actress Beknazar-Khaninga Leilo, who supplied the voice for Coco’s grandmother.

“Of course, we faced many difficulties. The Mexican people are very emotional and bright, so it was hard to show the mood changes of Miguel throughout the entire cartoon. The peculiarity of ‘Coco’ is musicality, but the protagonist of the cartoon is not a professional singer, but only dreams of becoming one. Akarys is very similar to Miguel, as creativity also lives in his heart,” said Ashimhan’s mother, Ainur Bermukhambetova.

Since 2011, the Bolashak Association in conjunction with Disney and Meloman has implemented a unique project to translate a series of the best Hollywood films. The project is social and does not pursue commercial goals. World blockbusters, whose average budget exceeds $200 million, become a national product as the result of high-tech dubbing.

Ordabayev recently finished working on “Guardians of the Galaxy Vol. 2” and “Spider-Man: Homecoming.”