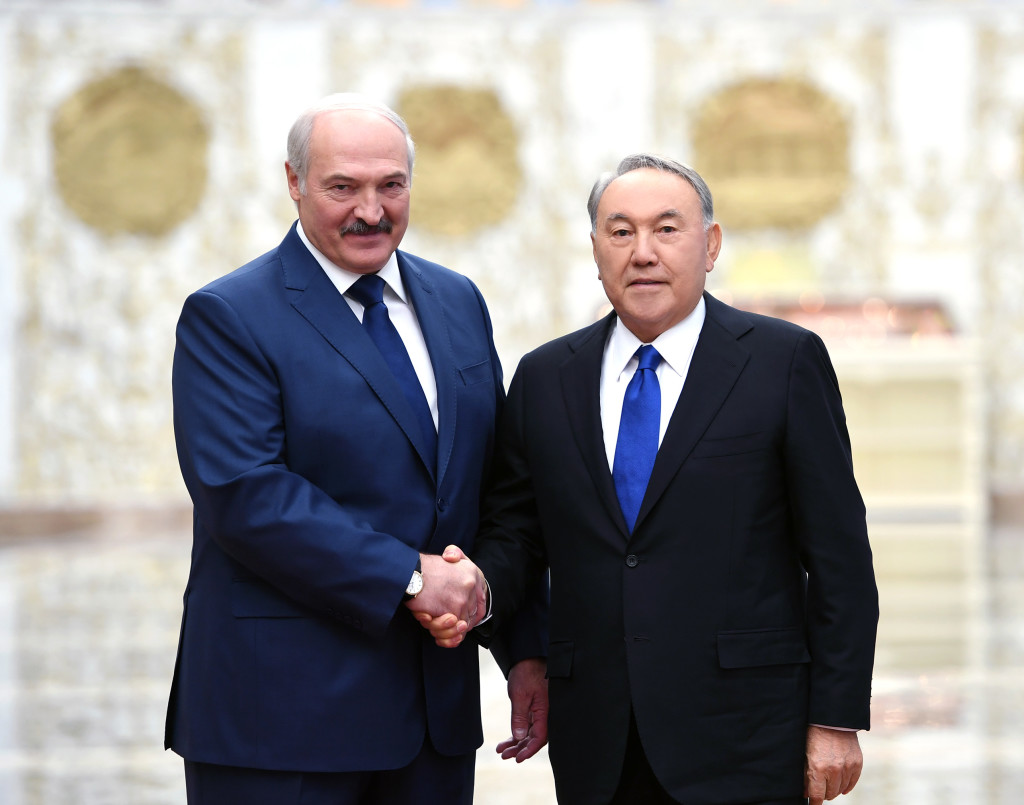 The two leaders discussed strengthening cooperation in trade and industry, transport and transit, the space industry and the development of information and computer technologies.

“In a short historical period, significant advances have been made. In difficult conditions we have created a significant political base for bilateral cooperation. Our states are reliable partners who have open and confidential relations,” said Nazarbayev of Kazakhstan’s relations with Belarus.

He also positively assessed 2017 economic relations and cooperation within the Eurasian Economic Union.

“There are 260 Belarusian enterprises, 6 joint major car assembly plants in Kazakhstan. The products of Belarusian agriculture are on the shelves of Kazakh stores,” he said.

Kazakhstan and Belarus are among the founders of the CSTO and the Eurasian Economic Union. Among Commonwealth of Independent States countries, Kazakhstan is one of the three largest trade and economic partners for Belarus. Bilateral trade began to recover in 2017 after a significant decline in 2015-2016. The turnover for the first nine months of 2017 increased 60 percent to $441.4 million.

Kazakhstan and Belarus are also developing cultural, humanitarian, scientific and technical collaboration. In this regard, Belarusian leader proposed to resume the Days of Culture, which will help to bring peoples of both countries closer, popularise traditions, achievements and historical heritage. He also declared his intention to maintain contacts in education, culture and health.

In 2012, the Belarusian National Technical University opened the Centre for Kazakh Language, History and Culture named after Abai Kunanbayev, and accordingly the Centre for Belarusian Language, History and Culture was opened in 2013 at the Eurasian National University named after Lev Gumilev. The two governments have regular meetings within the framework of the Kazakh-Belarusian commission for scientific and technical cooperation.

At the CSTO session on Nov. 30, Nazarbayev announced the country’s priorities as the organisation’s incoming chair for 2017-2018. The session also included discussion of measures to strengthen collective security, the adoption of a declaration in connection with the CSTO’s anniversary, as well as a number of political statements by the heads of states on international security issues.

The session concluded with the consideration of the draft decision “On the plan for the implementation of the CSTO collective security strategy for the period until 2025” by the participating leaders of Armenia, Belarus, Kazakhstan, Kyrgyzstan, Russia and Tajikistan.