ASTANA – Maulen Bekturganov, one of Kazakhstan’s 100 New Faces, is the founder of MBionics, the company that developed and created the nation’s first bionic prosthetic hands designed for disabled people of the third group. The young engineer helps people return to regular life after losing a limb. 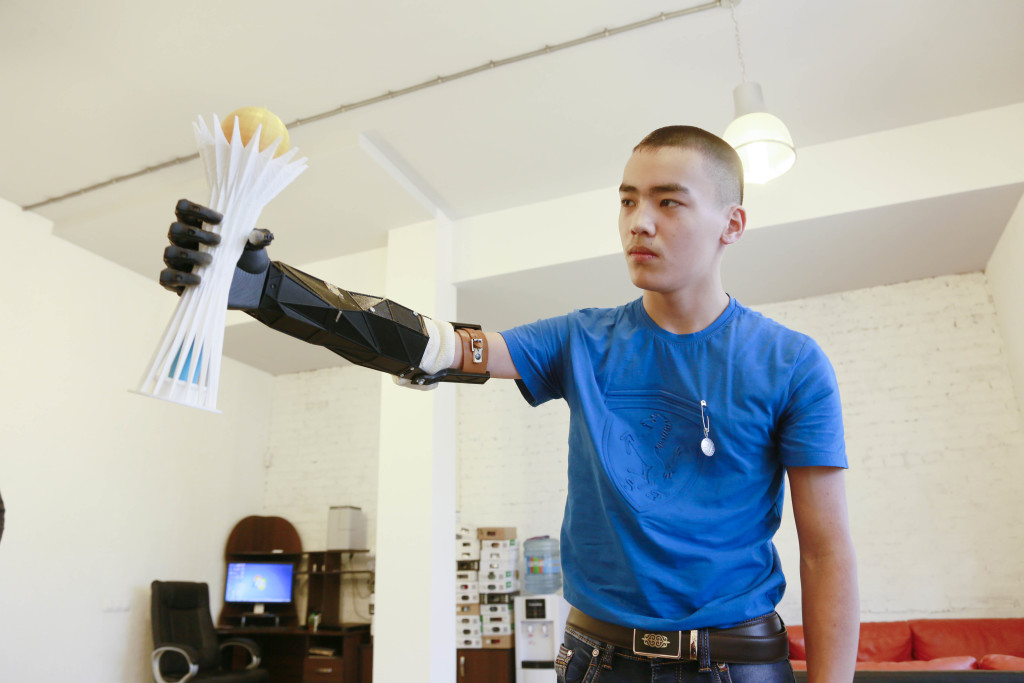 Fifteen-year-old Akezhan Argyngazin, of the East Kazakhstan region, is the first prosthesis owner.

“I was surprised when I learned that such prostheses exist in Kazakhstan. I liked even the prototype version, although that model did not allow squeezing and holding some objects. This prosthesis is more functional: it squeezes much stronger than my own hand and in a few minutes I learned to make several gestures,” he said.

Bekturganov made the first prototype in January 2016. Argyngazin is using the fifth model.

“In the fifth version of the prosthesis, we applied all the accumulated knowledge and achievements. This is a reliable and convenient device which uses the most successful solutions of five different models of prostheses. The software that we developed allows fully managing the prosthesis the next day after fitting,” he said in an interview for this story.

With existing analogues, several months are needed to learn how to manage the prosthesis, while Argyngazin, for example, learned the way to fully use MBionics’ product in a week. The company uses only certified details, while most start-ups use cheap ones, said Bekturganov, adding the device is also easy to attach without glue. 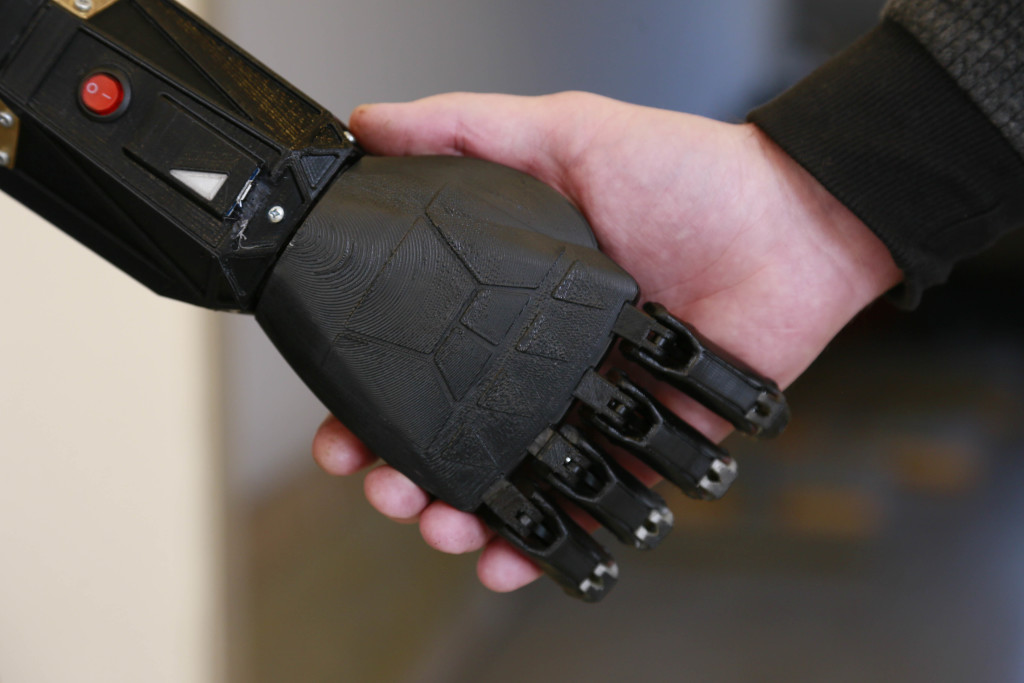 The prosthesis was developed with the help of 3D PM, which provided prosthetic socket modelling and manufacturing using 3D printing and based the prosthetic details on stump scanning. MBionics specialists engaged in electronics and software development.

“Kazakh developers for the first time managed to create a model of a bionic prosthesis, which is practically applicable in domestic conditions. Unlike imported analogues, we have manufactured a customised product that takes into account all the features of the biometrics of a particular person. Saving time and resources is achieved by scanning the stump at the stage of modelling the elements of the prosthesis,” said 3D PM co-founder and technical director Oleg Lobakh.

“With the help of such a prosthesis, a person can take a cup in his hand or open a door. He can even play sports! And there is no need to cut the hand to connect nerves with the bionic wrist. The prosthesis is equipped with sensors that are attached to the skin. Each prosthesis must be assembled individually to better suit a particular user. For example, when a person has muscle atrophy, the individual settings of the prosthesis can help him or her manage the prosthesis, even if he or she has already forgotten how to manipulate fingers or wrist,” said Bekturganov. 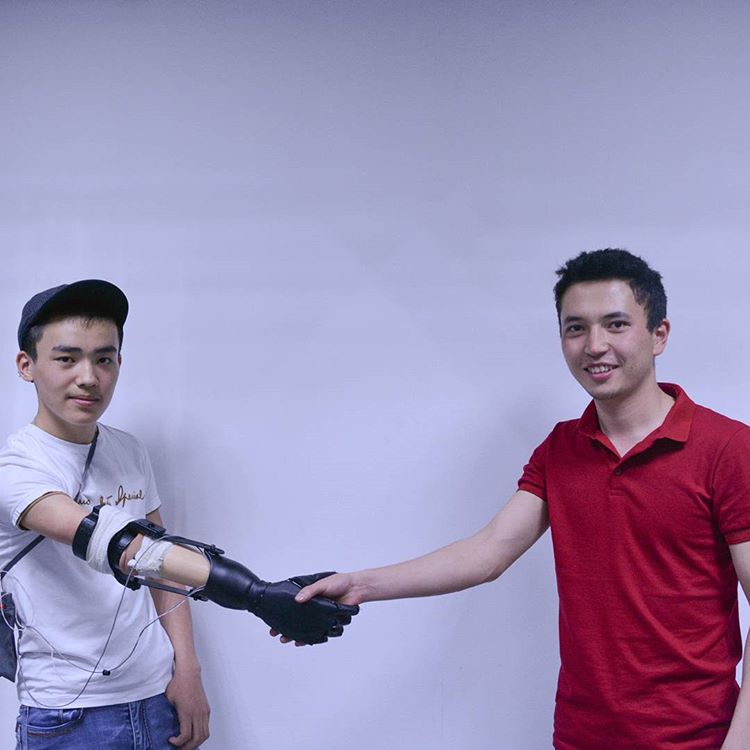 In creating MBionics, Bekturganov emphasised reliability. The prostheses, made with impact-resistant plastic, are currently produced on a 3D printer, but he wants to replace certain parts with titanium. The company also plans to produce traction prostheses, wrist trainers for individuals who have suffered strokes.

Bekturganov’s journey in the field started in 2015, when he first saw a device that enables a person to interact with technology through muscle impulses, or the power of thought. He was interested in the technology and began studying it in detail. Bekturganov had the idea of ​​helping those who lost their hands and decided to make a bionic prosthesis controlled by muscle impulses.

He first made a prototype which repeated the movements of his own hand. The second model, devised in fall 2016, was more suitable for a prosthetic hand. Bekturganov invented the third version similar to the second prototype in its control system, followed by the fourth model in April 2017 which was successfully installed and tested.

Bekturganov subsequently founded MBionics, where he and his colleagues are working on developing new versions of bionic prostheses. While he admitted lack of financing is an issue, he does not want to attract investors. The company plans to expand as the sales grow, even though several months are needed to create each prosthesis since the company has a small number of employees.