By Frol Leandoer in Business on 12 December 2017

ASTANA – China Construction Bank (CCB) is considering opening a subsidiary in Kazakhstan as a result of negotiations between the governments. The parties understand the important role of Kazakhstan as a link in China’s Belt and Road Initiative and the nation’s financial institutions. 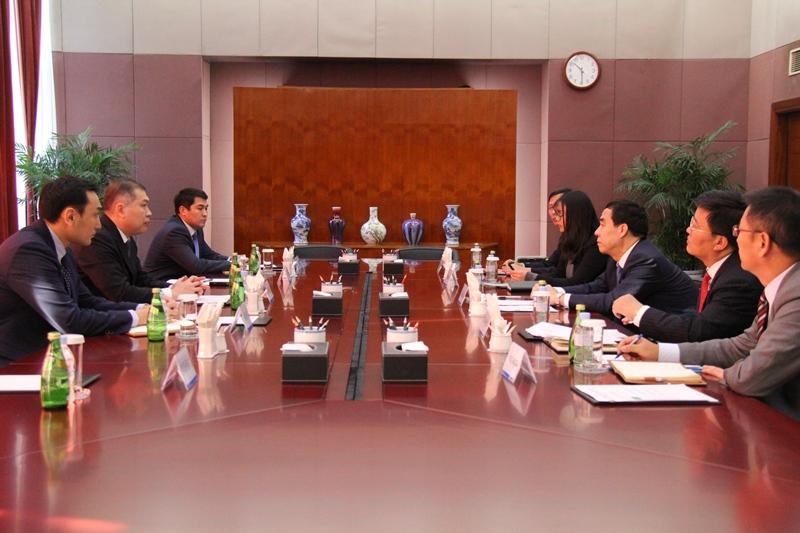 Kazakh Ambassador to China Shakhrat Nuryshev met with CCB board chair Tian Gol to discuss cooperation issues between the country’s and bank’s financial structures. Nuryshev noted the important role of Chinese financial institutions in combining the Nurly Zhol new economic policy and Belt and Road, as well as in implementing 51 projects worth $28 billion under the Kazakh-Chinese industrialisation and investment programme.

“In 2013, Chinese President Xi Jinping paid a state visit to Kazakhstan and put forward an initiative to build the Silk Road Economic Belt. Over the past four years he visited Kazakhstan three times, which indicates the high level of our relations. This contributes to the development of political, trade-economic and cultural-humanitarian cooperation between the two countries. Recently, the Shanghai International Stock Exchange successfully hosted the presentation of the Astana International Financial Centre (AIFC), which will be starting in 2018 on the territory of EXPO 2017 and operate the largest financial hub in the Central Asian region. In this regard, we invite your bank to take an active part in AIFC activities,” said Nuryshev.

“Kazakhstan has great potential and is an important link in the implementation of the initiative of the Silk Road Economic Belt. Our bank is ready to take an active part in implementing projects and investing in the country’s economy,” said Goli.

CCB has approximately 375,000 employees. The bank has 15,000 branches in China, 11 subsidiary banks and 22 branches abroad, including in East Asia, Germany, Russia, South Africa, the U.S., U.K., and Vietnam.