ASTANA – Organisations that assess corruption levels in Kazakhstan praised the country’s economic and social political reforms during Nov. 28-30 meetings in the United States. 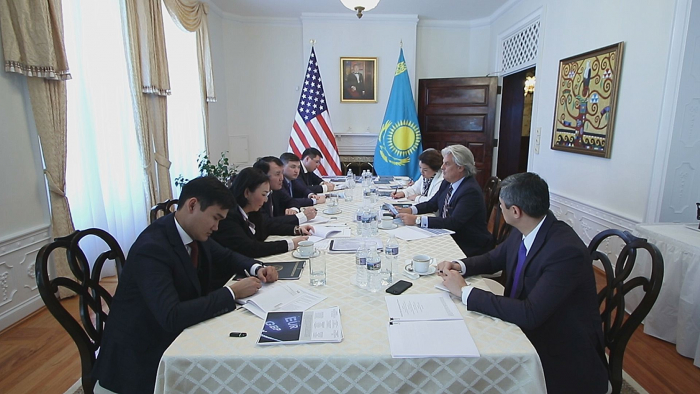 Deputy Chairman of the Kazakh Agency for Civil Service and Anti-Corruption Affairs Alik Shpekbayev travelled to Washington, DC, for meetings with representatives from the U.S. Federal Bureau of investigation, World Justice Project, Freedom House, the World Bank, the U.S. State Department and the Political Risks Service.

According to a press release from the agency, Deputy Assistant FBI Director Matthew Moon said Kazakhstan’s anti-corruption policy and its tools are progressive and effective. He added that the United States has implemented similar measures which creates opportunity for bilateral cooperation. He also noted that Kazakhstan’s 10-15 year goals meet international standards.

Freedom House Vice-President Robert Herman said the Kazakh Agency for Civil Service and Anti-Corruption Affairs is addressing all forms of corruption and is helping form an anticorruption culture across social groups in Kazakhstan.

Alejandro Ponso, chief research director of the World Justice Project, also praised Kazakhstan, saying he witnessed the results of the reforms during a summer visit to Astana and said the reforms could improve the country’s position in international ratings.

Also during the meetings, the Kazakh side pledged to provide information on anticorruption measures, involve NGOs in anticorruption policies and continue to develop an anti-corruption culture.

PwC representatives said the company would like to work with the agency to create a favourable investment climate, solve social problems and build trust in society.

According to Transparency Kazakhstan representatives, the foundation’s goals align with those of the agency, including creating government transparency and combining the efforts of the state, society and business to counter corruption. The representatives also said the agency is a strategic partner and that they had been cooperating in recent years.

During the event, proposals were offered to increase the efficiency of the state apparatus.