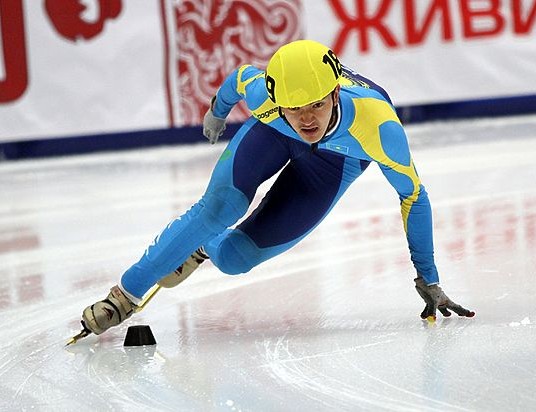 Zhumagaziyev, 27, who thanked the Kazakh fans for their support, could not hide his emotions as he commented on the news.

“I was very happy because I thought that I won licenses only for 500 and 1,500 m. I was close in 1,000 m, but I did not know exactly [if I would make it]. I tried to run in all the distances at each stage and I put much nerves and strength into it. But due to an injury, I had to miss the 1,000 m run at the third stage. At the fourth stage in Seoul, I was only 23rd, so I did not know if I qualified or not. Therefore, it is really great news for me. There is now time to put all my strength into training for  PyeongChang,” he said.

Kazakh short track spans more than three decades, but the sport’s increasing popularity in the country resulted from its skaters’ surprising performance in the 2014 Sochi Games. The national team placed fifth in the finals of the 5,000-metre relay, an unprecedented success. Since then, Kazakh skaters have been considered one of the few rivalling the sport’s trendsetters, including Canada, the Netherlands, Russia, South Korea and the U.S. The country is hopeful its skaters could make an upset and compete for high places in February.