By Dana Omirgazy in People on 2 December 2017

ASTANA – Kazakh poet and founder of the Nevada-Semey international anti-nuclear movement Olzhas Suleimenov received Nov. 28 the Order of the Rising Sun, one of Japan’s most distinguished national decorations. Ambassador of Japan to Kazakhstan Ichiro Kawabata congratulated and thanked Suleimenov for helping enhance the relationship between Japan and Kazakhstan in their common quest for non-proliferation and disarmament of nuclear weapons. 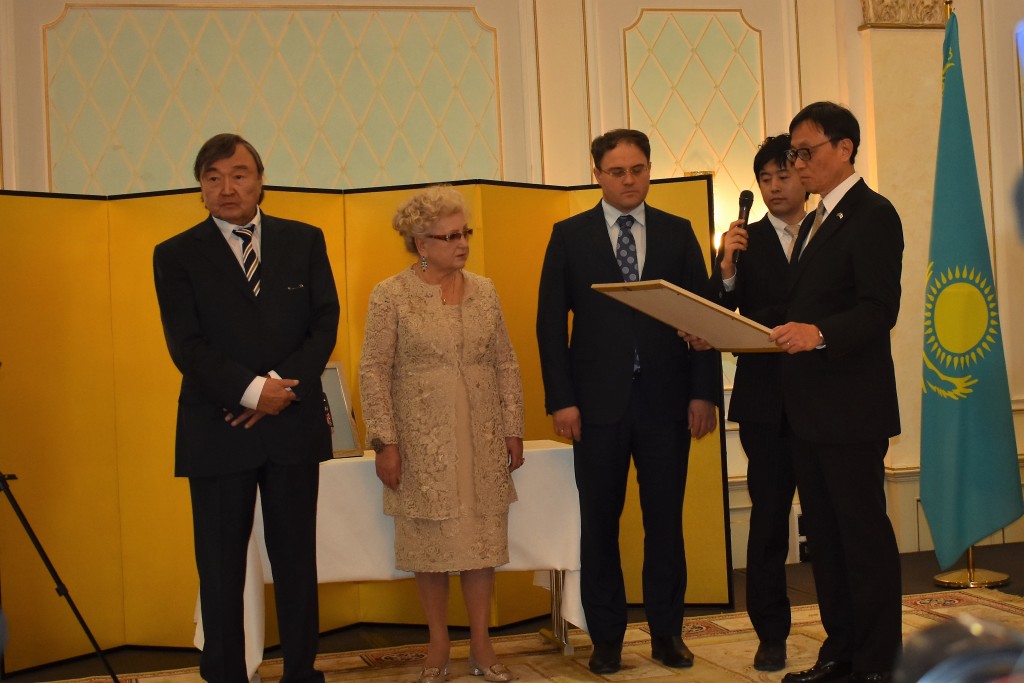 Suleimenov spoke words of gratitude focusing on his respect to the people of Japan, culture and huge potential of intellectual and spiritual potential of Japanese people.

“I have attended annual receptions of the Embassy of Japan more than once…, but it is the first time I am going to be leaving one with the order,” Suleimenov emphasised drawing smiles from a large audience composed of locals and foreign audience who gathered at Astana’s Radisson Hotel. “We need to take a lot from the experience that the Japanese people have brought out of their past, and sometimes tragic present. We, writers, will continue to bring our peoples together.”

In his speech, Kawabata reiterated that nuclear disarmament and non-proliferation are the most important basis for bilateral cooperation between Japan and Kazakhstan.

“This year, Japan and Kazakhstan continue to cooperate closely in the interests of peace and security of the international community as non-permanent members of the UN Security Council,” he noted. 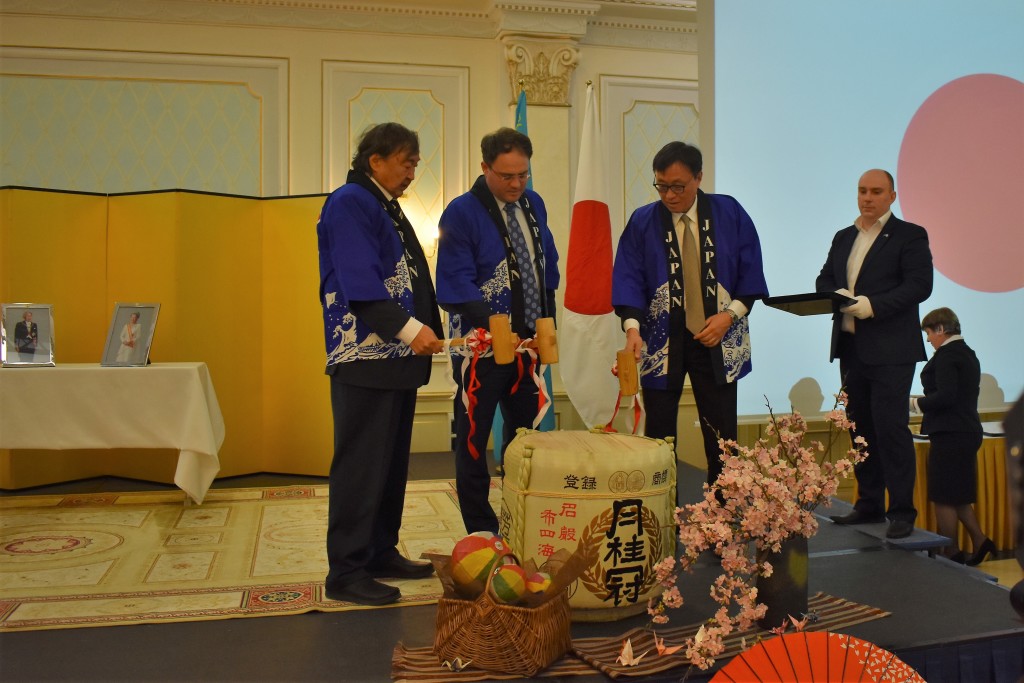 Conferment ceremony of the Japanese Imperial Decoration of the Order of the Rising Sun took part during the official reception on the occasion of the 84th birthday of Emperor of Japan Akihito.

“His Majesty the Emperor Akihito will turn 84 years old on Dec. 23. I would like to commemorate His Majesty’s birthday with you. This year, Japan and Kazakhstan are celebrating the 25th anniversary of the joint relations. On behalf of the government and people of Japan, I would like to express my sincere gratitude to all those who supported the development of cooperation between our countries in the last quarter of a century,” the ambassador said during the official ceremony.

Kazakh Deputy Foreign Minister Roman Vassilenko noted that joint efforts to strengthen peace, disarmament and non-proliferation of nuclear weapons were evidence of the strong partnership between the countries.

“On behalf of the government of the Republic of Kazakhstan, I have a great honour to congratulate Japan on its national day. This year we are celebrating the 25th anniversary of the establishment of diplomatic relations between our countries. During this short time, our beneficial strategic cooperation has reached its peak.  We have achieved a high level of bilateral political understanding and we are successfully developing economic cooperation between our countries,” Vassilenko said.

The official part of the reception ended with traditional sake barrel cracking ceremony. Suleimenov and Vassilenko were called on stage alongside the ambassador to crack open the barrel.