ASTANA – Kazakh National Bank recently revised its forecast for 2017, changing the country’s expected economic growth rate to 3.5 percent from the previous 3.1 percent, while projecting next year’s rate decelerating to 2.8 percent. The revision was due to the third quarter economic recovery acceleration in the real sector, according to the regulator’s press release. 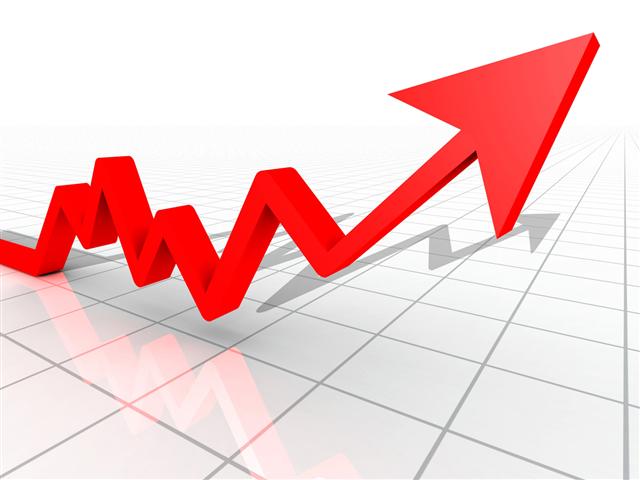 “The main contribution to economic growth was made by the extraction of mineral resources. The positive dynamics in other sectors of the economy remain. The short-term economic indicator, based on the change in the indices of output in the basic sectors, grew by 5.4 percent in the first 10 months of 2017 as compared with the corresponding period of the previous year. As expected, the growth of investments in fixed assets continues to support the growth rate of the economy. The current moderate growth rate of investment is expected to remain on the background of the expansion of production activity,” read the statement.

Forecasts indicate national inflation will remain close to 6-8 percent during the fourth quarter, entering the target corridor of 5-7 percent in 2018. The predictions increased compared to the estimates issued in July-August.

“This reflects the supply shocks in the market for meat products and fruits and vegetables, as well as the petroleum products supply shocks and the weakening of the tenge exchange rate against the U.S. dollar, caused by the non-fundamental factors that led to an increase in inflation expectations. At the same time, the effects of these shocks are expected to disappear in quarters two-three of 2018. Stable oil and grain prices and a decrease in inflation expectations, along with weak disinflationary pressure coming from domestic demand, will lead inflation to enter the target corridor of 5-7 percent in 2018 and 4-6 percent in early 2019,” it added.

The recovery of household consumption has been slow, noted the bank. While it is supported by growth in retail lending, it is limited by reduction in real household income.

“In view of this fact, the assessment of the output gap over the forecast horizon was revised from being slightly positive to slightly negative, which indicates that disinflationary pressure in the economy remains throughout the forecast period. The gap is estimated to close in the second quarter of 2019,” said the bank.

Changes are not anticipated relating to economic diversification, although it contributes to the significant susceptibility to external shocks. The preconditions for economic growth in the forecast period have not changed. The recovery of domestic consumption and increase in investments in fixed assets are still expected.

GDP growth will be restrained because of increased imports of consumer and investment goods due to expanding domestic demand, noted the bank. The dynamics of external demand corresponds to the trajectories of the previous forecast round, which assumes the restoration of the European Union’s economy, weak positive GDP growth rates in Russia and subdued but still high economic growth in China.