ASTANA – To celebrate the International Human Rights Day, Kazakhstan’s Ministry of Foreign Affairs hosted the round table “Human Rights as the Basis of Harmonious Development of Society and the State” on Dec. 7 in Astana. 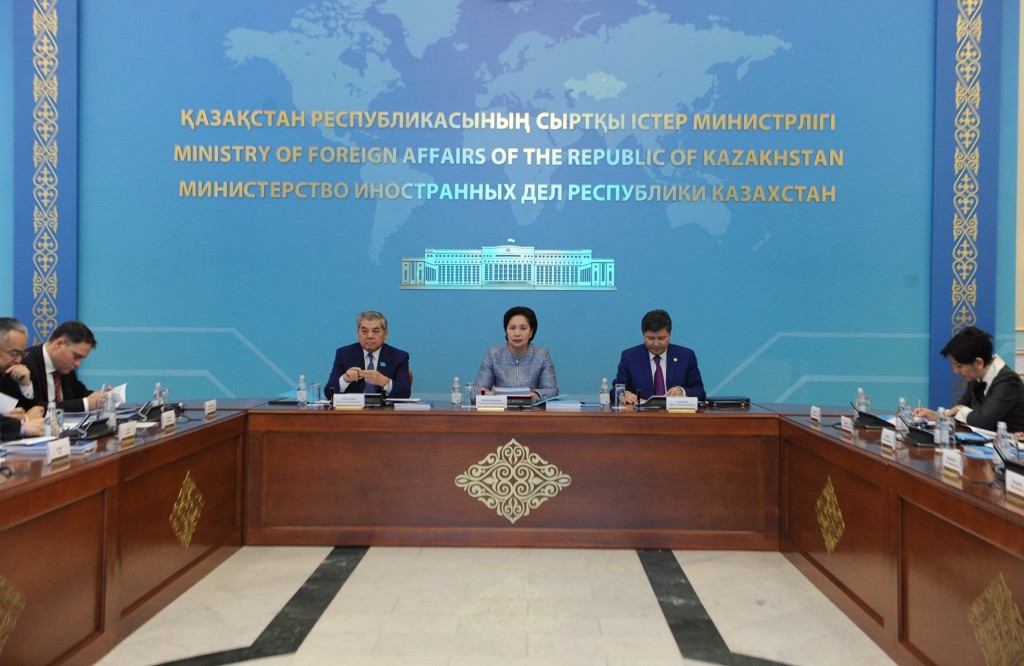 “President of Kazakhstan Nursultan Nazarbayev attaches great importance to the rule of law and the establishment of a legal culture in Kazakh society and respect for the constitutional rights of citizens in the context of the international obligations of our country,” stressed Abdykalikova, opening the round table. “Kazakhstan has created a dynamically developing national system for the protection of human rights; its system-forming elements include the institution of the Ombudsman and the Commission on Human Rights under the head of state, which is a reliable link between the institutions of civil society and state bodies,” she added, . She noted the timeliness of their discussions on the eve of the 70th anniversary of the Universal Declaration of Human Rights (UDHR), adopted by the UN General Assembly on Dec. 10, 1948 as Resolution 217, as well as the preparation of a national report under the Third Universal Periodic Review in the UN Human Rights Council (UNHRC).

The chair of Kazakhstan’s Human Rights Commission stated that the Constitution of Kazakhstan, having consolidated the political and legal bases of sovereignty, proclaimed the life, rights and freedoms of a person regardless of origin, social status, nationality, language and religion as the highest values ​​of the state. “Kazakhstan is always guided by its international obligations in protection of human rights. The norms of human rights agreements approved by our state are included in the national legislation and practice of law enforcement,” Sultanov noted. 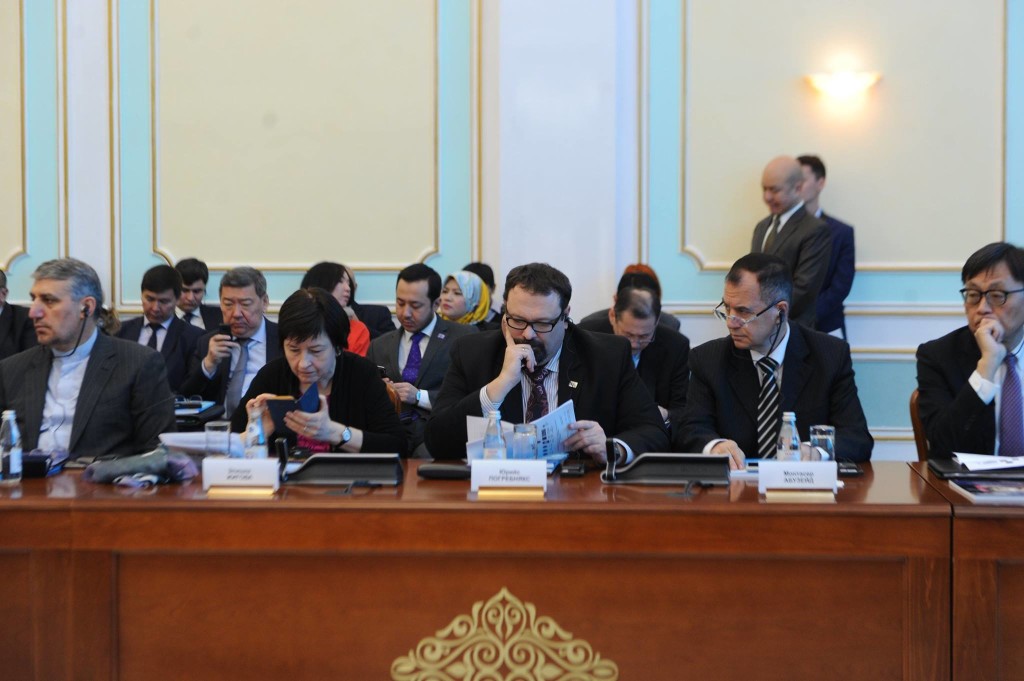 Asanov informed participants about new procedures and mechanisms in working with citizens developed in 2017. “In accordance with the instructions of the head of state, we have improved the principles of working with citizens with the aim of increasing efficiency and saving resources. One of the results of the work done is the creation of our Law Enforcement Services Centre, which does not have any analogue in the world,” he said.

Vassilenko pointed out that to date, Kazakhstan has joined all key international instruments in the field of the human rights promotion and protection, which demonstrates the firm commitment of the country to the values ​​and principles of human rights protection, as well as to consistently strengthening its national human rights system. “Kazakhstan actively interacts with the mechanism of the special procedures of the UNHRC. In 2009, we sent an open invitation to all mandate holders of the special procedures of the UNHRC,” he stressed.

Shimomura thanked the Kazakh government for organising this important event and confirmed the readiness of the UN to provide further support to the initiatives of the government of Kazakhstan and the Human Rights Commission under the President. “The UN structures represented in your country are always ready to cooperate in fulfilling all obligations in the field of human rights and promoting sustainable development in Kazakhstan and beyond,” he stated.

Assuring the commitment of the EU, the Organisation for Security and Cooperation in Europe (OSCE), the IOM and British government to continue providing support to Kazakhstan in its efforts to ensure harmonious dialogue between civil society and the state, foreign speakers welcomed the Kazakhstan-EU Human Rights Dialogue in the framework of the Enhanced Partnership and Cooperation Agreement, the establishment of the office of the Ombudsman for Children’s Rights and Kazakhstan’s growing desire to strengthen engagement between government and civil society. 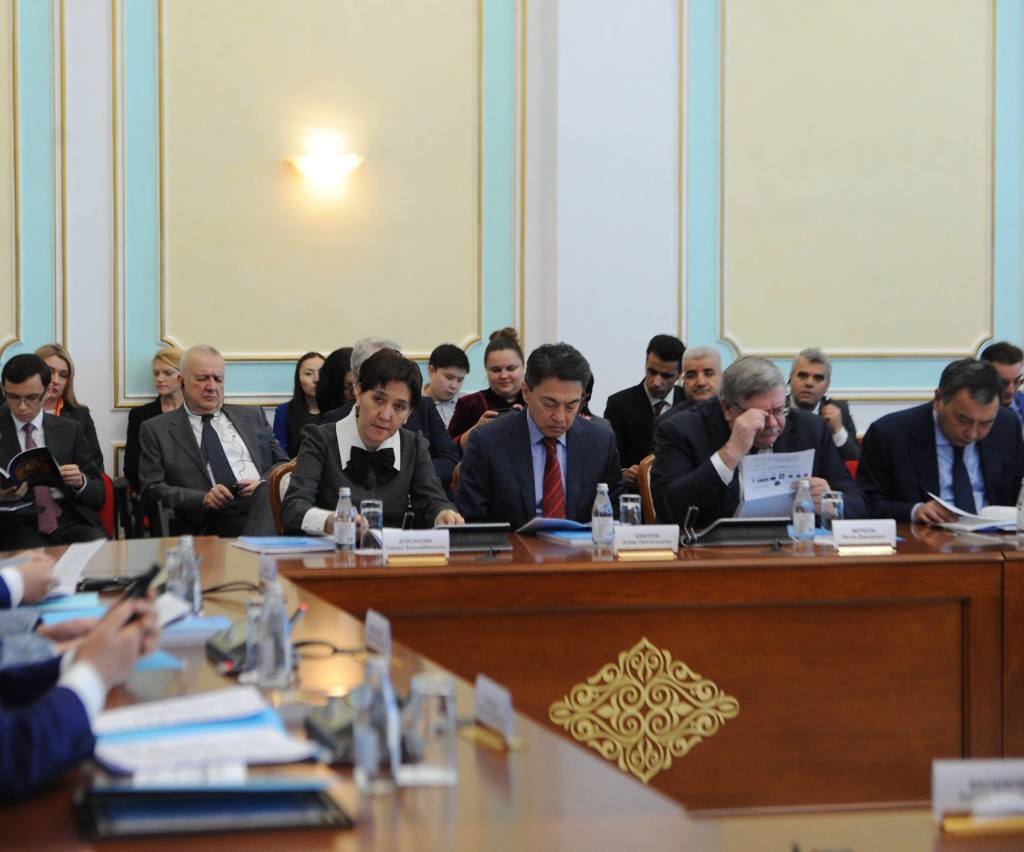 Concluding the work of the round table, Sultanov presented a letter of gratitude to Szabo to mark the completion of OSCE Programme Office supported training seminars on human rights protection mechanisms that had been organised for representatives of the local governments, civil society and judiciary of areas in the West Kazakhstan, Kostanai and North Kazakhstan regions.