ASTANA – After years of research and testing, Genome Cosmetics opened its first high-tech manufacturing plant this fall in Stepnogorsk, Akmola region. The facility can become the heart of the cosmetics industry in Kazakhstan and Central Asia, said enterprise head Zhanibek Kenzhebayev in an interview for this story.

“Cosmetics for facial and body care are produced under the brand Genome. They are based on a breakthrough technology developed by the joint efforts of scientists from Kazakhstan and Germany. The uniqueness of Genome Cosmetics lies in the use of formulations of the ReH Bio-nucleotide complex, highly active and natural extracts that help to solve one of the most urgent tasks of our dear women – to stay young and beautiful as long as possible,” he said.

Kenzhebayev believes the project will have great significance in the national economy, since the locally-made cosmetics will be competitive with world brands and give a new impetus to developing the industry and a related one, as well as set a new standard for local cosmetics.

“We could have opened stores and worked with trade networks, but we wanted to make products available for Kazakh women. To do this, we tried to optimise the business as much as possible. First of all, we focus on online sales. In addition, we make a low margin; we do not have a mark-up of 200-300 percent as usually happens with players in the market. We do not have stores, do not hire sellers and do not spend a huge amount of money to be exhibited on shelves. We sell everything through genome.kz. In Kazakhstan, we deliver free of charge within three to four days,” he said.

The company plans to sell 20,000 units per month in the first year. The facilities allow producing millions of products annually.

Genome’s history began in 2011 after an incident at a pharmacology research laboratory where a group of Kazakh and German scientists were studying unique pharmaceutical preparations based on natural extracts at the cellular level. While carrying out the tests, they found that active substances have special mechanisms for moisturising, nourishing and regenerating skin cells. Intense discussions of the results led to continued work to create highly-efficient, domestically-produced cosmetics. As a result, the ReH Bio-nucleotide complex was invented.

The first successful, innovative cosmetics products attracted attention among Kazakh development institutions. With their support and partners from Germany, the team developed unique formulations for skin care cosmetics in 2013. The results made it possible to attract the World Bank’s investment to bring the idea to industrial production, with $1 million invested in the project, said Kenzhebayev.

The intermediate stages of development were presented to President Nursultan Nazarbayev in 2015. He expressed hope that in near future local and foreign women would use cosmetics made by the first Kazakh industrial manufacturer.

Selecting Stepnogorsk for the location of the plant was a purposeful decision, said Kenzhebayev. 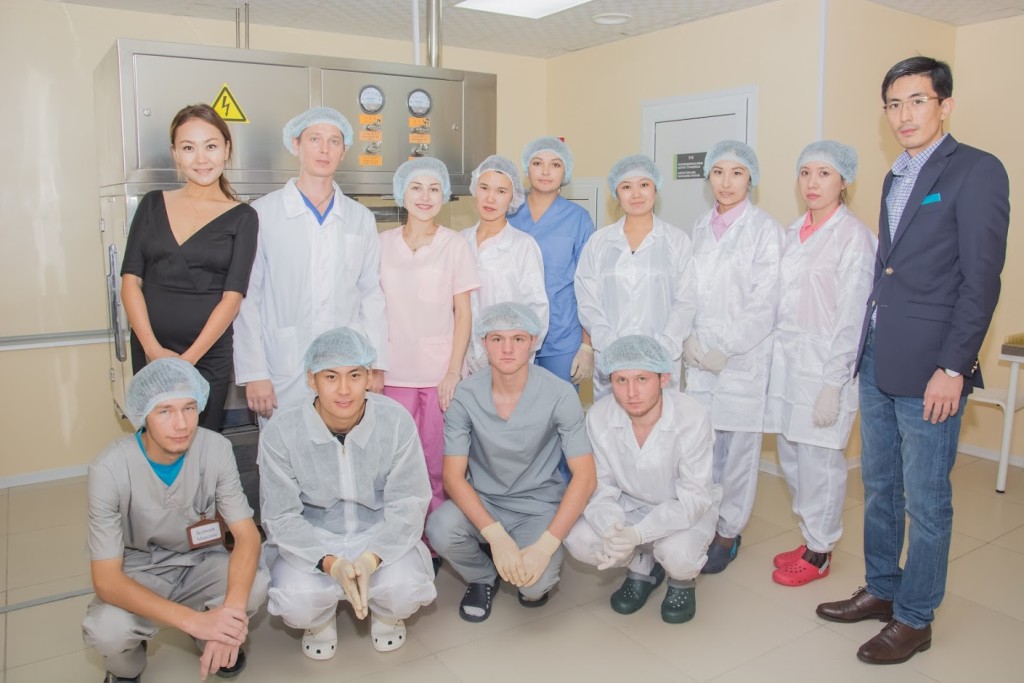 The production laboratory is equipped with high-tech machines and meets the high-quality standards of the International Organisation for Standardization (ISO) and good manufacturing practices (GMPs). The smart ventilation system ensures sterility and air purity in the production premises, holding more than 99 percent of microparticles with a size of 0.3 microns or more. The water treatment system supplies the whole enterprise with the purest water, removing unwanted chemicals, biological pollutants, solid particles and gases, according to the company website.

“The production laboratory staff consists of the best and the most responsible specialists in the industry who believe in the success of products and carefully supervise their quality. All cosmetic products underwent independent testing and certification and have a ‘safe’ status, which is regularly confirmed by our own analytical laboratory,” added Kenzhebayev.