Caspian Sea FMs agree to draft convention on delineation, use of sea

in International on 6 December 2017

ASTANA – Foreign ministers from Caspian Sea states agreed to a draft convention covering the delineation and use of the Caspian Sea during a Dec. 4-5 meeting in Moscow. The convention is expected to be signed during the fifth Caspian Summit in Kazakhstan in 2018. 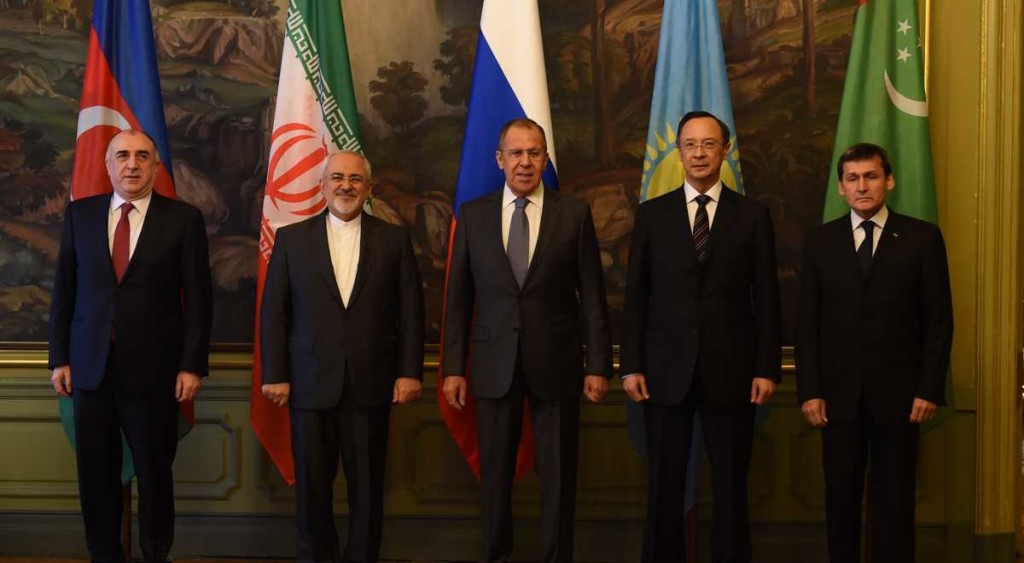 The draft convention covers the delineation of the seabed and the depths of the Caspian Sea, transit from the Caspian Sea to other seas, the oceans and vice versa, as well as the maritime regime in territorial and inland waters, submarine cables and pipelines along the bottom of the Caspian Sea.

Caspian Sea states have been working on the convention for more than 20 years. The draft document establishes the fundamental principles of the activities of the parties in the Caspian Sea, the delineation of the marine area, the national bottom sectors, the implementation of military cooperation and economic activities related to the development of biological resources, the seabed and subsoil, navigation, environmental protection, marine scientific research and other issues. It is believed that the convention will help avoid misunderstandings in Caspian interstate relations, which previously arose because of various interpretations of the laws on the Caspian Sea.

Parties are also preparing draft protocols to the Agreement on Cooperation in the Field of Security in the Caspian Sea of 2010 for signing at the Caspian Summit in Kazakhstan. To date, the parties have drafted protocols on combating poaching, ensuring safety of navigation, combating terrorism, organised crime and illicit trafficking in narcotic drugs.

In addition, the parties are developing draft protocols to the Framework Convention for the Protection of the Marine Environment of the Caspian Sea, including the Protocol on Environmental Impact Assessment in a Transboundary Context in order to ensure the environmental safety of the Caspian region.

The efforts of the Caspian states are aimed at achieving peace, security, stability and ensuring sustainable economic, environmental, cultural and humanitarian development and cooperation in the Caspian region. Participants also believe settling Caspian Sea related legal issues will also help optimise the use of the Caspian sea’s natural resources and geographic location. 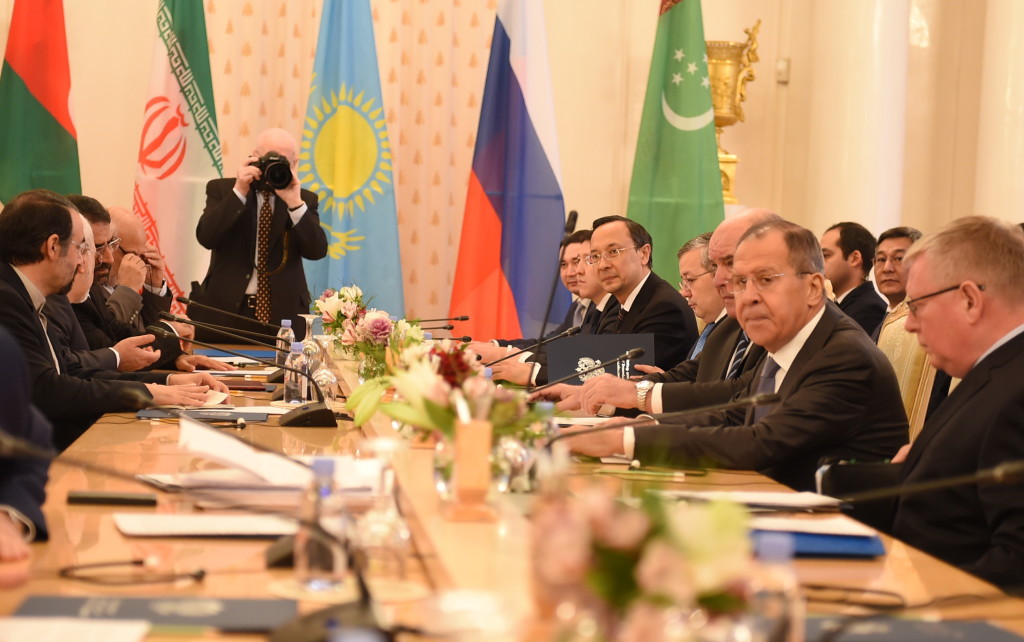 In particular, new prospects will facilitate cargo shipping across the Caspian Sea in accordance with Kazakhstan’s Nurly Zhol programme.

“ The President of Kazakhstan, Nursultan Nazarbayev, pays great attention to cooperation between the Caspian states. One of the main priorities that he put forward is the achievement of an agreement on the Convention on the Legal Status of the Caspian Sea. I am confident that the Convention, being a kind of ‘constitution of the Caspian Sea,’ will give a new impetus to cooperation of the Caspian states at sea and will become a guarantor of security, stability and prosperity in the region,’ Kazakh Foreign Affairs Minister Kairat Abdrakhmanov told the gathering.

The Caspian Sea status has been a key topic of discussions at each summit meeting of the heads of the Caspian states. The leaders of the five countries met for the first time in 2002 in Ashgabat. The Second Caspian Summit was held in Tehran in 2007, the third in Baku in 2010 and the fourth in Astrakhan in 2014.