ASTANA – Astana’s Hockey Club (HC) Barys lost to Metallurg Magnitogorsk 3-4, Dec. 3, at the Barys Arena in a desperate attempt to break the cold streak that now extends to seven games. 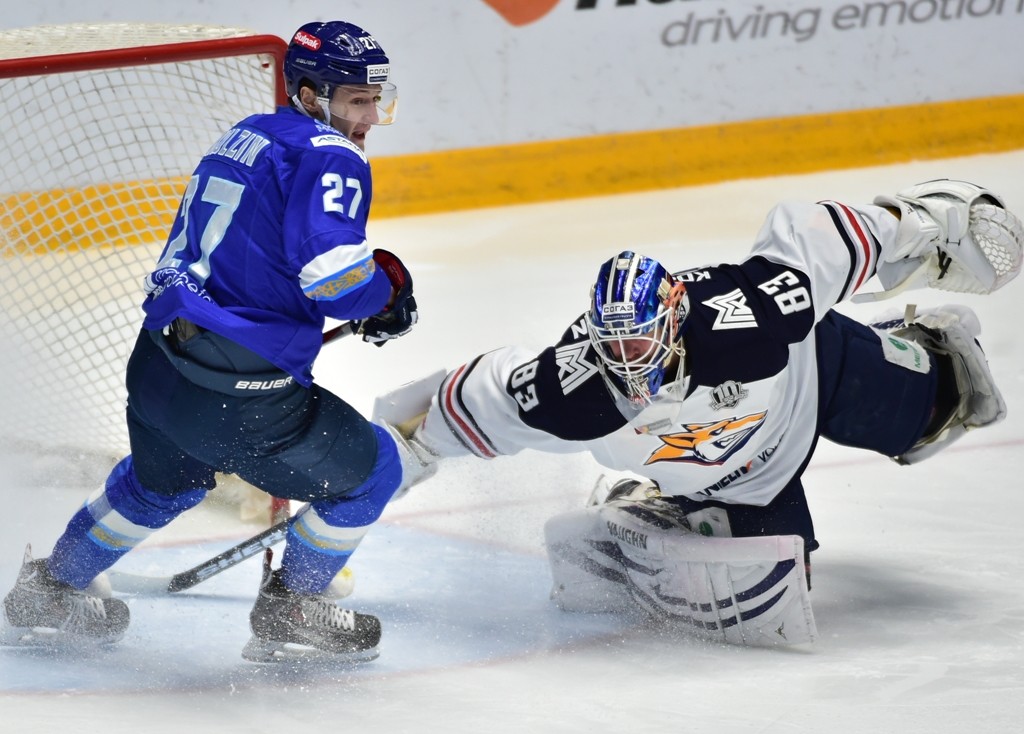 A sold out Barys arena hosted nearly 10,000 fans hoping to see Barys stop its losing streak and it seemed the evening started just perfect when Linden Vey scored at the 50th minute with assists from Nigel Dawes and Roman Savchenko.

Dawes is the top scorer in the league with 30 goals after 34 games, four goals ahead of Russia’s Ilya Kovalchuk of SKA.

However, Metallurg stayed focused. In the 6th minute, they already managed to tie the game, with Denis Kazionov scoring, and then with a little over three minutes got ahead with a goal by Denis Kokarev.

In the second period, Barys got an early break, as with too many men on ice Metallurg got a minor. However, Kazakhs failed to score and the next minute Metallurg got even on ice they allowed one more goal. Vladislav Kaletnik made it 3-1 and within the same minute Kazionov made it 4-1 with his second of the game.

That was it for Henrik Karlsson, Barys’s goalie. It just wasn’t his night, not when they couldn’t catch up with the wingers.

The fourth goal silenced the arena and only the host of the game in futile attempts desperately tried to awake the crowd.

Going into the second intermission, some fans were leaving in disappointment and only the most loyal fans stayed to support their struggling team only to get another wave of adrenaline.

In the third, Barys had only one thing to do and they did it well – first 22-year-old Artyom Likhotnikov scored to make it 4-2, then local star Talgat Zhailauov scored another 4-3 within a minute and under 10 minutes to go and Barys was back in the game! Only, it was too late.

Metallurg took a time out with two minutes to go, as Barys kept pushing with no result, while the crowd was ecstatic.

With 17 second to go, Barys yanked the goalie but the gong buzzed and the players left the ice with another disappointing loss.