ASTANA – Kazakh artist and Honorary Ambassador of The ATOM Project Karipbek Kuyukov took part in the Dec. 10 ceremony in Oslo, Norway where the International Campaign to Abolish Nuclear Weapons (ICAN) organisation was awarded the Nobel Peace Prize for 2017. 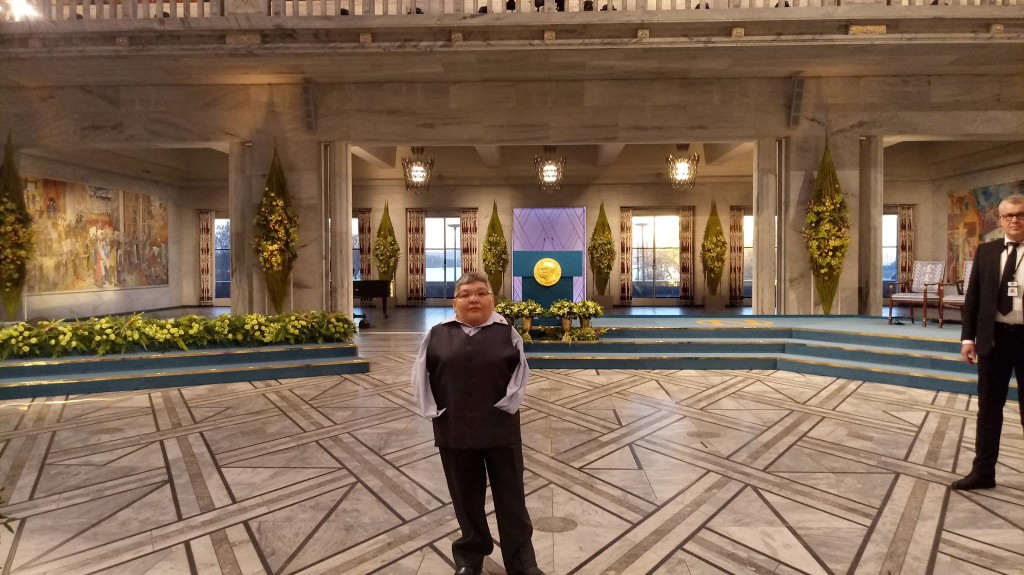 ICAN is a Geneva-based global civil society coalition made up of 468 partner organisations, including The ATOM Project, in 101 countries.

Kuyukov congratulated the winners of the Nobel Peace Prize, noting that the non-proliferation effort is at “the beginning of a long way ahead of which there is still much to be done.”

He also took part in event with representatives of the victims of the atomic bombings in Japan’s Hiroshima and the ICAN campaign. In his remarks, the Kazakh artist emphasised the importance of the foreign policy initiatives of President Nursultan Nazarbayev in the field of disarmament and non-proliferation. Those initiatives resulted in Kazakhstan becoming the first country in the world to voluntarily renounce the world’s fourth largest nuclear arsenal and shutting down the infamous Soviet Union’s nuclear test site at Semipalatinsk, providing an example to other world powers. 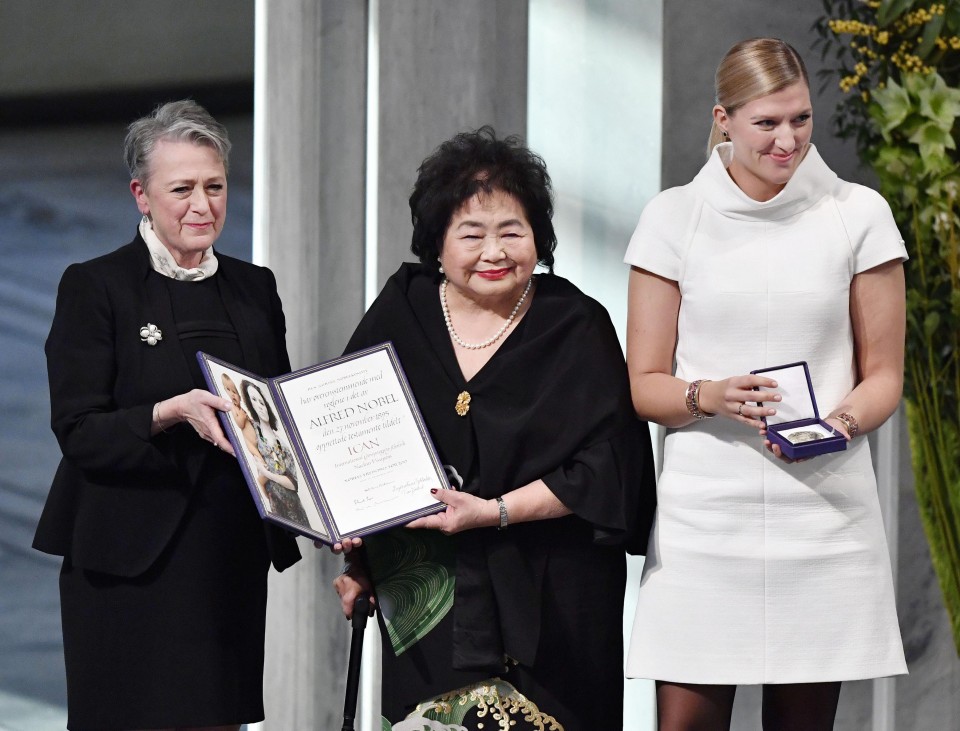 “I participated in the meeting of the Norwegian public with 20 surviving victims of atomic bombings (Hibakusha) from Japan. … I listened to the speeches of live witnesses of the Hiroshima and Nagasaki bombings. I was really touched by the words of one Japanese woman who said that Japanese women were very afraid of giving birth to children for a long time, and there was panic and fear, when they learned that they would have a child. … People kept silent about many things, and only now they began to speak about some events that led me to a shock … I met there a victim who remembers me young when we were together and participated in the Nevada-Semipalatinsk movement,” Karipbek wrote in a Facebook post.

The Nobel committee awarded ICAN the peace prize for ICAN’s “work to draw attention to the catastrophic humanitarian consequences of any use of nuclear weapons and for its ground-breaking efforts to achieve a treaty-based prohibition of such weapons.” 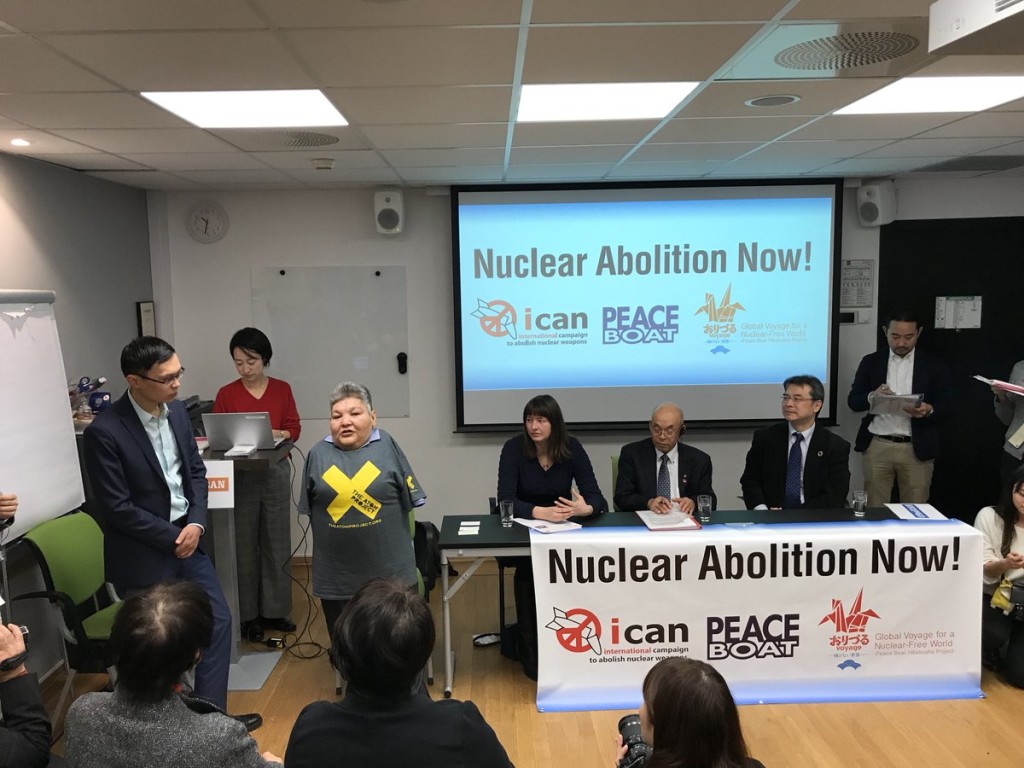 ICAN has played a key role in campaigning for the UN Treaty on the Prohibition of Nuclear Weapons, which was adopted by 122 countries in July 2017.

“It provides a choice. A choice between the two endings: the end of nuclear weapons or the end of us,” she said in her speech at the Nobel Peace Prize ceremony.